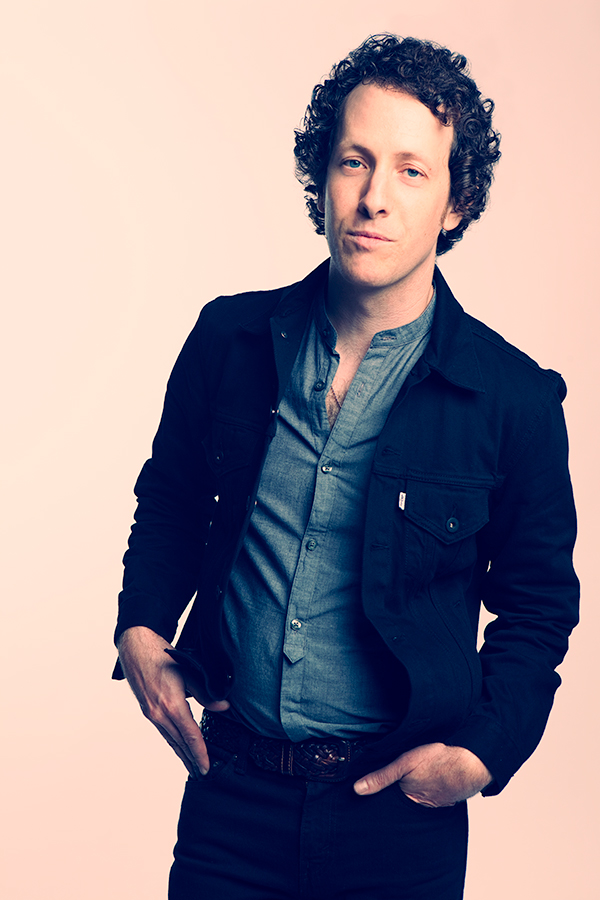 Mike Evin is a pop artist originally from Montreal, QC now living is Toronto, ON. He recently released his first single off of his fifth studio album. I had the chance to ask Mike a few questions about his background, his upcoming tour, and his music.

How old were you when you realized you wanted to pursue music as a career path?

ME: I was around 22. I started recording a 4 song demo in a professional studio which turned into my 10 song debut album. I had been doing lots of performing and home recording before then, but recording that first album is when I passed that “point of no-return”, so to speak.

Who have been your musical influences through your life?

ME: So many!! My first musical infatuation was with disco-era Bee Gees. Also was smitten with Simon & Garfunkel and James Taylor as a kid, listening to my dad’s cassettes in the car. I also wore out my copy of Thriller as a kid! Then came Elton John and Billy Joel, who were huge for me – especially Billy Joel. Then I got into jazz for a while – Dave Brubeck, Bill Evans, Oscar Peterson, Miles Davis. Then it was just one big phase after another: Bob Dylan, The Band, Randy Newman, old folk and blues field recordings from Alan Lomax, Motown, Stax, African music like Baaba Maal, township jive. Oh, and I almost forgot the Beach Boys!! They’re my favourite band of all time. Lately, I’ve been getting into classical music like Aaron Copland and Chopin.

You have been in the music industry for some time now, and will be releasing your 5th studio album soon, how has your sound changed through the years?

ME: I’d say many of my lyrics have become more personal, and the songwriting a bit more streamlined and simpler. More direct. Probably a little less quirky too, more accessible. More poppy. My early stuff was pretty all over the place, stylistically. But I’ve probably lost some of the whimsical nature of my early work. And I’d like to think my voice has gotten a lot better!!

Can you walk us through your writing process?

ME: It can happen many different ways, actually. My favourite way is getting a full lyric first, and then putting it to music afterward. I’m mostly inspired by lyrical ideas. Something will strike me and I’ll need to express it with lyrics, then the music will be inspired by that. Sometimes, I’ll just be fooling around at the piano and a certain riff will strike me and I’ll start singing stuff on top of it – that’s how “Have I Ever Loved?” came about. But after all this initial inspiration comes the process of refining it and editing it. Some of my new songs took a long time to refine after the initial burst of inspiration.

You released a video for your newest single, “Have I Ever Loved?”. What was the highlight of the video shoot?

ME: Many highlights! I’d say one of the biggest was having the pot-roast dinner that the director’s dad made for the 30+ cast and crew after having shot most of the video, knowing that we had made something really special.

How did you come up with the unique idea of the video itself?

ME: All credit goes to the director Matthew Burke and his girlfriend Kelly. We initially had a whole different concept, but it was gonna be hard to make with the budget we had. Matthew’s parents live in this community of seniors near Barrie, and it seemed like an obvious concept to go with. It was actually his first idea, but he dismissed it because it came too easily!

How has the fan response been for the video?

ME: It’s been amazing so far!! Just to hear how people have been resonating with the video and song – wow, we’re really lucky to have been able to make something that people get excited by. A lot of people have expressed how the video has picked them up out of bad mood right away!

You worked with JUNO-nominated producer Howie Beck on your upcoming album, “Life As A Lover”, how was that experience?

ME: Wonderful. Howie and I connected right from the get-go. I think we related to each, and probably have gone through similar relationships to music over the years. Howie had an outside perspective on my songs and musical style that I didn’t have, so he helped keep the album cohesive, both musically and lyrically. Plus, he’s a multi-instrumentalist, so we were able to pretty much play all the instruments between the two of us. That kept the process intimate and efficient.

Is there anyone else you would like to work with in the future?

ME: I’d love to play with the guys in Wilco. I’d also love to start working with various filmmakers on music for their films. I love Wes Anderson’s films.

You have announced several tour dates for February and March in Ontario, Quebec and even a few US dates, when can fans expect a full Canadian tour?

ME: I definitely am looking forward to lots of touring. Probably as plans for the full album release become more solidified, I’ll begin doing more extensive touring. Hopefully by the Summer or Fall.

Speaking of touring, what is your favourite song to perform live? Why?

ME: Right now, it’s one of my new songs called “Al Green”. It just feels like a song someone else wrote, like a classic pop song. So it makes it a lot of fun to sing. It’s effortless. It sings itself.

ME: We’re going to be releasing another single next month, and I’ll be shooting some live videos. Right now, I’m focused on creating as much content as possible to keep the fans engaged. And booking more shows. The other focus is to keep developing my live act. I’ve been performing as a duo with a drummer who’s a great singer – Ian Mackay. He also plays with Basia Bulat. We’ve got such a great thing going.

At Canadian Beats, we like to include a portion of fun questions that may help your fans learn something new about you:

If you could only have one album on repeat for the rest of your life, which would you choose?

ME: The Beach Boys – Friends

ME: Dave Brubeck and Gerry Mulligan at Place Des Arts in Montreal

Who is your current favourite Canadian band/ artist?

ME: The Barr Brothers

What’s one thing that your fans may be surprised to learn about you?

ME: My first idol was John Travolta (before his Pulp Fiction comeback)

If you had to describe your sound in one word, which word would you choose?

ME: I am SO excited to get out there and start playing live for you guys again. See you out there!!