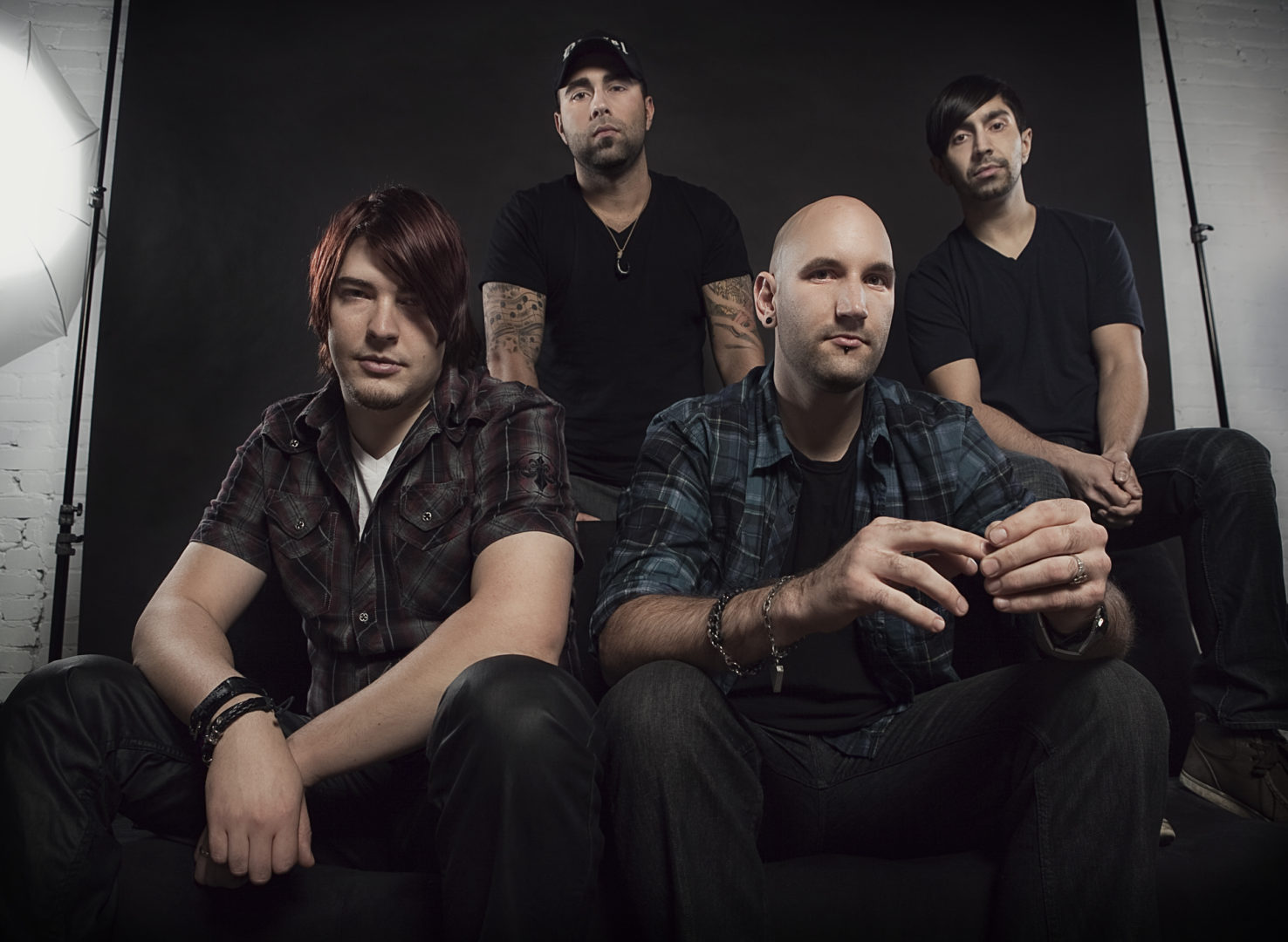 Four piece hard rock/alternative band Breached hails from Toronto. Consisting of Bobby Noakes (vocals), Mike Diesel (guitar, vocals), Ryan Alexander (bass) and Neil Uppal (drums) the band is set to make music video history. On January 26th they will release their video for their song “Piece by Piece”. What’s so different about that you may ask? The video will be interactive and will allow the viewer to more or less choose how they want the video to go. The single will be available for purchase on January 27th.

They have played on stages with many bands including Hollerado and One Bad Son throughout North America and have bands such as Avenged Sevenfold, Killswitch Engage, Alice In Chains and the Foo Fighters as some of their musical influences. Want to learn more about this band? Check out their social media below.

How long have you been in the music industry (as a part of Breached or otherwise)?

Breached: We’ve been a band since late 2010 but each of us have been playing in bands and performing since we were wee teens. That looks hilarious written out. Haha

What is your song writing process like (e.g. melody first, lyrics first, etc.)?

B: Typically we start with a melody or riff and build on it. Most ideas come and go in an instant so I’m thankful for the voice recorder app on my phone, most ideas come when I’m driving or in the shower. Those ones a bit trickier to record ..

What kinds of things inspire you to write songs?

B: Inspiration can come from anywhere for the weirdest reasons but typically reflecting. Whether it be on myself or my surroundings.

What made you pursue music as a career?

B: Listening to music as kid and looking up to whoever I was into at the time was the basis. Who didn’t want to be a rockstar? But then came time to actually learn how to play something. . If you love doing something, why not pursue it as a career? I couldn’t think of anything I’d rather be doing.

You’ve played with many bands throughout North America, including One Bad Son and Hollerado. How were these shows? Is there anyone you’d love to share a stage with in the future that you haven’t yet?

B: Playing with those guys was amazing. The shows were slammed and everyone had a killer time. Playing with arguably some of the biggest bands in Canada really helps push us to always be better. Watching these guys play side stage is something else. Wed love the chance to share the stage with Incubus, Alter Bridge, Papa Roach and Nothing More. Really digging what Nothing More is doing.

If someone hasn’t heard your music before, how would you describe your sound to them? Is there a particular song they should listen to first?

B: We sound like the offspring of Incubus and Alter Bridge but skipped the drooling and throwing up and went straight to teen angst. There’s no one particular song that we feel defines us as a band, but Piece by Piece or Left behind seems to be the tracks fans connect with the most.

Your new video for “Piece by Piece” is certainly unique and one of the most creative I’ve ever seen. What made you decide to make it interactive? Was it difficult to film and put together?

B: Our friends at Visual Arcade and LAC Productions approached us with the idea so we jumped all over it! To be the first Canadian artist to utilize this new technology is exciting, and to be able to engage with our fans in a new way is always rewarding. Shooting the video took place over a few days, and almost felt like we filmed 4 different videos. It was a lot of work, but definitely a blast!

Do you think this style of video is going to catch on with other artists? Will you make more like this in the future?

B: I think once other acts catch on to this you will see a lot more of it. I can see us doing more in the future, it would be hard to go back to a standard video.

Can you give your fans a little hint on what’s coming up next for you guys?

B: Once the video is released, we’re looking at playing a few festivals around Toronto and beyond and promoting the video and single. In the meantime, we’re constantly writing new material and looking forward to doing a full length this year.

Here at Canadian Beats we like to throw in some fun questions so your fans can get to know you a bit better:

Do you have a favourite music video that you’ve seen?

B: It’s a few years old now but I really liked the video for ‘ welcome to heartbreak’ by Kanye that video is a trip.

If you could collaborate with any other band/artist, who would it be?

B: I would love to collaborate with Lupe Fiasco. I’ve always loved hip-hop and he’s got some killer hooks in his stuff.

B: There are a ton of amazing Canadian bands, including Blind Race, The Bleeding Lights, and Lost Cause, who are sharing the stage with us on January 23rd at our Video Release Party at The Phoenix in Toronto!

What has been your favourite concert you’ve been to as a fan? As a performer?

B: A concert that always sticks in my mind is when A Perfect Circle played Ricoh Colliseum like 10 years ago or something. They were touring the 13th step album and Josh Freese had a broken arm if I remember right.. They sounded godly, Close second is QOTSA at the hummingbird center. They were frustrated with tech. Difficulties so they made it a request night. Fans shouted out random songs and they played. Amazing.

B: Right now, anything by “Nothing More” is playing. New favourite band, for sure.

B: We just want to thank everyone who has supported us, and who continues to support us. Every single like, view, share, torrent download, ticket bought, whatever, means the world to us and that’s why we do this.