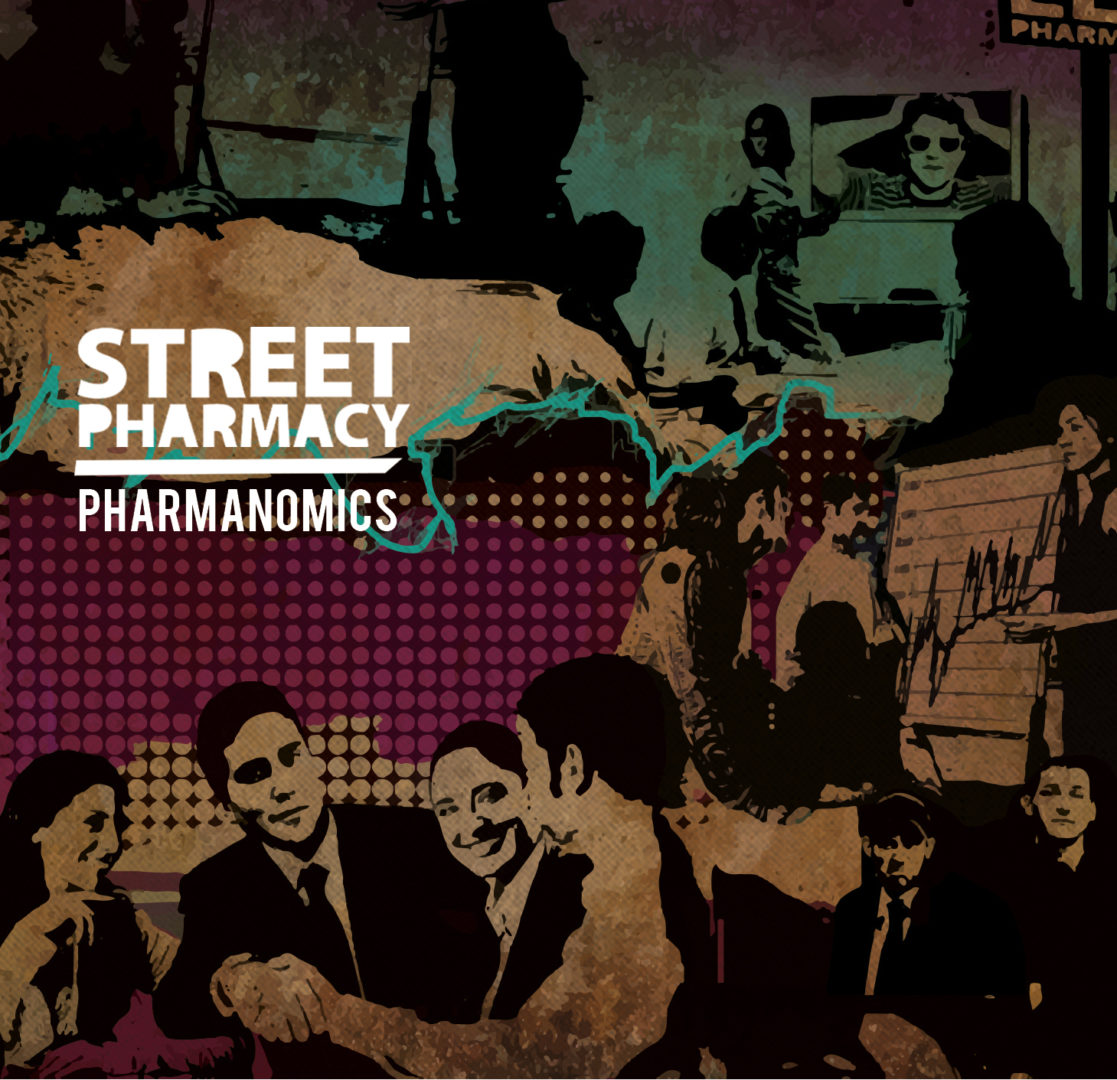 Reggae-rock band, Street Pharmacy from Welland, Ontario released their full length album entitled Pharmanomics on January 13, 2015. You may be thinking you already read a review of this album on Canadian Beats, but that was in fact their EP by the same name. This album is full length featuring all of your favourites from that EP, along with many more tracks.

As I’ve already discussed some of these tracks in my review of the EP, such as “To My High School Friends”, and “Waterslide”, I decided to focus on some of the other tracks.

The fifth song on the album, “Old Time Beat” features some other well-known Canadians from the band Walk Off The Earth such as Gianni Luminati & Sarah Blackwood, along with Sarah’s brother Ian Blackwood and Canada’s top beat boxer KRNFX. The song is very upbeat and has an intense rap/ reggae vibe that is infectious and if you’re anything like me, the song will be on repeat.

“The Morning Song” is another that quickly caught my attention. It’s one of the less upbeat songs on the album, but it’s still full of energy and has a way of exuding relaxing vibes. Ryan’s vocals are exceptional in this song, and it’s really all I hear. His voice really pulls you in, and once you’re in I doubt you’ll be leaving anytime soon.

If you are on the lookout for a new and unique album to become your favourite, this could be it! Now head on over to iTunes and pick it up!