By Jordyn Armstrong on January 22, 2015@jordynhannah95 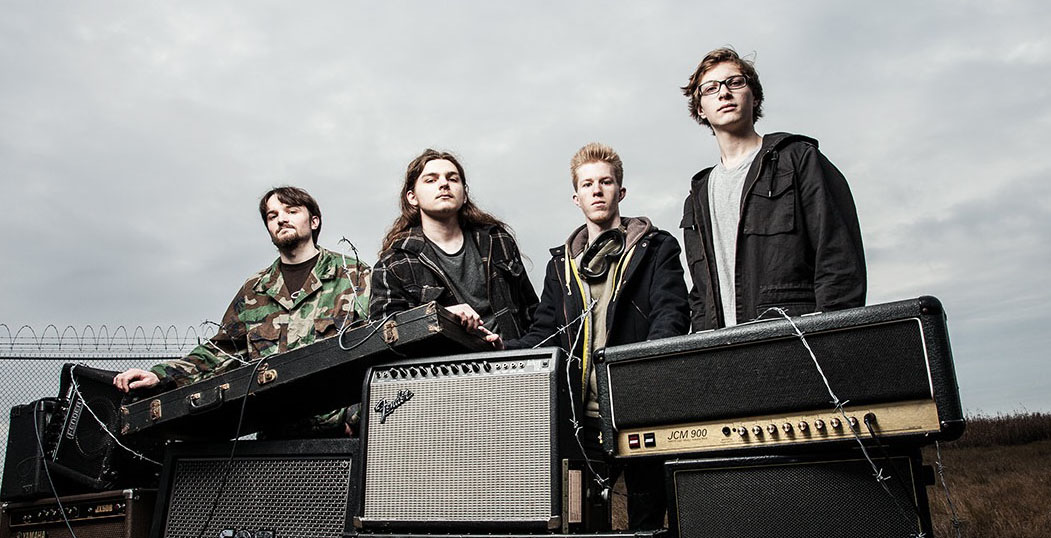 Alternative rock band from Delta, BC, Within Rust, has recently announced they are working on an album. Since forming in 2012 Nolen, MaF, Lewis and John have been making quite a name for themselves. In the last half of 2014, Within Rust has played shows across North America, leaving a dent in the music industry all over. We were lucky to do an email interview, so check out what they’re up to now!

The album you’re working on doesn’t have a name yet, but have you speculated any possible candidates?

WR: Yes, but we can’t really say. We’ll see how we feel about them as time goes on.

What can you tell us about what you’ve done so far on it?

Nolen: Yeah, we’re honing in on a more intricate, but refined approach to songs. We’ve got some cool stuff, we’ll see what happens with them as they get tracked.

How will this album differ from your older songs “Rorschach” and “The Taking”?

John: Hopefully better, we’re still finishing some of the writing off though in the studio.

Nolen: I’m pretty stoked on the new stuff. A good mix of the two styles you’d find on those earlier two songs, and plenty of ‘different’ stuff.

What are the main inspirations for writing your songs?

Nolen: A lot of different things. We’ll be here for a really long time if I go into detail on this. My lyrics are influenced by personal feelings of whatever and poking fun at how messed up the world is while building a good dark canvas for the instrumentals. This album’s an opportunity to tell a story and I’m just the guy who’s singing it. Been digging a lot of poppier stuff like The 1975 and Sia lately, also recently dug into Brand New’s ‘Deja Entendu’ and I’m really excited for Periphery’s duo Juggernaut albums.

MaF: I come up with a lot of my guitar parts when I’m driving or whatever.

Lewis: A lot of Rush, a lot of Tesseract, and some U2.

John: Indie Rock and a lot of Rush

WR: You could say that…

As a tradition, we like to ask bands fun questions in order for the fans to get to know them a bit better.

What was your favourite place to tour and why?

John: There were a lot of fun places but the biggest surprise was Grand Forks, ND. The people there treated us amazingly and we played on of the most memorable sets of all tour.

Nolen: Yeah we played four sets that night. Two sets of ours, and two as Keiran’s (Kieran Strange) backing band. My favorite had to have been Minneapolis. We showed up late after an 18 hour drive from Toronto on two hours of sleep, and people were so rad there about it. Texas food though.

Do you have any strange habits or talents?

Nolen: Lewis is amazing at shooting elastic bands at my head.

Lewis: They can certainly play some instruments. I can do a lot of things.

John: Lewis can speak German, but he’s from Scotland.

What advice do you have for young, aspiring musicians?

WR: Pre Production is a thing. It is worth your time.

Video for “The Taking”