By Jordyn Armstrong on January 20, 2015@jordynhannah95 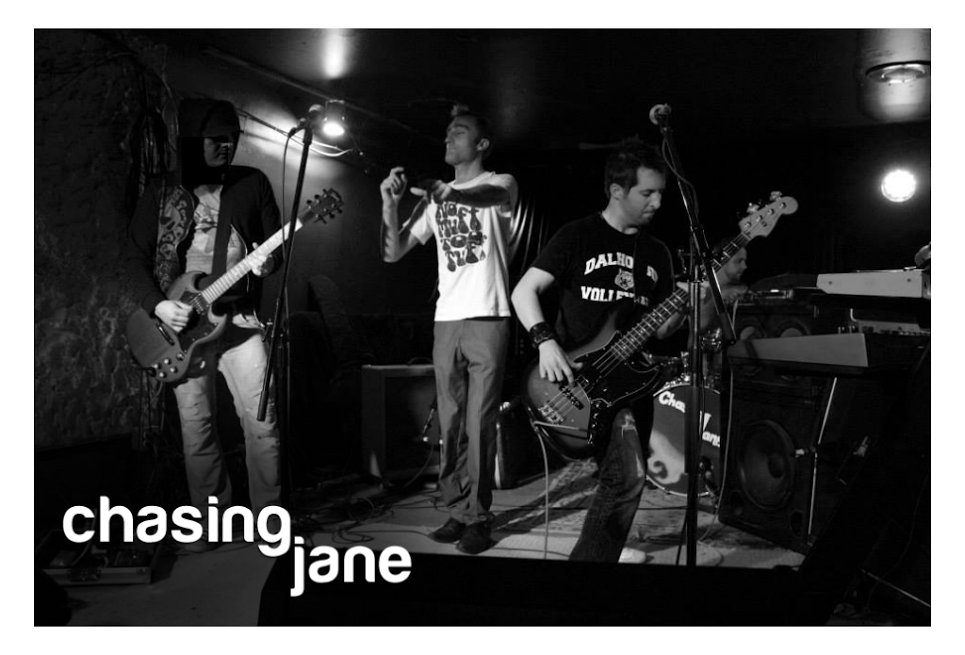 A while back, we had the chance to interview the multi-genre band, Chasing Jane. Since then, they have been gearing up to release a new album and the video for their song “Dirty Girl”. To find out what Chasing Jane has been up to, read this second interview!

You can read the first interview here: https://canadianbeats.wordpress.com/2014/05/06/interview-chasing-jane/

Since the last time we had the chance to talk, you have been getting ready to release your new album. What can you tell us about it?

CJ: We’re working with the same great team that collaborated on our first album, although with a few different members on our management team who are helping us put together our promotion strategy for this record.

When is it being released?

CJ: The albums entitled “Every Day is the Weekend” and there’s a little too much up in the air still, but we’re shooting for mid-summer. it will feature a lead single by the same name, to be released March 1st.

Is there a story or meaning behind it?

CJ: When you work collaboratively and closely with this many people, who are there for no other reason than that they want to make something great, it can be a bit of a constant effort for the whole team with everyone focussing on their specific pieces of the puzzle. It’s so much more than just the music. And it requires a lot of constant communication and coordination – something we’re having to get better at all the time.

But the best part is that when this is done right, and a team works well to compliment each others’ efforts, it doesn’t feel like work. Every day has new challenges, and triumphs, but it’s always a labour of love, and the bottom line is that everyone’s here out of passion. So, in the end, it’s a party and a celebration of everyone’s hard work.

As these days of consistent effort in getting this band out there can blur into one another, but it’s also a lot of fun. You really end up living in the moment, much of the time. Hence the title ‘Every Day is the Weekend’.

Do you feel that there is a change in the sound from the new album and your first EP, “Nice To Meet Ya?”

CJ: Absolutely. I mean, We’re still exploring certain ranges of tempo that we feel get a live audience to move their feet. It’s a mutual love for that kind of music that brought the band together in many ways. So that hasn’t changed.

On the new album fans will hear the band take on some new terrain with influences in hip-hop, soca, disco, and 70’s era funk. We’ve been playing a lot of these new songs live for a time now, and they’ve been very well received by audiences of all ages, really.

You have had a few other projects on the go, like developing a mobile website. Can you tell us more about this?

CJ: Our website is mobile friendly and has some basic information about the band, our news blog, along with booking information and links to our mobile apps for iOS and Android. We’ve been proudly supported by Transcend Media in BC, a mobile app developer with tailored solutions for bands. He’s been working with Adam our bassist who freelances on a lot of digital projects as his alter-ego. The website is our online business card.

But the apps are really the best way to stay on top of what the band is up to. Just search for “Chasing Jane” in either iTunes or the Google Play store. We send out notifications about shows in users’ areas and tend to release new music and video via the app before it is publicly available anywhere else. It’ll also be the only free way to hear the new album when it comes out.

For those who may not have heard the song “Dirty Girl” can you tell us what they could expect and can you describe your music video?

CJ: The video was shot by a collection of partners on a few very different cameras. It was cut and edited by Rival5 entertainment, a film company owned by our drummer, Roy Bartell. It really helps having people in the band with marketing and promotional capabilities for digital and video.

Admittedly, we went for a bit of a smutty ‘found footage’ vibe for shots of the band, but there’s a story happening in this video… It’s really about a guy who’s heart has been treated roughly and he starts spending a little too much time alone, doing things that only temporarily fill the hole left in his life.
In the end, our protagonist rejects this falsehood, and gets up and leaves the house, no longer feeling defeated by or afraid of the outside world.

Do you have any upcoming tours planned?

CJ: Not as such, just a growing number of dates around the GTA and throughout the rest of Ontario. The plan is that if you’re in the province, you’ll likely have an opportunity to see us somewhere near you.

There’s a lot on the burner, and we have committed new resources to filling in our calendar. Download our app and you’ll be among the first to learn of new dates as soon as they’re confirmed.

What else have you been up to since our last interview?

CJ: We’re great believers in mentorship and professional training. Seriously, it’s one thing that a lot of professional trades suffer a lack of out there. The world changes pretty quickly these days, and too often colleges and universities leave kids unprepared.

As a working band, we want and need to be surrounded by sharp people who know what’s going on. With that in mind, we recently partnered with a team from Durham College’s Music Business Administration / Music Business Management program to offer them some real industry experience.

These fine young people don’t represent the sum of our management team, but they are currently a part of it, and will be until they graduate. If they want to stay on beyond that, it’ll be completely up to them, but we’ve been grateful for their support and youthful enthusiasm not always found in the industry.

CJ: We’ll also soon be going to work on a video for ‘Every Day is the Weekend’ and may be making a fan callout for crowd shots on set! It’ll be a real party-vibe, and we’ll be making it fun and special.

Grab our app if you want to be a part of it! We’ll probably be restricting the announcement to our closest fans as a way to say thanks. Thanks!
– CJ