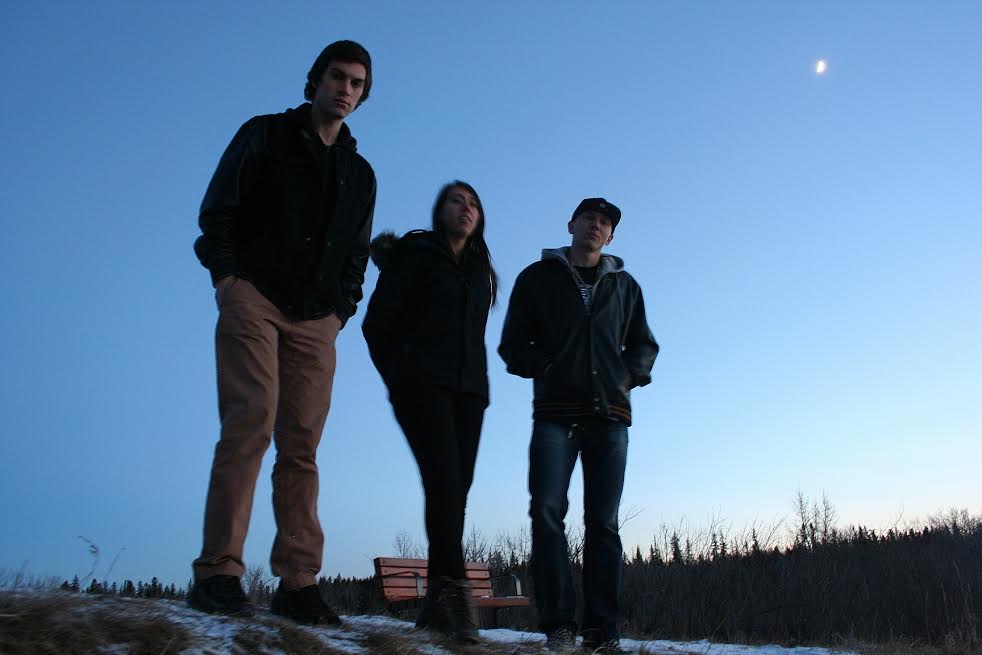 Astronauts are a band that mixes reggae, funk, ska, jazz, and rock from Calgary. Consisting of Liam (bass, vocals), Cole (drums, percussion), and Jess (guitar), the trio have headlined shows around Calgary since they came together in 2012. Their fusion of styles gives them a unique sound. Their latest release “Breakthrough” is available on their Soundcloud for streaming.

What made you decide to start a band together?

Cole: We all have played in different bands with one another at one point and when those bands parted we decided to form a band. Jessica and Liam have know each other since they were 6, and I met Liam in junior high where they played in a band.

Why did you decide on Astronauts as your name?

C: Initially we were entitled “Deep Thought Astronauts” but figured it too lengthy, so we then changed it to Dub Astronauts due to our Reggae/Dub style. As our musical path expanded over time we were no longer playing as much dub and we wanted a simple name so Astronauts fit the part!

How do you mix all of your influences together? Is it hard to make songs work sometimes?

Jess: Cole is influenced by classical and jazz, and Liam is influenced by funk, reggae, ska, hip-hop, and vocal jazz. I listen to a lot of alternative rock, reggae, and funk, but when we collaborate we find tones to combine all our musical styles. Reggae is our common-ground, so then we expanded by sharing our music styles with each other.

If someone hadn’t heard your music before, how would you describe your sound? Is there a song they should listen to first?

A: Funk and reggae and indie rock with hints of jazz. New listeners should listen to check out “Breakthrough” and “Up in Smoke”!

What can fans expect from your live performances?

A: High energy and an in depth musical performance. We like to interact with the crowd and have a good time with them!

A: An EP, and a live radio performance to promote our upcoming shows/cd release. We hope to expand to festivals soon.

At Canadian Beats we like to throw in a few fun questions so your fans can get to know you better:

If you were in charge of a weekend music festival, who would be on the lineup?

A: Our drummer Cole is an avid finger boarder, Liam is a good boxer, Jessica is a great hockey player by night.

If you could tour with any band or artist, who would it be and why?

A: Slightly Stoopid. We both have versatile genres with a reggae basis.

If you had to have one album on repeat for the rest of your life, what would it be?

Liam: That would be a horrifying nightmare! Illmatic by NAS, I’ve listened to it more than any other album!

What has been your favourite concert you’ve attended as a fan? As a performer?

Liam: As a fan, probably Black Keys. As a performer, probably this venue called The Area that is now closed. It was one of our firsts and a lot of fun.

Jess: My favourite would probably be Tegan & Sara a couple of years ago. As a performer, probably opening up for a Montreal musician named Auresia at a bar called Dickens this past summer.

Cole: As a fan, probably a band called Suburban Legends. As a performer, that same show because we were lucky enough to open for them!

A: Thanks for all of the support!