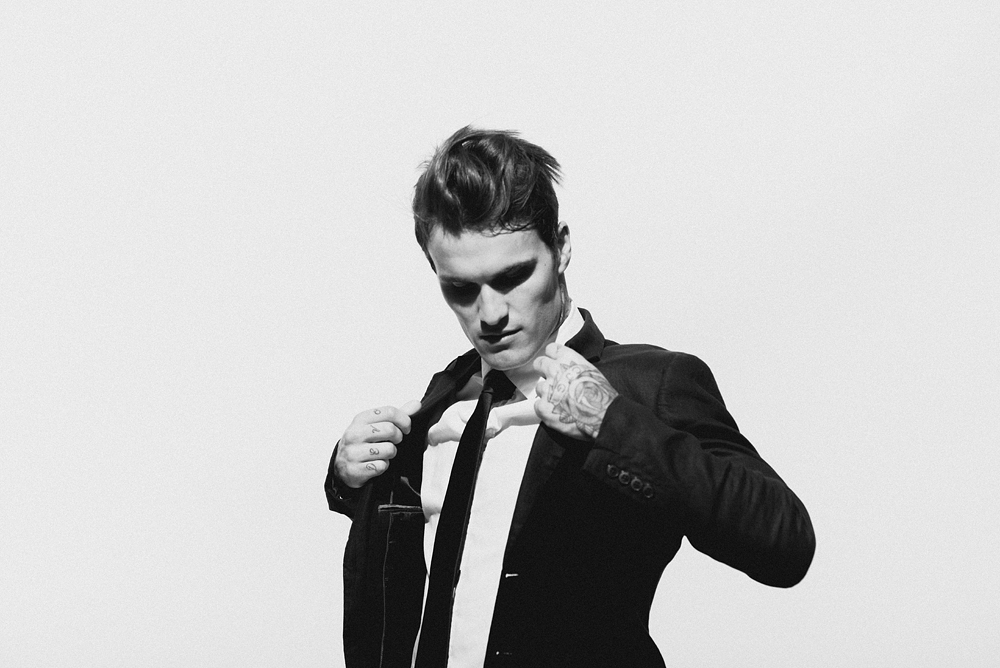 Devin Moody creates music that is a unique combination of pop, doo-wop, rock & roll and big band sounds. He hails from Burlington, Ontario and has recently released his  first single, “Naomi”. You’ll want to keep your eye on this rising artist for any new music he puts out. Want to learn more? Check out his social media below.

When did you first decide you wanted to pursue music as a career?

DM: As far back as I can remember I’ve always wanted to pursue a music career I think. My dad is actually a professional trumpet player. So watching his career grow and seeing how happy music made him was probably (without even realizing it) made me excited about music. It’s also been an outlet for me to get things off my chest so what better job than doing that full time!

You released your first single, “Naomi” on YouTube on January 7, how has the response been so far?

DM: The response has been amazing. I’m really lucky to have such support friends, family and fans. They have stuck by me for a really long time in between all the different musical projects and I’m super thankful they still are interested in my career.

The video for “Naomi” is nothing short of amazing, what made you choose to do a 1950’s style video?

DM: Thank you so much! I appreciate that. I can’t take all the credit because I worked with some really talented people, Lee Zavitz (the director) saw my vision and really took it to the next level. I have always love the 1950s/oldies. Something about that era makes me so excited. I’ve always wanted to do this type of project and when I quit my past band I decided to put 100% of my time into creating this retro/modern sound.

DM: The highlight of the shoot was probably being able to work with a bunch of good friends. Everyone who was in my “band” for the video has been good friend of mine for years. Also Maria’s Fiftys Diner (where we shot the video) were so helpful and easy-going that it was such a comfortable environment.

When can fans of this single expect more music from you?

DM: I’ll be releasing my next music video right before Valentines Day!

Does the sound on this single give any indication of what an upcoming album will sound like?

DM: Yup! The songs are all different but they have the 1950’s vibe to it. I’ve been describing my music as “Modernized 1950’s Doo-Wop Rock&Roll”.. It’s a mouthful I know haha but if I had to compare it to other artists I’d say it’s like Michael Buble meets Panic! At The Disco.

Let’s talk touring, do you have plans in the works?

If you could choose any other Canadian band or artist to tour with, who would it be? Why?

DM: Good question. I would LOVE to tour with Michael Buble. I think he is super talented and I’m just a huge fan in general. I would love to talk about old music together and even his experiences within the music industry. I feel like I could learn a lot.

DM: My first concert was actually a Warped Tour! So I went to see a bunch of bands I loved at the time.

DM: Right now I would say “I’ve Got The World On A String” Frank Sinatra.. I’ve been working a lot on my back phrasing as a singer and that song you can play with so much. Catchy tune.

If you were approached to write a song for any TV show that is currently on the air, which would you hope it to be?

DM: I mean.. I guess I should say Mad Men since the music works with the era.. but I’d love to write a song for Orange Is The New Black. They are always playing really cool songs on that show.

What is your favourite outdoor activity on a wintery day?

DM: I like skating even though I suck at it. Not a big winter guy to be honest haha

What is your favourite warm beverage for a cold day?

DM: Thank you so much for the on going support I really can’t thank you enough. More music is on it’s way!