Interview – Chariots Of the Gods

By Jordyn Armstrong on January 8, 2015@jordynhannah95 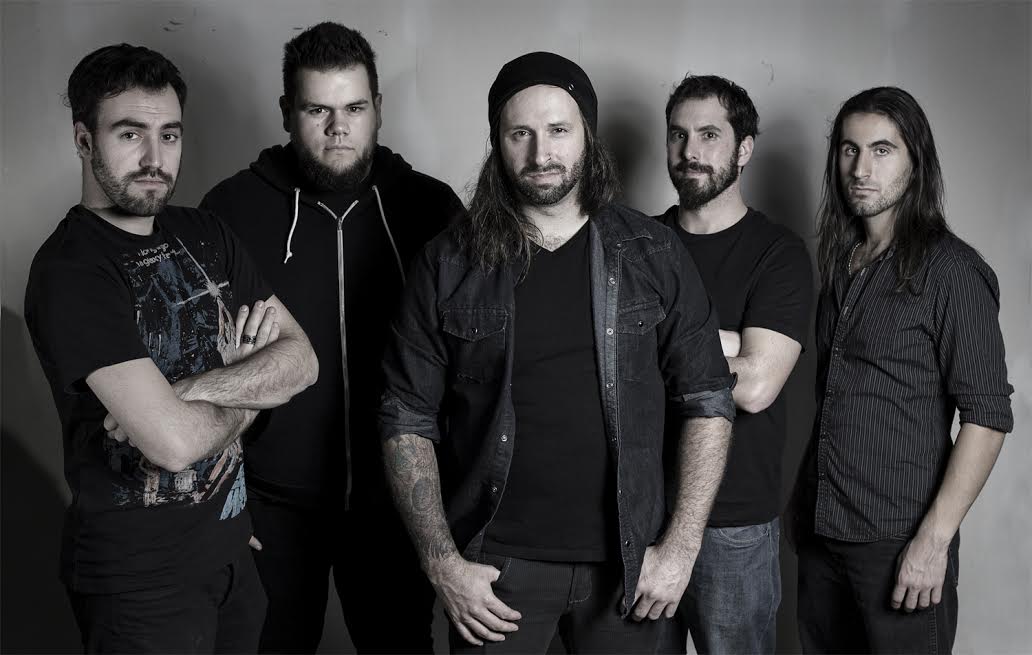 Chris Therien, Mathieu St-Amour, Dimitri Gervais, Payam Doryani and Dave Gravel come from the nation’s capital to form up Chariots of the Gods, a down right, hard core, heavy metal band. Since forming in 2007, Chariots of the Gods has released an album, Reverence (2010), and Tides of War (2013) as well as worked with some big name bands such as Misfits. To learn more about Chariots of the Gods, read the interview that I conducted with guitarist, Mat St-Amour below.

Over the past 8 years your band has gone through a few lineup changes. How do you adjust to something like that?

It’s always hard when somebody leaves. It make you put a lot of things in perspective. Especially when, like in the most recent change-up, you lose a drummer and a singer. Good musicians are hard to come by, especially those with the kind of vision and dedication that we were looking for. That’s why it took time. We wanted to find the right people and also have time to “train” them so that when we’d announce “We’re back!”, we’d be ready to go.

Do the sounds of “Tides of War” and “Reverence” change a lot due to the different lineup, or would you say it’s more of a normal band growth?

I’d say the sound has evolved naturally. Of course, we take in consideration the new members strengths and try to play-up those things. But we’re not afraid of trying new things or new sounds as long as we can pull-it off good live. Like our new singer Chris Therien, he’s got a broader range and style than Renaud (previous singer) had so, of course, we want to explore that and see how far we can push it.

What are the inspirations for songs of both albums?

Musically, it shifted naturally with the bands that I was listening to. There’s a clear difference between the playing on “Reverence” and “Tides of War”, but that also comes from being a better, more confident player. In the beginning, we we’re influenced a lot by bands like In Flames(early), Children of Bodom, Iron Maiden, Quo Vadis… As it progressed, new sounds/influences came in like Killswitch Engage, Trivium, As I Lay Dying, Black Label Society… All that on top of a solid base of rock and roll. Lyrically, it depends on what theme or idea I want to explore or what the song makes me feel like or pushed me in a certain direction.

Do you do anything to get yourselves pumped up and ready to rock before a show?

Its always easy to get pumped up when you play in front of a big crowd that’s ready and warmed-up, but before every show we come together and tell ourselves that we’re gonna destroy them. Give them the best show they’ve seen, whether there’s 30 or 800 people. We rehearse our shows a certain way and no matter who’s there’s, we’ll give 110%. Some of the guys also do this thing they call ”band prayer”, which consists of having a few shots of vodka!

Do you have any touring coming up?

We’ve just announced the new members before Christmas, so as of now no tour is planned, but it’s definitely something that we want to work on and get busy this summer, showing off our new guys and new material.

Like mentioned above, we’re a mix of Heavy metal and Metalcore with strong rock roots. Rock ‘n’ Roll fuelled Heavy Metal. If I’d have to suggest one song to a new comer, it would be “Starborn” off our album ”Tides of War”. Its one of our favourite tracks and its got a lot of everything in it. Fast part, slow parts, clean parts, breakdown, solos, great vocals. There’s a lot of little things going on in that song that I think weren’t properly exposed on the record, but I believe it still stands as an amazing song.

I really liked to play “Annihilation of the Gods”. It’s an up-tempo song with lots guitar work, great melodies and sweet solos. But now with new members, things might change. We’re playing new songs which are really strong and each new guy also brings in his own touch to the old material which modifies it a little, all for the better. The songs will sound the same, but as a player you pick stuff up that people in the audience might not. We’ve definitely stepped up our game.

Have you had any crazy fan experiences?

Touring Cuba was pretty insane! The people there are so grateful that bands from the outside come and play for them. They have next to nothing over there and when you give something to someone, they swarm. They all want a little piece of anything to remember that night by and when you get surrounded by 50-100 people who want you to give them something or sign something and on top of that, you cant speak their language, it gets pretty surreal.

Did you feel it was hard to get recognition coming from Canada? Do think coming from Ottawa had given you an advantage?

Coming from a “bigger” town certainly helps but then again I think it’s just harder to get recognition as musicians in the “Metal” genre. It certainly helps that its the nation’s capital but as far as venues and outlets for bands to perform at, its on the weaker side. For example, Jeff Waters and Annihilator are from Ottawa, yet they get barely any mentioning here, hence why they don’t really play in North America but are big everywhere else in the world.

Since it’s still new in the year, do you have any resolutions as a band, or individually, for 2015?

As a band, we want to get out there and show the world our new guys and some of our new material but mainly, we want to reach new heights and strive for new goals or landmarks. Do new things, play new places and give the people quality metal and a great live experience.

As a tradition, we like to ask bands a few fun questions for the fans, so here we go!

What are some of your favourite spots to play a show at?

Local gigs are always nice and I’m especially excited for the one coming up because it’ll be the first one with the new members. But apart from that, playing the “Bovine Sex Club” in Toronto was cool because of its history and also playing in “Le Petit Theatre” in Rouyn-Noranda because we had heard good things about the place, the people and the organisation and all of our expectations were surpassed.

Do any of you have an odd or hidden talent?

I draw cartoons and comic books as a “freelancer” but I’m also an artist in the video game industry.

What was your favourite concert you have attended as a fan?

I don’t remember the exact year but it was in Montreal for the Gigantour and I saw In Flames. They just stole the show, sounds wise but also performance wise. They had those big lights behind them flashing, making them just silhouettes; I remember being amazed by that show.

It’s been a while since we’ve done anything but we were rebuilding. It took time because we wanted to do it right, and we’re strong again; I’d even say stronger than before. If you get a chance, come and check us out live and see/hear the upgrade for yourselves. In the meantime you can check us out online at www.chariotsofthegods.net or on Facebook at www.facebook.com/chariotsofthegods and keep yourselves updated on what’s going on with the band and our upcoming gigs.