By Remington Fioraso on December 30, 2014@https://twitter.com/RemingtonFD 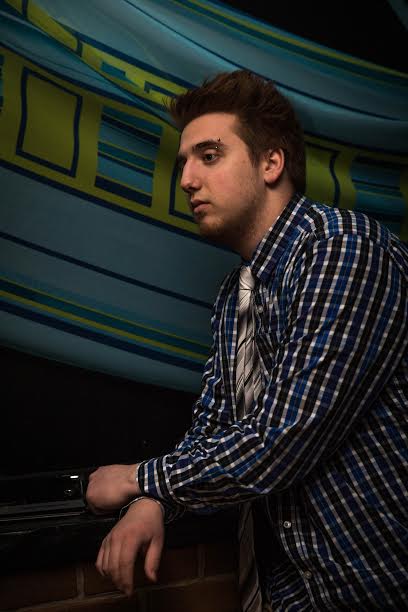 City Virtue, also known as Jared Buller-Kormos, is a pop musician from Saskatchewan. I had the opportunity to do an email interview with Jared.

What or whom have been your inspirations when writing?

For me there are times when I get writers block and literally can’t put a word on a page, but when that happens I step back and take some time off writing and listening to others more. When I am refreshed that is the best time for me to be inspired. Probably my biggest inspiration when it comes to being a musician is Owl City also known as Adam Young, he has been my favorite artist since I heard of him and I love his look on life and how he comes up with his ideas. The most random and untypical things spark his interest. I believe my biggest inspiration though is my emotions. That is what really gets me to dig deep in myself and write about my experiences and even just make up stories that come from my emotions.

What is the typical songwriting process look like for you? How has it changed or developed from when you first began recording?

Well when I first started writing music about 8 years ago, I started writing really cheesy techno music, I was really big into basshunter and tiesto back then. I never really knew the structure of a song or how to place certain parts of a song. That is the main reason why I stuck with techno for so long is because in that type of genre it is basically layers of different chord progressions and melodies. As I grew up more I always wanted to be a recording artist but didn’t have the equipment or knowledge to produce the right type of music. I then began using a really low end microphone that was used for the play station 2. As the years went by I became more knowledgeable and began to understand the basic foundation of recording my own instruments. I went from recording vocals in the genre of synthetic pop to recording my own acoustic guitar and turning my genre from electro-pop to acoustic-pop.

For those new to your music, what song(s) would you recommend listeners to check out first?

The two first songs I chose because I believe they are my most well produced and written songs. But for the last song it is a really in depth emotional song that I wrote while I was in a state of sorrow and pain. There are many other songs I would recommend but those are the top 3.

What is next for City Virtue?

I am trying hard to get exposure for my music and get some live gigs. I am still recording and working on a new album, I am going for something maybe a little bit different this time but the core foundation will be the same. I am hoping to come up with some stuff and work with the new album a bit more with exposure and promotion tools, as well as do some collaborations.

My album that I ever bought with my own money was AFI’s Decemberunderground. I love that album.

I love cookies! That is probably my biggest guilty pleasure. It is so bad for me but I love it.

What are your favourite things to do when not working on your music?

I really enjoy going out with my friends and doing things. I love going out to movies with friends.

What songs have been your favourite during this summer?

To be honest I really like the new songs from 5 Seconds of Summer. Their song “She looks so perfect” and “Amnesia” I also REALLY like the song “Rude” by Magic

To be honest, just be yourself and don’t let people bring you down. My music shows who I truly am and that is how I express myself, don’t stop whatever you do to express yourself. My good friend Alex Bent has shown me a lot when it comes to self respect and realizing the truth behind the music us musicians write. You can find me on Youtube, Reverbnation, Purevolume, Itunes, etc. Thanks for the support and thanks so much Canadian Beats for Interviewing me.