By Jordyn Armstrong on December 28, 2014@jordynhannah95 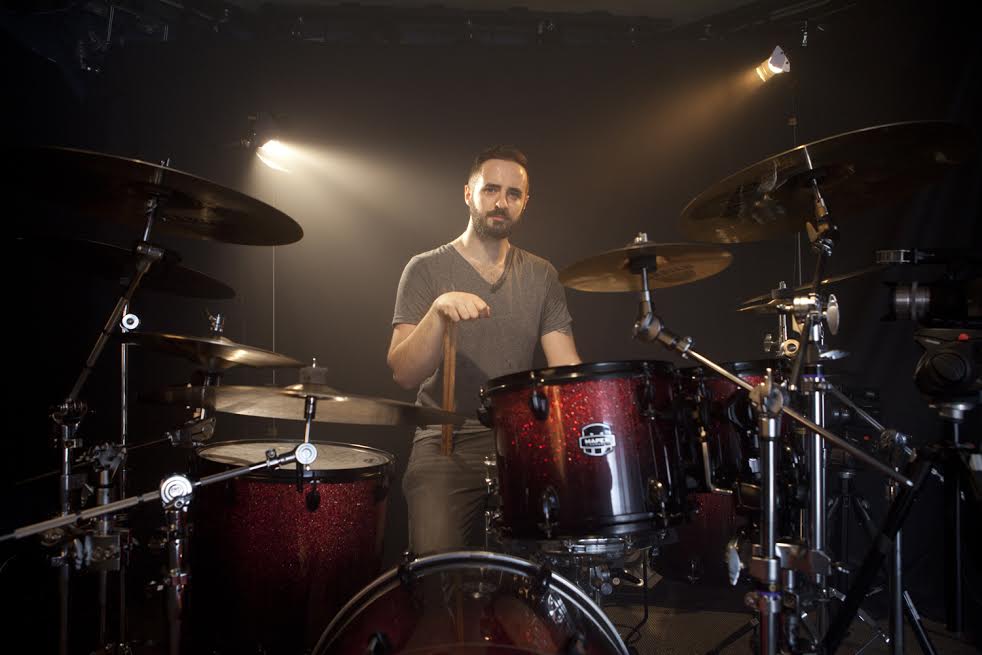 Seven Year Storm is a progressive metal band whose music is completely composed and arranged by drummer Sean Lang. The other band members are Dean Lamb on guitar and Brent Mackenzie on bass. Seven Year Strong is gearing up to release some of Sean’s songs in the forms of two EPs in 2015 called Aion I and Aion II.

What is the usual process for composing such intense songs?

Sometimes I’ll have a rhythm or melody in mind, but I’ve come to realize that I’m most happy with my music when I ‘discover’ melodies and rhythms. I write primarily with MIDI sequencing using a mouse only (no keyboard controller or anything like that) so I’m usually coming at my parts from a different angle. Its completely based around how it sounds, rather than on how easy or convenient it is to play on a guitar or keyboard. This freedom, combined with some of my weird rhythms allows me to come up with some cool melodies and progressions. I’ll usually write in chunks or blocks, and slowly flesh out the song piece by piece until it feels complete.

Why did you choose to be an instrumental band? Do you feel you can portray the same things without lyrics?

I feel musical tones and rhythms can be just as expressive and communicative as language. I’ve heard music called “the universal language” and I subscribe wholeheartedly to this idea. As an instrumentalist, I have found that an instrumentally rich band can be weakened or even ruined (for me) by a vocalist that either doesn’t fit well or has a vocal style that isn’t as easily digestible. I know I am not the only person who feels this way, and so as an instrumentalist it made a lot more sense to focus on what I am best at, and not introduce a potentially divisive element already unimportant to my musical vision.

When can we expect the release of Aion I?

Aion I should be released in February 2015. Aion II is more or less complete. It needs a few additions here and there, and then mixing & mastering.

What can fans expect from the EPs?

Aion I is comprised of songs I wrote going on 5 years ago now. The songs are groovy and melodic, with some technical elements. Very influenced by Planet X and Chimp Spanner. Aion II is similar, with perhaps a greater emphasis on technical guitar work. It was written at least two years later, after I had been listening to a lot more modern instrumental prog like Animals as Leaders.

What will be the biggest differences between the two?

The biggest difference is definitely technicality. Some of the most difficult patterns I’ve ever had to play are on Aion II. During the tracking of these songs, I was cursing my write-first-learn-later method of songwriting because they were so awkward and difficult, but in the end it definitely made me a better player. I think Dean Lamb (Archspire) has felt the same way after tracking some of my lead guitar melodies!

The next few questions are fun ones for the fans, a Canadian Beats tradition. Where it’s close to the holidays, we’ll throw a few of those themed in too.

What was your favourite Christmas tradition?

My favorite Christmas tradition would definitely have to be eating way too much eggs benedict on Christmas morning.

What was your funniest gift you’ve ever received?

I don’t think I’ve ever received an overly funny gift!

What Canadian bands inspire you the most?

It would definitely be Devin Townsend, especially his earlier works. Plus some of the local heavies, like Archspire, GSTS, Anciients, etc.

What would be your dream tour?

Thanks for thinking outside the box and valuing instrumental music, written by a drummer no less!