By Lindsay Newman on December 26, 2014@https://twitter.com/lindsaynewman_ 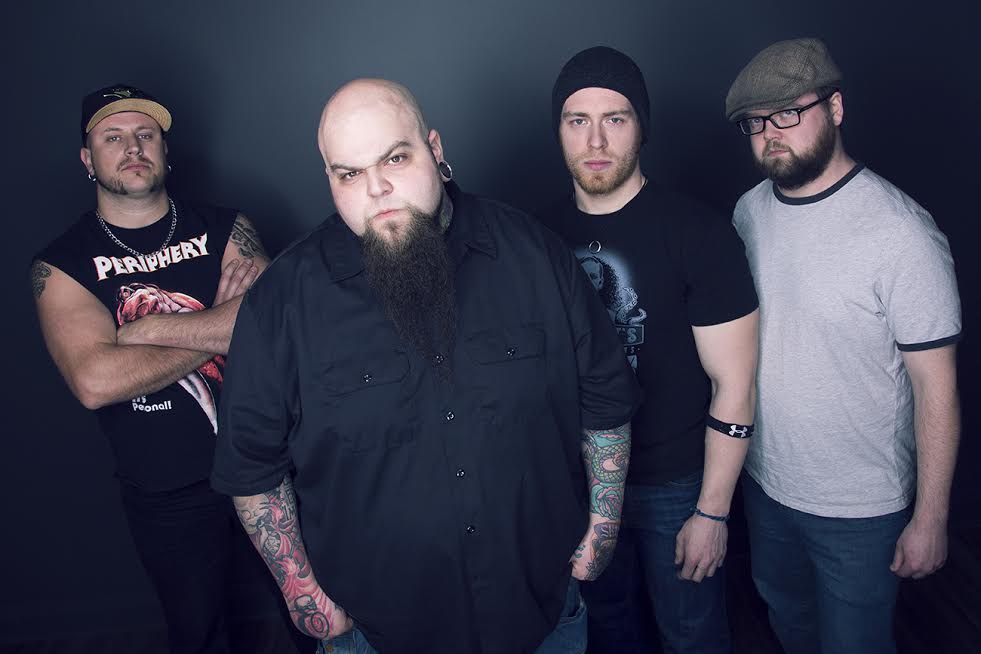 Exes For Eyes are a metal band from Toronto, ON. They are currently in the process of releasing their album “Tongues Like Figure Eights”. The album was released on December 9 and it is available for 1$ for the digital format.

Dave and myself met years ago when his former band ‘Man With Target’ played some shows with my band Endast. We were fast friends and wanted to work together for years before we finally made Exes For Eyes happen. Once we decided we wanted to tour with the project, Dave brought Aaron Spink and Graham Porter, long time friends of his, to fill out the lineup.

What made you guys want to pursue a career in music?

For myself, I think like most musicians, I was inspired by the music I was listening to and it motivated me to create. Then, the first time you’re on stage in front of people that don’t know you and they are genuinely digging what you’re doing, you’re just hooked. For life. You live and breathe to experience that feeling over and over again. To share what you’ve worked so hard to create with people and have them enjoy it and take something positive from it? There is no greater feeling.

What are some of you influences for your music?

I think Exes for Eyes influences are pretty broad across the board. We all listen to so much music across so many genres and I think that shows in the way we perform… but within our genre I think we draw influence from bands like Opeth, Soilwork, At The Gates, Pantera, Faith No More and bands like that. Some softness, some aggression.

Generally our guitar player Dave will write the songs and we’ll all add in our two cents. Since I live in Montreal while the rest of the guys live in the Toronto region, I’ll get rough mixes of songs, send notes, write lyrics, then fly in and track my parts. The first time I ever sing the songs is what you hear on the album.

What has been the response from the album been like?

Well, we released it in an unconventional way, so in that sense we’ve had some mixed reactions. A lot of people applauding our efforts and a lot of people are accusing us of devaluing music, which is just ridiculous to us. Musically, we know our band isn’t for everyone, but we are excited to see so many new people getting into the album.

We have a west coast Canadian tour upcoming in March and further touring plans to be announced soon.

What are some of your holiday traditions?

Personally, Christmas is a HUGE deal for me. I typically fly into thunder bay to visit my best friend, which is where I am now as I do this interview, then I’ll fly back to Montreal and get some quality time in with the family.

The first album I bought with my own money was Tool’s ‘Undertow’, but I had a few records already by that point that my parents had hooked me up with.

What is your favourite holiday and why?

Christmas, hands down. It’s a magical time of year and I love having the opportunity to share my love and appreciation for my friends and family. It also has a way of bringing out the best in people, and that’s a good thing.

The Great Sabatini, Kyoktys, Out of The Ruins, Dead Ranch, Ninjaspy, Stab.Twist.Pull, and so many more. Our music scene is amazing.

What would be your dream lineup for a concert be?

Is there anything you would like to say to your fans before we wrap up?

Go to www.exesforeyes.com and buy the goddamn record. Support the underground!

Don’t forget to check out the video for “Tongues Like Figure Eights” HERE!