By Remington Fioraso on December 25, 2014@https://twitter.com/RemingtonFD 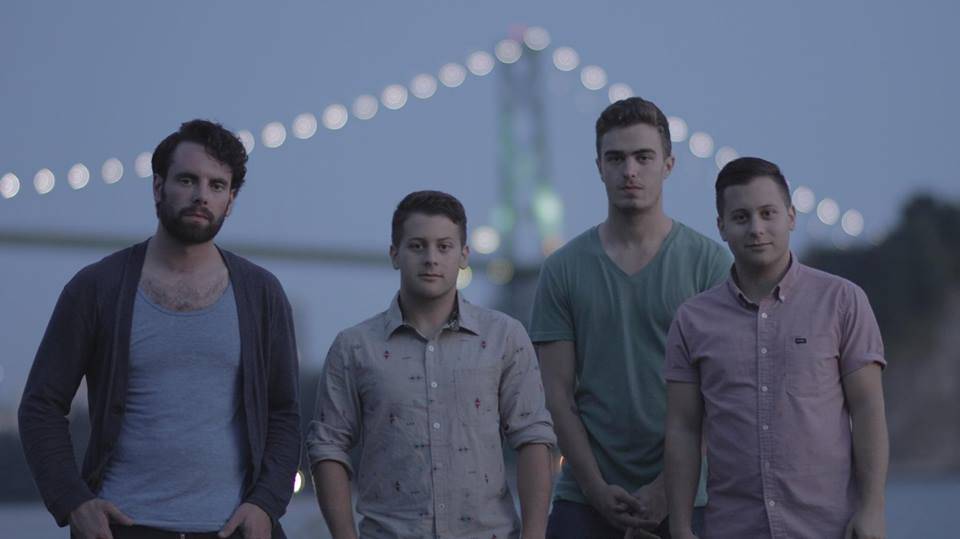 Hailing from Vancouver, British Columbia, Coastline Pilot consists of twins Thomas (Lead Vocals/Guitar) and Leo Tesan (Lead Guitar/Vocals), Chad Devlin (Bass/Vocals), and Connor Morley (Drums).   In 2012, the band released their debut EP “While We’re Young”.  Fast forward to 2014, they are working on their next EP set for release in the summer. Coastline Pilot’s newest single “Afterhours” is available through Bandcamp now.

How did the name ‘Coastline Pilot’ come to be?

CP: Our bass player, Chad, had a great grandfather who was a pilot in WW1 and he used to tell stories about flying along the coastlines of France.  So we decided to honour him with our band name.

Your influences are drawn from numerous genres.  Who have been your biggest influences musically?

CP: Our influences range from Kings of Leon, Arctic Monkeys, Band of Horses to a more retro vein, The Eagles, The Beatles and Fleetwood Mac.

What can we expect to hear with your upcoming release?

CP: A more mature and polished sound.  Kind of a “Canadiana” roots feel and hopefully showcase an overall growth as musicians and songwriters.

What are your most memorable show experiences so far?

CP: Touring Vancouver Island this past month and filling the Media Club in Vancouver back in July immediately come to mind.

If you could tour with anyone, who would it be?

CP: Touring with anyone of our influences would be a dream come true, but going back in time to tour with The Beatles is kind of an unattainable dream unfortunately.

You have an app available on iTunes.  With a social media presence in place, what lead to it being offered

CP: Our friends at Bluehawk Solutions Inc. offered to make an app for us and we really couldn’t refuse.  It’s just another way to promote the Coastline Pilot brand and to make our music more accessible.

Favourite thing to do on the west coast?

CP: Have a nice stroll around Commercial Drive or Gastown and also the occasional trip to the beach, weather permitting of course.

Anything else you want to say to your fans?