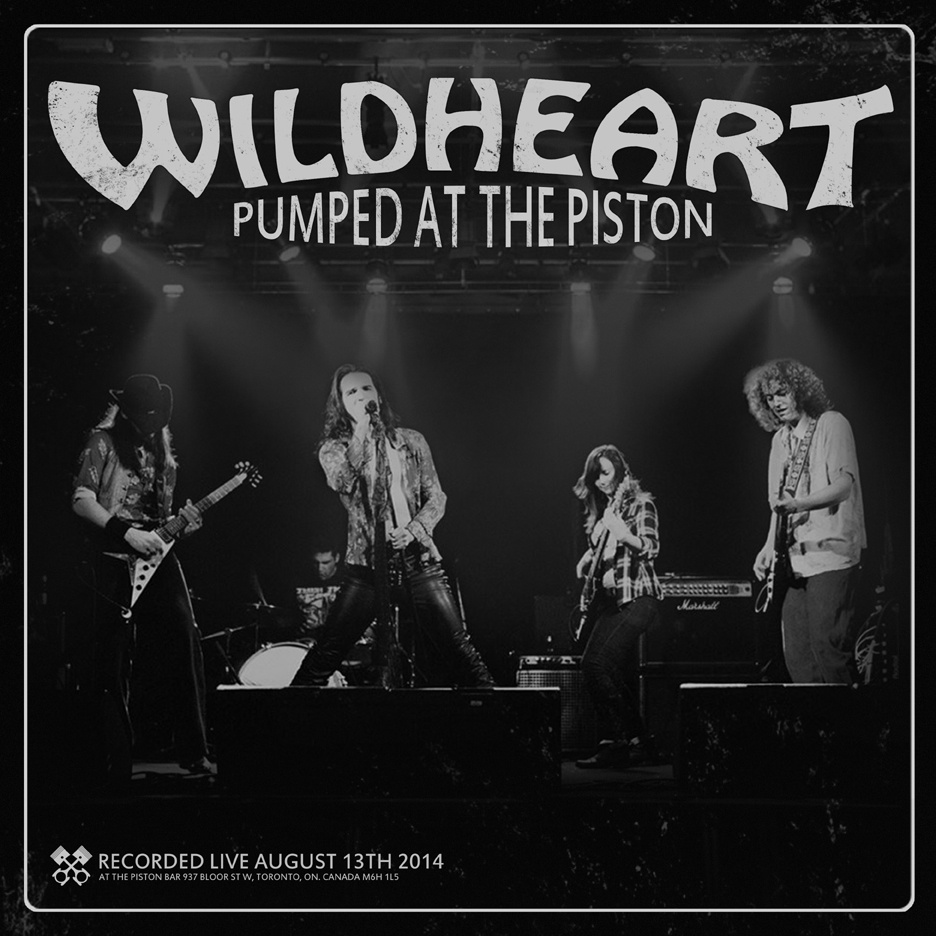 Toronto rock band Wildheart, comprised of Cody V. (vocals), Scotty B. Goode (guitar), Lewis P. (guitar), Mike P. (drums) and Renee P. (bass), have put their album ‘Pumped at the Piston’ up for pre-order. The album, a live recording of their show from August 13th, 2014 at The Piston in Toronto, is being released as a vinyl record. You will also receive a digital download of the album when it is released. The release follows the release of their last EP ‘The Gypsy Soul EP’ in January 2014.

The ten track release is jam packed with their raw sound and talent. The live setting of the record adds even more to the feel of the songs, allowing their rock roots to shine through. The high energy level in their songs drags the listener in and keeps them hooked, waiting for more. “Runnin’ Hot”, “Can’t Get Down”, “Burn It Down”, and “Shelter from the Storm”, are my personal favourites from the album. It is almost impossible to narrow down the songs to pick favourites and I guarantee if you ask me again later it will be different because every song has this old school rock sound that I absolutely love.

From start to finish this album is nothing short of amazing. I may not have been aware of this band before but after this I am definitely paying them more attention. If you’re a fan of classic rock bands such as CCR or even newer bands such as Calgary band Open Air, you need to check out Wildheart. You will not be disappointed.