By Remington Fioraso on December 16, 2014@https://twitter.com/RemingtonFD 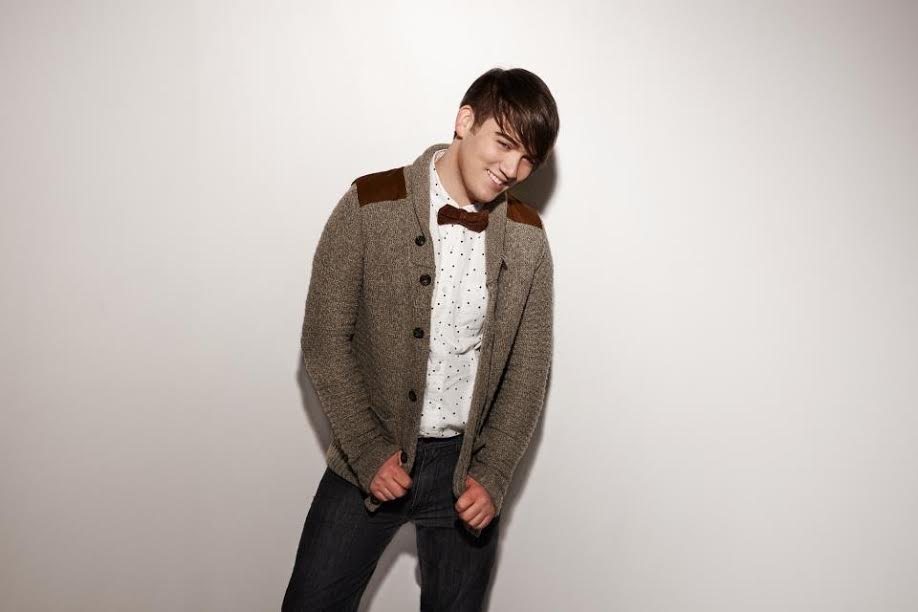 Kyle Richardson is a rising singer-songwriter from Vernon, BC. In his hometown, Richardson performed with Nancy Nash at the Komasket Music Festival and the Rare Earth Jazz and Blues Festival. He moved to Vancouver in 2011 to further pursue his music. He caught the attention of mixing engineer Mike Fraser and producer Jeff Dawson. His songs have been featured on The LA Complex and Degrassi: The Next Generation. Kyle has recently released his single, Painkiller, as well as the accompanying music video, which you can see here: https://www.youtube.com/watch?v=Zge1ooO9zlk

KR: I have so many influences, I enjoy a really wide variety of music that crosses many genres. Anything from pop, rock, soul, country, folk, and in between. In terms of specific artists, I think Stevie Wonder is God, vocally, and I love modern artists like John Mayer, Gavin DeGraw, John Legend… People who can really sing, and also do a lot of songwriting.

When did you know you wanted to pursue a music career?

KR: I think I knew in high school. I had been picked out to perform various solos in elementary school for different holidays/assemblies/plays, and I always enjoyed performing but I didn’t know where it could take me. Around the middle of high school I decided to take some casual vocal lessons, and I performed in a high school talent contest and the reaction I got made me sure that music was something I really wanted to do more of and make an effort to pursue!

How was the transition from Vernon to Vancouver for you?

KR: Moving from a small town like Vernon to a bigger city like Vancouver was something I had wanted to do since the moment I graduated high school, I wanted to wait for the right timing though so that I could really focus my energy in a positive way and make something happen for my music career. I was incredibly lucky, and still am, to have a wonderful mentor figure in Nancy Nash, she really helped connect me to some of the best names in Canadian music such as hit producer Jeff Dawson and mix engineer legend Mike Fraser, from there I was able to record a few songs and test the reaction before taking the plunge and moving to the big city. I was talking with some record labels and coming back and forth for meetings so I just decided that it would be easier to move here once and for all! It was definitely the right choice and I am so happy to call Vancouver home.

What was your first reaction when you found out “Bleed Forever” was being placed on The LA Complex?

KR: I was so excited! It was a small taste of things moving in the right direction. Having my first single “So Hot It Hurts” featured on Degrassi: The Next Generation was awesome as well, Fefe Dobson was also featured in the episode and I’m such a fan, it was really fun having my song featured right next to hers! it’s a really great feeling to have my songs featured on such a big platform like that.

What was it like filming your first music video for “Painkiller?”

KR: I’m not gonna lie, it was my first time being on camera in such an intense way and I was a bit nervous beforehand, but the video was so fun to shoot. I wanted a really light-hearted and fun video to go with this song, and I think we definitely accomplished that goal. Vancouver has such a wealth of talent and being able to feature some of the local talent in terms of the dancers and actor I had come in for the video was a real treat. My video team at Red Castle Film came up with some great ideas and the coloring/lighting looks amazing.

What is next in store for you?

KR: Next up I am gonna really promote this song, I will be going out to radio stations and meeting with the programmers and talking a bit about the song, and trying to perform as much as possible along the way. I’m always writing and recording to come up with the next song idea, but for now I really want to focus on getting this song out there and getting in front of more people across this beautiful country and seeing what people think of my new material!

At Canadian Beats, we like to include fun questions to help fans get to know you a bit more!

KR: Bryan Adams has always been one of my favourites. He puts on such a great show… I also am a huge fan of Hedley, Celine Dion, and think Michael Buble is such a great singer.

If you could have any super power what would it be and what would you use it for?

KR: I am such a huge comic book nerd, I’m glad you asked this question.. thought there are so many powers to choose from. I think I’d like to fly, but having Spider-Mans web ability would be a lot of fun… I think I’d choose that.

What is your favourite phone app?

KR: I don’t think I could get anywhere without Google Maps.

Is there anything else that you would like to add to your fans?

KR: I just wanna say thanks for being the best fans, I am trying on getting more music out there and getting out there myself to perform for you all more and more! It’s been a long journey but things are looking up and I’m so excited to see what the rest of the year holds! Thanks Canadian Beats for featuring my single and for a great interview!