By Remington Fioraso on December 15, 2014@https://twitter.com/RemingtonFD 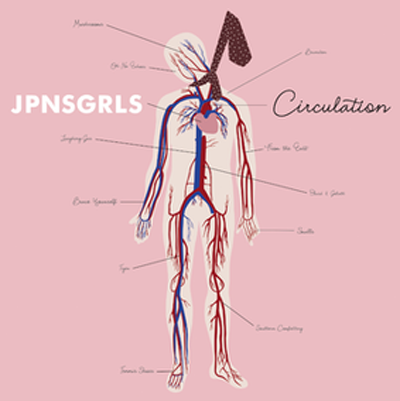 JPNSGRLS (pronounced Japanese Girls) is a four-pieced rock band originating from Vancouver, BC. The band has a line-up consisting of Charlie Kerr on vocals, Oliver Mann on guitar, Chris McClelland on bass, and Graham Serl on drums. In 2013, they released their EP “Sharkweek” on Light Organ Records. They will be releasing their debut LP entitled “Circulation” on July 15, 2014. It will be available digitally, on physical disc, and on vinyl.

After seeing the performances of many of the tracks at the Roxy while opening for Marianas Trench, I was highly anticipating the release of “Circulation.” It lived up to the expectations. The album contains twelve tracks and includes the single “Smalls.” The tracks have high energy. It’s a solid album to rock out to. My favourite tracks at the moment are: “Tiger”, “Oh No Echoes” and “Brace Yourself.”

If you enjoy rock, I would definitely check out the single “Smalls” and “Tiger” to get a feel of the album. If you do, I would highly recommend “Circulation.”