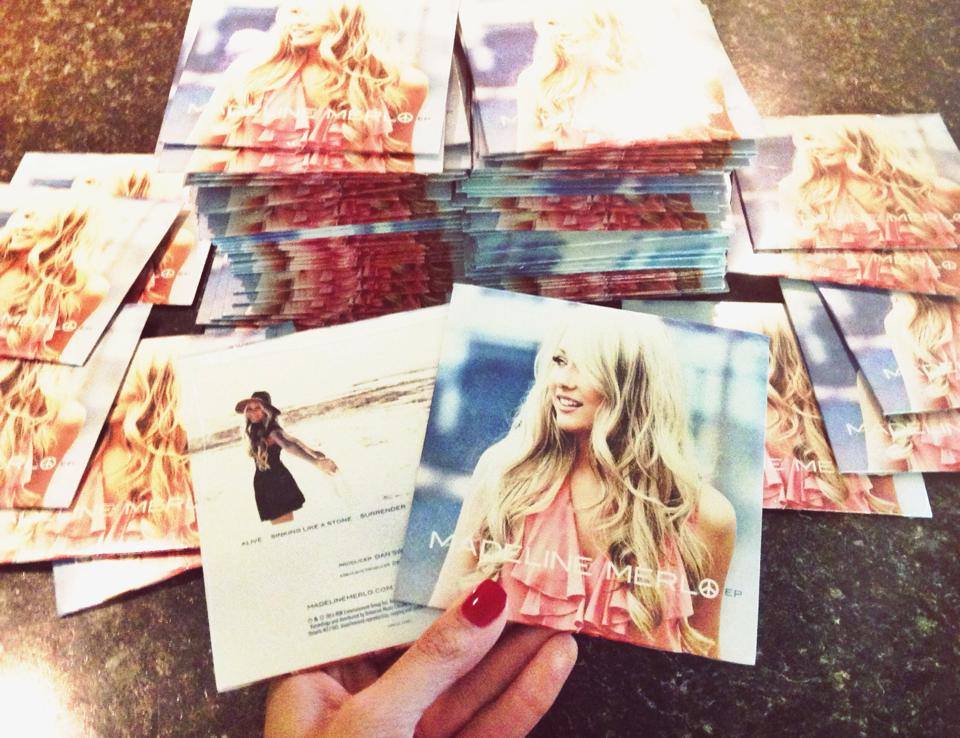 After seeing the songs performed previously, I was highly anticipating the release of Maple Ridge local Madeline Merlo’s debut EP, “Madeline Merlo.” The album contains five tracks including the singles “Sinking Like a Stone” and “Alive.” Both singles have received regular rotation on 93.7 JRFM. In addition, the songs were ‘retired’ on the station’s “New Country Challenge” on their respective radio releases prior to the actual album release.

The song that I enjoyed the most was the fifth and final song on the EP. “Deleted” is more playful in nature. It essentially deals with the aftermath of a break-up in the world of new media. For example, having to delete contact information and distancing oneself on social networking websites from exes. Included within the lyrics are: “I’m taking you off of every list/ I’m going to hit erase until there’s nothing left/You can Facebook, Twitter and text me to death.”

Overall, the album definitely shows off Madeline’s vocals, it’s well written, and a really good first release. I’d recommend checking out the EP. If you want a taste of the album, check out “Sinking Like a Stone” and “Deleted” first. The album can be picked up on Itunes or at London Drugs stores.