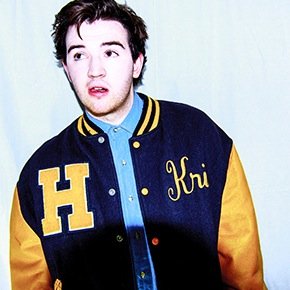 Molitor is an indie artist based out of Toronto who just released his new 4 track EP, #lonelypeople_Music.The EP is described as sounding like Chet Faker and Childish Gambino meets Two Door Cinema Club and The Killers. We had a chance to talk to him about the new EP which you can read below.

Starting off, can you tell us a little bit about you and your music for the readers who haven’t heard you before?

I’m a 21 year old Canadian indie artist originally from Niagara Falls, Ontario. My music is very experimental and approached mainly from the perspective of creating art rather than creating a poppy product. I like to create and explore concepts and societal issues from an existential point of view. It’s fun to make catch melodies and dance-y beats but that comes with the art.

You go by the stage name Molitor instead of your actual name, Liam Morrison. Is there any specific reason why you chose to go by a different name? How did you come up with the name Molitor?

My name is actually Liam Molitor Morrison so it technically is my actual name. I chose Molitor most likely for the same 2 reasons Aubrey Drake Graham chose Drake which is 1) it’s unique and intriguing to a new listener and 2) SEO

#lonelypeople_Music is your first official release since 2013. What can you tell us about the writing and recording process of this EP?

#lonelypeople_Music came out of the writing for my debut full-length release. It’s kind of the outcasts for what’s to come. I had these songs that I really liked but didn’t quite fit in with the others or weren’t good enough.

The name for the EP is quite interesting. How did you decide on #lonelypeople_Music?

It’s a combination of the subject matter and a lead-in to my debut full-length. My last EP was very ambient indie-rock with simplistic beats and since my songwriting moved away from that I wanted to make a transition rather than an immediate switch-up. So this introduces some themes that I was dealing with in content for my full-length. lonelypeople_Music deals with loneliness and existentialism in the public and I think the reasoning behind that feeling comes from the disillusionment and detachment brought on by the social media generation. Everyone is so apathetic towards everything that it has become the norm to not have real connections and be more concerned with others perception of your reality rather than your reality. So that’s why I included a hashtag and designed the title track like a file or username

Each track on the EP is quite different then the rest. Were any harder to come up with a concept for or to write then the others?

Like I said, the songs were from my writing sessions for my upcoming full-length so they were all already unfinished demos by the time I decided to release a preluding EP. Bite Down definitely came the quickest, I had this idea for an EDM style buildup made with live instruments and combined it with this other idea I had to make a huge Kanye-esque beat. Stand For was just the first minute and a half originally but I thought it wasn’t enough so I added in the build-up/choir explosion in the pre-production of the EP. lonelypeople_Music was probably the toughest because although it sounds the closest to it’s demo, it was the toughest to produce into something special. I really struggled with turning into an original song rather than a standard indie-pop-rock song that’s been done hundreds of times.

You recently had the album release in Toronto. What was the crowd reaction to the new songs?

They seemed to really like it. It was my first time using a new light/fog show and my first time playing with backing tracks so even songs that people had seen me play before sounded bigger and better than ever. There was a huge issue at the venue and I went on an hour late which ended up being around 11:30 on a Wednesday night so I was really happy that everyone stuck around but both them and I were pretty tired by that point. Beyond the frustration it was nice to have people dancing and rocking to my new songs.

Not before next fall. I’d like to do Canada/US so it will be a long planning process. I’ve done Ontario and it’s not enough for me. I love touring and want to do a big one. My only problem is with people in Ontario is that people are really apathetic towards music. I find that young people, who are my primary listeners, won’t go to a show unless it’s a bigger band or someone they really, really love. Whereas any time I’ve been in the states, no matter the size of the show, people just like listening to music. And, from what I’ve heard Eastern Canada and the Prairies are the exact same.

I have a wide, wide range of influences. I usually just put my iTunes library on shuffle when I’m writing. There’s no one that I want to sound like but artists that really inspire me in their creativity and innovation are usually the ones I aspire to equal. Drake, Kanye West, Childish Gambino, Ludwig Goransson, Florence + the Machine, Local Natives, Two Door Cinema Club. I write with the mindset that if one of those guys heard it what would they think.

I’d love to work with Childish Gambino or Kanye West. Just to see how their mind works, pick their brain. More realistically, though, I’d love to do something with Shad or Kevin Drew.

A lot of my favourite Canadians are now down south, I think. I’m really into Grimes, Purity Ring and Arcade Fire. I also like Arkells, Our Lady Peace, Chromeo, Dan Mangan, The Stills, Drake, Eight and a Half, Tegan and Sara, Folly + the Hunter, Tokyo Police Club, Hayden, Justin Bieber, Majical Cloudz (I think he’s Canadian), Metric, Mother Mother, The Weeknd, Shad, Broken Social Scene. Tons more. Canadian music is the best in the world. I think that’s why people are so apathetic about live music because there isn’t any bad bands. Supply and demand.

Thanks for having me!