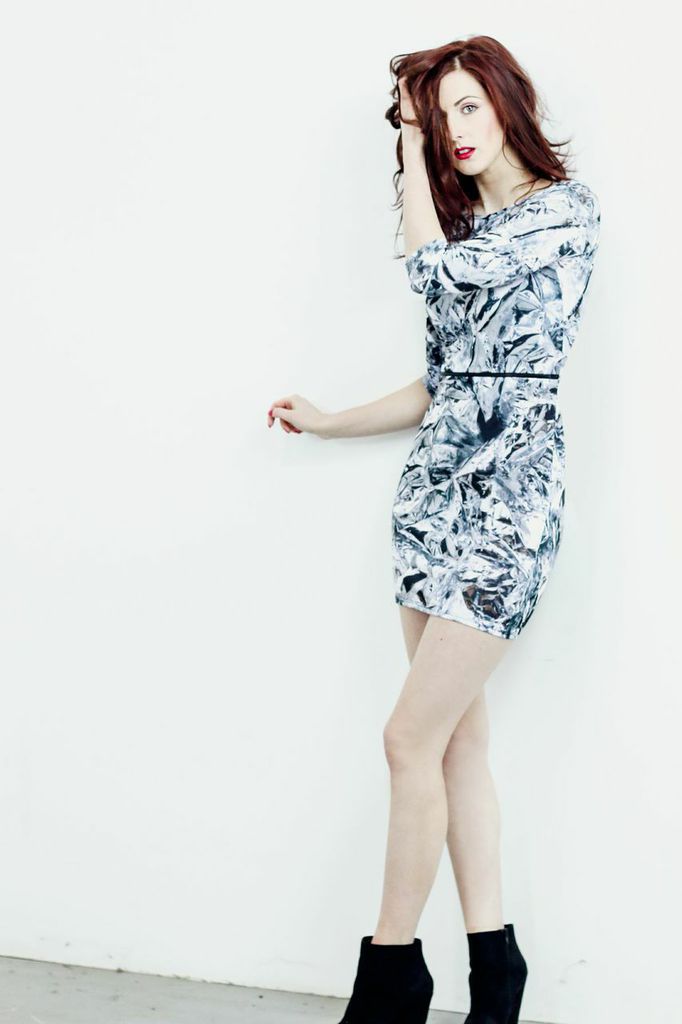 If you haven’t heard of her yet, Cat Thomson is an adult contemporary artist signed to 604 Records in Vancouver. Since we last spoke to Cat in November of 2013, she has released her debut EP ‘Puzzle’, done several shows, and kicked off her #SeeThroughTheLies campaign. Check out our previous interviews with her below, as well as links to her social media and music.

It’s been a year since we talked to you last and you’ve certainly been busy with shows, your EP release, and this new campaign. What was the tour like?

Cat Thomson: It’s been a fun year! Looking back I realize how busy it’s been, but it never felt overwhelming at all. I would much rather be busy to the point where I don’t even know what day it is, rather than sit waiting for the hours in the day to pass by. The ‘Spring Into Summer’ tour was incredible. I took my guitarist and drummer with me to do little acoustic shows throughout BC and some of AB. The response was amazing, I got to see so many friends and family along the way, and had the extreme pleasure of meeting new fans who quickly have become new friends. I would really love to do another little tour like it, but this time head East. 2015 seems like a good year to do that 🙂

‘Puzzle’ was released on October 22nd, what was the response like? Were you surprised at all?

CT: Response has been good! I did more of a soft release, not a lot of marketing or build up went into the release of PUZZLE. I just wanted to get music out there! It was so depressing to play shows and have people say “I love your music…where can I buy it” and me say “well…surprise….you can’t”. Its been amazing being able to actually sell albums at shows now and have people walk away with physical copies of my music!

You also released a new single, “Lies”, a remix of “Sticks and Stones”. Why did you decide to release it as a single?

CT: My label approached me and asked if I wanted to do a remix of the song, make it sound more Top 40. I enlisted the help of the talented Tavish Crowe and together we kind of created a brand new song…same lyrics…different melody. The lyrics of the song are what people should be listening to…it’s about strength and loving who you are. If it just so happens that this more upbeat dance/remix version of the song reaches more people, than so be it! The more people hear it, the more the message will be spread 🙂

Can you tell us more about the #SeeThroughTheLies campaign? What inspired it?

CT: #SeeThroughTheLies is a campaign that I started because I want young men and women to be able to look in the mirror and see past all the lies that society places on them and be happy with themselves. I went through a hell of a time growing up being picked on and bullied excessively. Luckily I had an amazing support system of family and friends and was able to see past the lies and rumors, but a lot of young people don’t have that. I wanted to create a safe environment where you can explore who you are, who you are meant to be and not be ashamed. I want everyone to be able to feel like they too, have an amazing support team. For more information on the campaign, check out my website: www.catthomsonmusic/lies

Do you have any more shows planned in the near future?

CT: To be completely honest…I have no idea. Haha. Obviously more musical adventures. More shows, touring, release some more music, continue working as a mentor with The Glass Ceiling Demolition (http://www.glassceilingdemolition.com). Be sure to check them out! They are a phenomenal group who mentor and support young women in Vancouver to help achieve their career goals. Lots of really cool things, I will keep you posted 🙂

And as always we like to throw in a few fun questions:

Winter in Canada isn’t always fun. What do you do to get through the long, cold nights?

CT: Cup of tea, or let be honest…a glass of wine, put on my onesie and become the small spoon for a cuddle session.

CT: You know what…you stumped me….I have no idea. I want to say tea, but I already said tea in my previous answer, so I feel like I can’t say it again, plus is it really seasonal? Now I’m rambling..oh man oh man…uhhhhh BACON

Seeing as Christmas is right around the corner, what was the best gift you’ve given? Received?

CT: Well if I tell you the best gift I’ve ever given/received it’s going to make all the other gifts I’ve given/received feel bad…so i will say all of them

What is your favourite Christmas song to sing?

CT: You are all amazing, seriously. I know I’m just starting out and am a blip on most people’s radar screens, but you truly make me feel larger than life. I can not even begin to thank you for joining me on this journey. Thank you from the bottom of my heart.