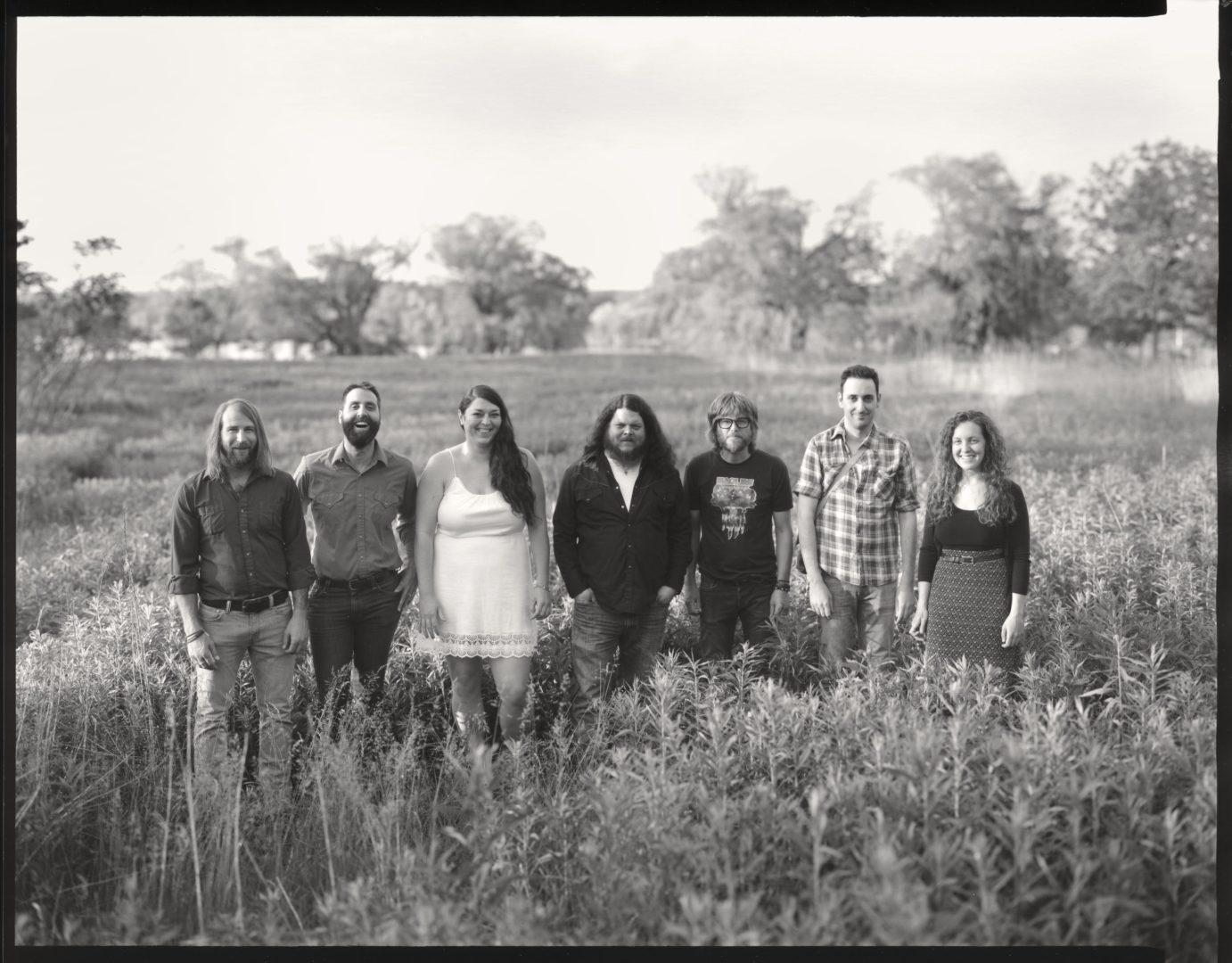 The Dinner Belles are a folk/roots/country band from Hamilton, Ontario. The large seven member ensemble includes Scott Bell, Brandon Bliss, Greg Brisco, Jonathan Ely Cass, Brad Germain, Terra Lightfoot, and Melanie Pothier. They recently released their first music video for their song “Wandering Eyes”, off of their album ‘The River and the Willow’. The album is available in both digital and physical copies on http://sonicunyon.spinshop.com/store/sonicunyon.spinshop.com/Dinner%20Belles. Want to learn more about this band? Check out their social media sites below as well as this interview.

First of all, how did you decide on the name The Dinner Belles?

The Dinner Belles: No one really knows the answer to this for certain, but we think our original pedal steel player suggested it.

With seven people in the band, it must be hard to make any decisions on things. How do you guys do it?

TDB: We generally try to get 4 people to agree on something and go from there. It always makes for spirited debates!

Is there a main writer for the band or do you all contribute?

TDB: Everyone contributes to the songwriting process. Some are collaborations between a few members, some are individual efforts.

If someone hadn’t listened to your music before how would you describe your sound? Is there a song you would suggest someone listen to first?

TDB: Wandering Eye would be a good place to start. It has a steamrollin’ type of vibe, which aptly describes us. We sound like a mish-mash of old time country, folk, and rock n roll.

You recently released your first music video. How was it making it? Can your fans expect any new videos any time soon?

TDB:It was a fun video to make. I had a pretty clear idea of what I wanted to achieve before making it, and I think we did it. We plan to start another one really soon. Just need the concept to pop into my head.

TDB:We’re playing shows and writing songs for our next album, which is moving along quite nicely.

At Canadian Beats we like to throw in a few fun questions so your fans can get to know you better:
Top three places you’d like to travel?

TDB: Our bass players living room. We thought his house was going to collapse.

Best moment you’ve had at a show?

TDB: Brantford on Saturday at Two Doors Down. Terra was sick so I had to sing her songs, which I never get to do.

TDB: Loretta Lynn in Kitchener at Centre in the Square was pretty magical.

TDB: I’m most likely the least naturally talented man on earth. I have to work at everything. No, wait..I am a very accomplished eater of food.

It’s getting closer to Christmas, what is your favourite thing about the holidays?

TDB: Spending time with friends and family that you only get to see at Christmas.

TDB: Thanks for listening, and for making us feel so welcomed when we perform!