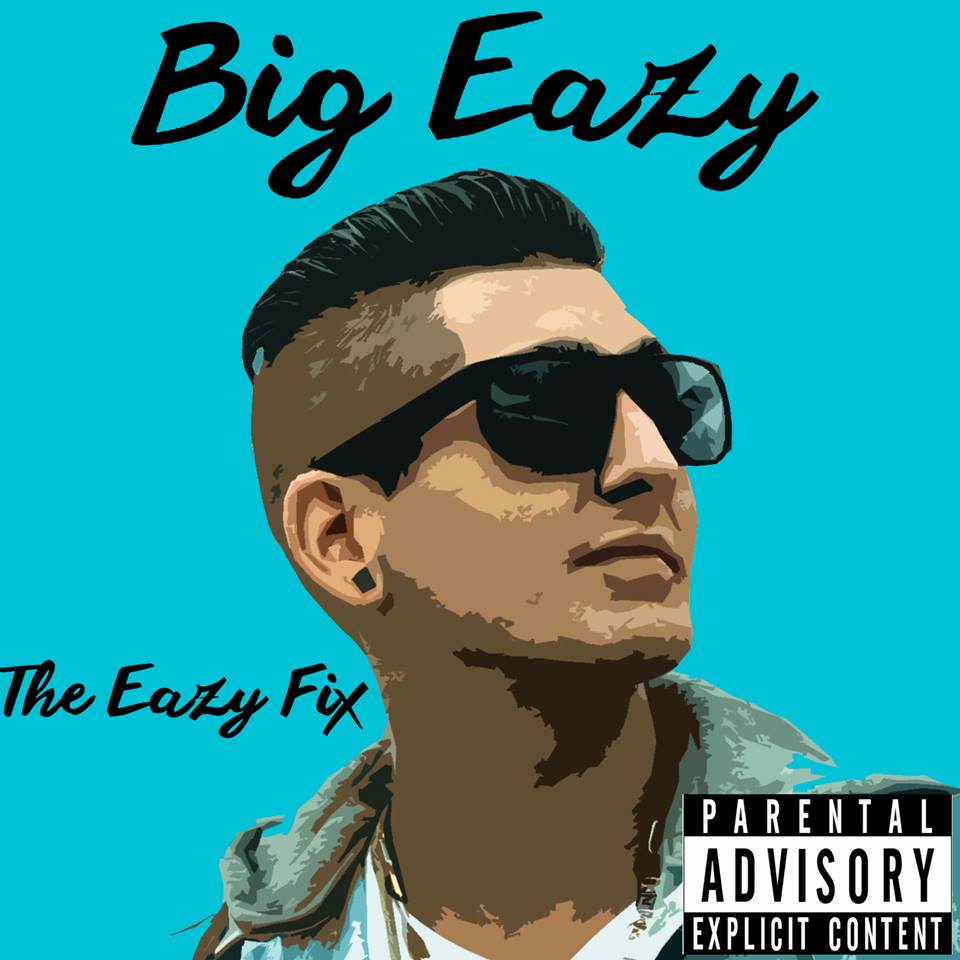 I recently had a chance to ask Canadian rapper, Big Eazy a few questions about his music career, his new mixtape and more. Keep reading to find out everything you want to know about this up & coming artist.

I would have to say that I made that decision almost instantly after I began rapping when I was roughly 7 or 8 years old. It was my dream as a child and it never changed as I got older. As I got further into the music industry I began to like it more and then once I started to record and make more music I realized this is my destiny.

You released your first mixtape titled “The Eazy Fix” last month, how has it been received by the fans?

Honestly I can say that “The Eazy Fix” has gotten more good feedback than any other project I have worked on. I always criticize myself, so I did not expect so many people to listen and connect with it. I have gotten a lot of compliments on the quality but also the content. Many of my fans have reached out to me and said how they have connected with my music on a personal level and that was my entire goal with this mixtape.I wanted to let people know about my struggles and what I’ve been/am going through in my life and hope that people could connect with it and get to know me better but also relate to the content as well.

What can you tell us about the process of creating the mixtape?

The creation of this mixtape was my ‘Eazy Fix’ and that is why it is titled “The Eazy Fix”. I had a lot of personal battles going on prior to this mixtape regarding the direction of my life and where I was going but also where I wanted to be. I think that a lot of teens go through that after graduating from high school. Due to the strong influence of a couple good friends including my younger brother Bonafide and my good friend Frak I got back on track with my music but took a much more serious approach. I started writing music everyday and just trying to improve but also trying to make real music that isn’t about pointless things. I use my music to express myself and let my problems out in a creative way and the entire process of the mixtape was a learning and growing process and the more music I wrote, the better my life became.

You had recorded an EP entitled “Never 2 Young” at the age of 12, how has your sound changed since then?

When I was 12 I could rhyme don’t get me wrong but my flow, cadence, pronunciation, and timing were what you would expect from a 12 year old. I always felt like I did a better job then others my age roughly who were rapping at choosing the right words to rhyme and following a pattern so it didn’t sound like it was choppy. As far as the content, it really made no sense at all and that is exactly why it cannot be found anywhere online, Sorry!

On top of the release of your mixtape, you released a video for “They Think I’m Crazy”, what was the highlight of shooting the video?

This was the first music video I ever arranged completely by myself with help from the director/editor/producer Jason Flores, friends and family to make it happen. I would have to say that the ‘highlight’ of the shoot was staying up all night to get our make up done so that we could begin shooting at 5am that morning. It was really fun to get to hang out with my friends and catch up while also planning everything for the shoot and getting ready. Even though it was a little tiring it was a very cool experience that I will never forget about the shoot no matter how many videos I shoot in the future.

Why did you choose “They Think I’m Crazy” as the first single?

I was having a hard time thinking of what song I wanted to release as the first single so I consulted with close friends and some professionals I work with. We narrowed it down to a 3 songs, one of them being “They Think I’m Crazy” and when we stacked the songs up against one another this one just prevailed. The beat is very hypnotic and catches the audience and the content in the song has a strong meaning. After I sent the song to the creative director Jason Flores and heard his idea for the video, we knew it was the one and that was when we got everything in motion to shoot the video and plan the release. We knew it was the right one because it all came together perfectly.

What’s next on the agenda for you?

Currently I’m working on a new project that I unfortunately cannot say too much about. I can tell you that it is just in the works and a release date is no where in mind. I am focusing on the release of my upcoming music videos for 2 separate tracks from “The Eazy Fix” that are not quite finished yet but will be releasing soon. I am really proud of how far I have come in the last year and I can’t imagine what is accomplishable in 2015. I am just going to stay busy, stay writing music, and always trying to connect with my fans, friends, and family about what my music is sounding like to them.

Since, we are all about Canadian music, who are you favourite Canadian bands/artists?

Drake will always hands down be my favourite artist, I don’t even think an explanation is necessary. I like what SonReal is doing and some of the talent coming from Toronto is amazing. A few more Canadian artists I enjoy are Tory Lanez, P Reign, Partynextdoor, and The Weeknd

When can fans expect a tour?

Touring is something I have always dreamed of doing and now that I am getting closer and closer to that day it just seems so surreal. As of right now I do not have any immediate plans for touring but fans can expect to see Big Eazy live much more in 2015 and if the right opportunity comes around then perhaps I will go on tour but till then I am just focusing on trying to continually grow as an artist and keep making music.

Here, at Canadian Beats we like to include a small portion of “random” questions that may help your fans get to know you a bit more, so here goes:

In grade 7 my sister took me to a concert in a mall near where I live and I saw ‘George Nozuka’ perform. The Beat 94.5 is a radio station that used to hold spring break concerts in this mall and that was my first concert ever. I thought he was pretty good back then but I haven’t heard much from him lately.

If you were asked to appear on one reality television show, which would you choose?

Dancing with the Stars for sure. When I was younger I was on a dance team and it actually helped me with my rhythm and writing raps so I feel like I would do good on that show!

With Christmas approaching, what is your favourite Christmas song?

I would just like to say thank you all so much for listening to my music and being with me on this journey. You are the reason why I keep at it when I am feeling defeated and all of your kind words has been the fire thats kept me going. I cannot wait to share what I have for you all in 2015.