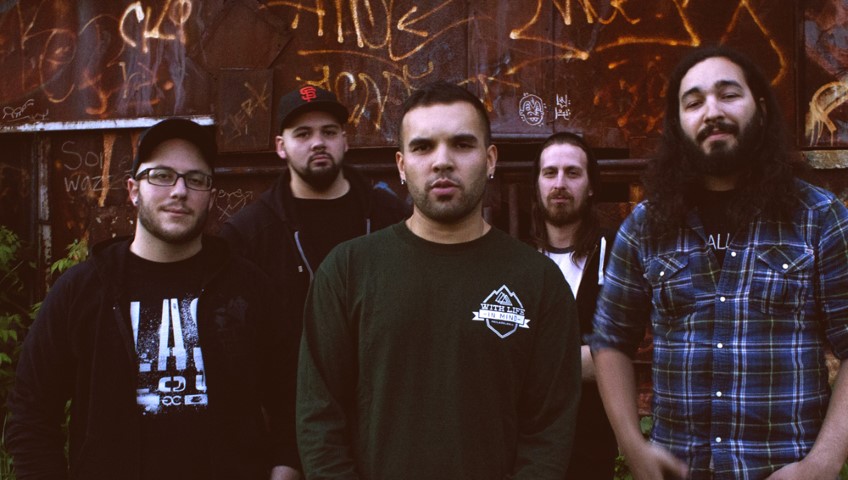 Fayne are a metal-core band based out of Montreal, QC. The band took a 5 year hiatus from 2008 to 2013 but are back and ready to take over the Canadian metal scene with their new EP, The Queen of Kings. I had a chance to talk to guitarist, Nick Fazioli about the new EP and what to expect from them post-hiatus.

Check out their video for “Believers” – https://www.youtube.com/watch?v=z4n5V2UqB1U
And head over to their website for more information – http://www.faynemusic.com

Starting off, can you introduce the band for readers who haven’t heard you before?

In 2008, the band went on hiatus but came back in 2013. Can you talk a little bit about why you went on hiatus in the first place and you’re decision to return to the scene?

We took some time off to broaden our musical horizons and started a few projects that never ended up feeling quite the same. We decided to get back in the scene because we had a blast doing it before and there is something special about music that just brings us together. We never really had a farewell show or officially called it quits. We felt that bringing Fayne back from the cryogenic sleep chamber was the natural choice.

You just released a new EP on November 20th called The Queen of Kings. What was the writing and recording process of the album after taking 5 years off from the band? Did it all come back naturally?

After we began jamming again things did feel much like it did back before we took some time off. Our writing process changed a little considering we began the project again with a different drummer, and our tastes and abilities evolved over time but still, it all stemmed from our roots. The recording of The Queen of Kings was much different than our previous projects. Instead of booking a weekend in a studio and rushing the project out we decided to go the in-house route which allowed us to really get it to sound the way we wanted it to.

Karl Schubach of Misery Signals lends guest vocals on the track Nomad’s Land. How did that collaboration come to be? Was the song always meant to have guest vocals or did you decide it afterwards?

We have always been big fans of Misery Signals. A little while back, Karl was looking for funding of his solo project Solace on Kickstarter.com. When we saw this, we thought it’d be a great opportunity to have him on a track. We chose to send him Nomad’s Land because we felt that was the one that fit him best. Not only did he do a great job backing Jo on some lines but he also added a verse himself which worked out great.

You’ve opened for bands like Alexisonfire and Underoath in the past, did you learn anything from those bands that helped you with your own music?

These experiences along with all the other shows we’ve been a part of have helped us become the musicians we are today. Playing with touring bands is always an eye opener on the sacrifices and dedication these guys make to continue doing what they love doing.

You played at Valhalla Sound Circus in 2014, which is an electronic dubstep festival, where you secured a spot on the 2015 line-up. As a metal-core band, was it strange to perform at a festival where you were a different genre than the majority of performers?

Valhalla was an awesome experience. The ambiance at that festival is unlike any other. Dubstep has a very metal feel with its build-ups and breakdowns. We realized by playing there, the majority of people who listen to dubstep listen to metal as well. There’s a stage specifically set for live bands and although we were the only metal band out there last year, the audience was really receptive to our sounds. All in all, we would have to say that getting the chance to spend the weekend with our close friends was one of the best parts of the experience. Along with our family in the Bigtooth Productions team (festival organizers), as well as our fellow Montreal comrades in Atsuko Chiba and Senzafine, this was a well written chapter added to Fayne’s growing experience. We look forward to being a part of it next year.

There is no one in particular really. We are just beginning to write our next project and although we don’t have any collaborators yet, by the time it’s finished that might be a different story.