Interview – Island In The Sky

By Jordyn Armstrong on November 29, 2014@jordynhannah95 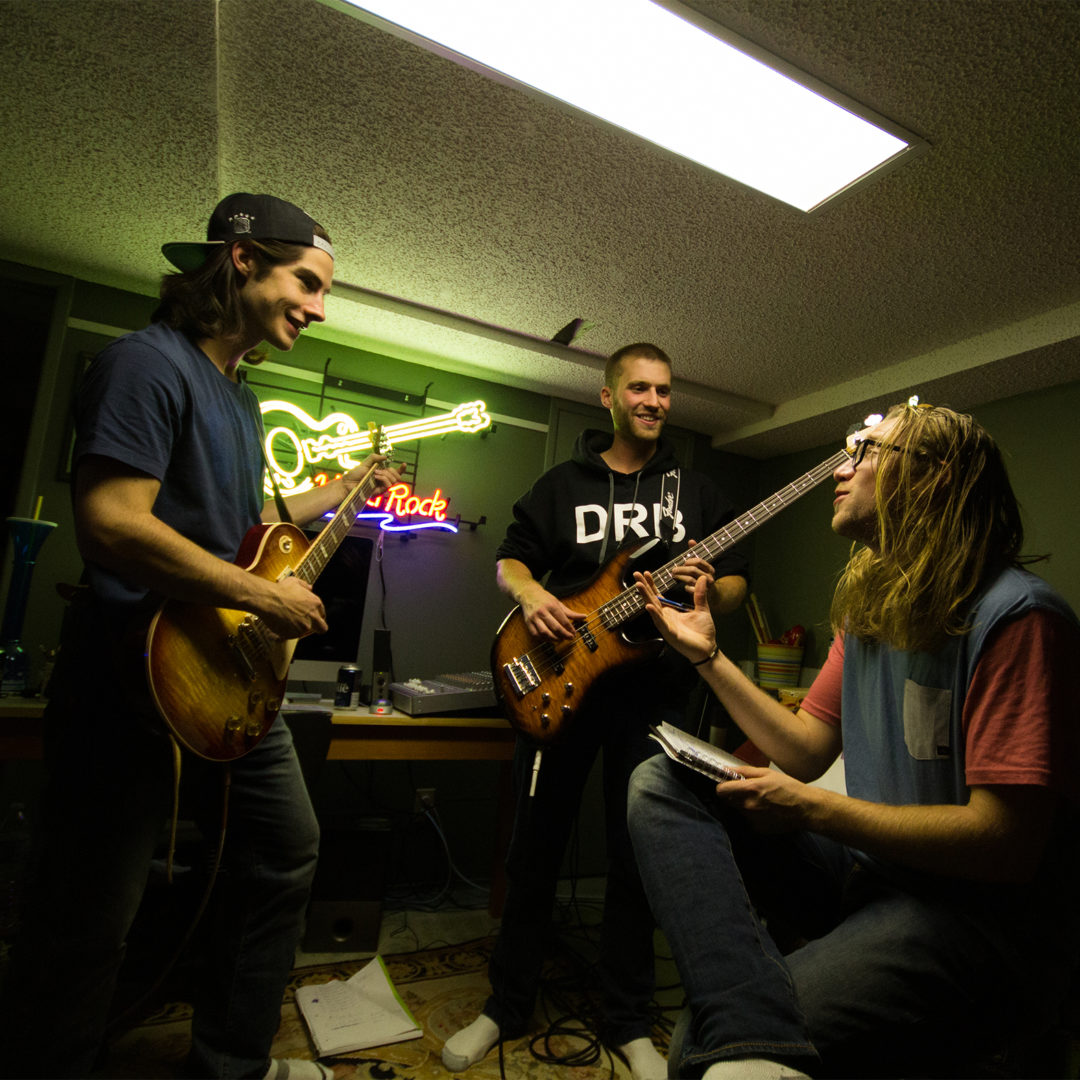 Island in the Sky may be new to the Canadian music scene, but they already have one self-titled album up their sleeves, and are already working on more music. The alternative-rock band from Calgary is formed by Brad O’Neill, Spencer McIntosh and Willis Sturrup. To find out more about this up and coming band, check out this interview I got to do with them!

How did you all meet? Was it “band at first sight” or did it take some piecing together?

IITS: Brad, Spencer and Willis all met during high school. Brad and Spencer began jamming casually in 2011 after reconnecting at a house party. During this time Willis was living in Nelson BC, pursuing a career as an electrician. Willis moved back to Calgary in April 2013. Shortly after, he began jamming with Brad, Spencer and Dylan Cheyne. Together they formed the band Lone Wolf Lives in May 2013. After playing together for a few months, the band split up due to creative differences. Brad, Spencer, and Willis continued jamming and formed Island in the Sky in January 2014.

What is it like starting out as a new Canadian band?

IITS: It is awesome because Canada is the best country in the world!!!

What would be some advice do you have so far for those who want to pursue music?

IITS: Don’t give up on your dreams and do it because you love it.

What are the inspirations for the songs off your new album?

IITS: Life experiences, the good ones and the bad ones.

How would you describe your sound to someone who hasn’t heard you before?

IITS: Funky, rockin, and mellow, all at the same time. Music that will make you fly, to an Island in the Sky.

What song would you suggest first?

You have gone a long way in the last year, since forming in January. What do you have planned for next year?

IITS: Branching out into the Calgary music scene, writing new songs, playing gigs, and recording another album for late 2015.

Do you plan on going on any tours soon?

As a Canadian Beats tradition we ask a few fun questions. Here they are!

What would be one thing that people would be surprised to know about each of you?

Brad plays the saxophone.
Spencer is a nerd.
Willis is a dancing machine.

If you were an animal, which would you be and why?

Brad: “A Bald Eagle, because they are badass and do what they want.”
Spencer: “A Monkey, because they seem like they are always getting into some sort of crazy Monkey shenanigans. I want to get in on that.”
Willis: “A Lion, because I want to be the king of the jungle.”

Do you have any strange fears or talents?

IITS: Thank you everyone for all of your support. We are extremely grateful to anyone who has taken the time to listen to our music. Also thank you to the dedicated fans that come out to all of our shows.