By Lindsay Newman on November 26, 2014@https://twitter.com/lindsaynewman_ 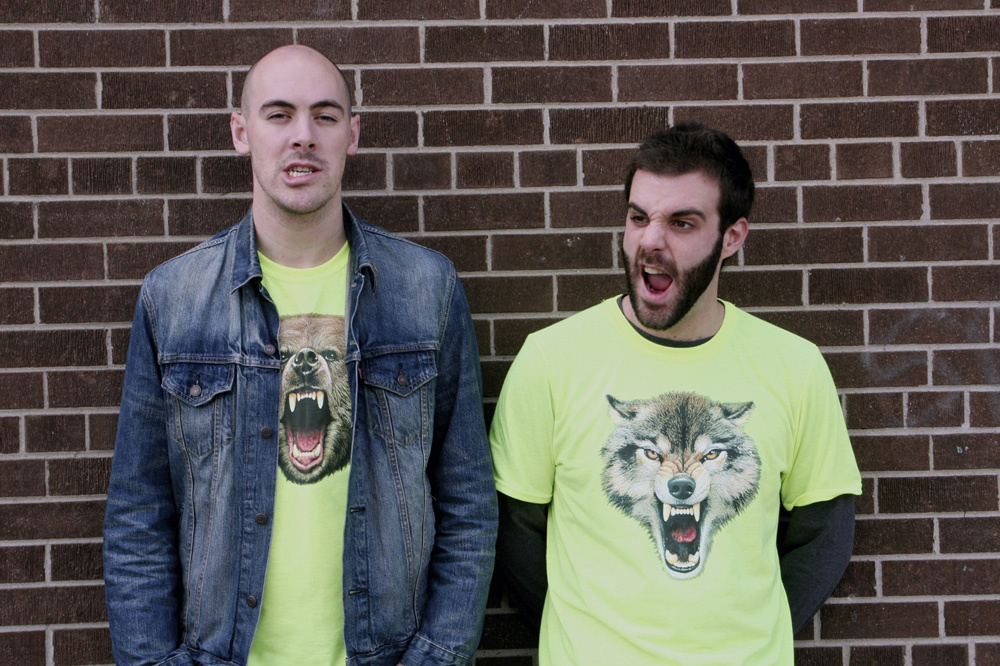 Terrorista is a post-punk two -piece band from Toronto, ON. They have been a band for over ten years. The band is currently in the process of releasing all four of the tapes with the pink one released back in September. Their new single “Darren vs. Bag” from the purple tape is now on soundcloud.

Rich: We met through a friend in 2005, and soon after started playing together in a band. Sam was on bass then, but he should’ve been playing guitar from the start. It would’ve saved us a lot of time!

What are some of your influences for your music?

Rich: We have a lot of different influences…probably for this band At The Drive-In would be pretty big, Do Make Say Think, Four Tet, etc. Could go on forever. When I was young I really liked Rancid and bands like that, so that probably still comes through a bit with my playing.

Where did the colour idea for your cassettes come from?

Rich: Well ideally we would’ve released them on vinyl, but that’s pretty expensive and cassettes are dirt cheap. The idea was to spread out the songs as singles to give us more time to work on them and have more fun playing release shows. It’s been great so far.

Rich: We started working in February 2014 and immediately came up with Darren vs Bag and Philip Seymour Hoffman. The rest came soon after and we just went from there. The idea was to make short songs that were catchy and fun…and we’re just expanding from there. The next EP we work on will be a bit more complex.

What has been the reaction so far from the cassettes?

Rich: Great! People seem to be enjoying the songs a lot, which is new for us. Also, to have some interest from online publications and blogs is a great compliment.

What’s coming up next for the band?

Rich: We just finished recording a song for a Christmas compilation for http://musicsheblogged.blogspot.ca/ which was hilarious. We’re also playing the release for Purple Tape at Handlebar on December 6th.

At Canadian Beats we like to throw in some fun questions to help the fans to get to know you better.

Rich: Our Lady Peace at the Air Canada Centre when I was 12. It was awesome.

What was your first album that you bought?

If you could visit any country where would it be?

Who are your guilty pleasures for music?

Rich: I don’t have any. Anything I like, I know exactly why I like it and will stand by that without any reservations. I think Taylor Swift is an incredible artist who gets dismissed as “just pop” by most people. But fuck those people, they don’t know what they’re missing.

What has been on repeat on your IPod lately?

Rich: Brill Bruisers by New Pornographers and the new Ryan Adams album. It’s good music for going to work in the morning.