Interview – A Day As Wolves 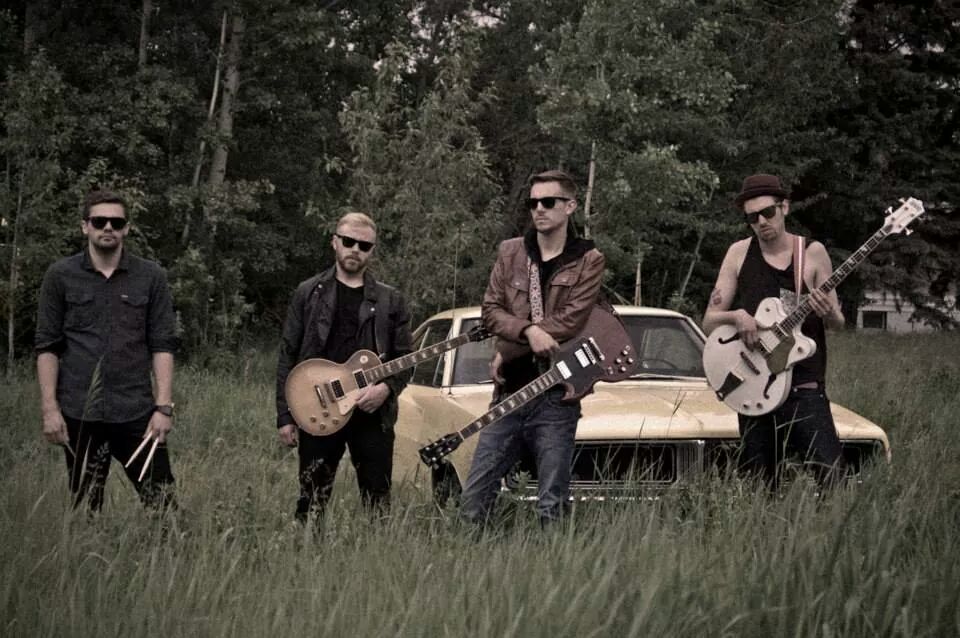 Blues rock band A Day As Wolves hail from Calgary, Alberta. The four piece band includes Andrew Eskesen (vocals, lead guitar), Kyle Eskesen (bass), Cam Dawes (rhythm guitar), and Justin Keeler (drums). They released their debut LP ‘Move To Be Free’ earlier this year in July. Want to find out more about this band? Be sure to visit their social media at the end of this interview.

How did you come up with the name A Day As Wolves for the band?

A Day As Wolves: Our original drummer was from and currently lives in Venice Italy. A Day As Lions is an Italian saying (A Day As King). We though a wolf represented Canada a little better .

You recently won the X92.9 Xposure Contest. What was that experience like?

ADAW: It’s amazing. When doing this album we had a set of goals that we wanted to accomplish and that was on the top of our list . Winning Xposure has gave the band the recognition we want and need, the opportunity to play with first rate bands and radio play on a regular rotation. We couldn’t be happier.

You were on tour for a few weeks throughout October and November, what was that like?

ADAW: It was great. It took us to a few towns and cities that ADAW have not preformed at prior to the tour. We always love meeting new people and bands. Every tour can have its ups and downs but it was well worth it. We will play anywhere if it means we get a few new fans and have supporters of Indie Rock n Roll.

If someone hadn’t listened to your music before, how would you describe your sound to them? What song would you suggest they listen to first?

ADAW: Our sound is best described as Fuzzy Rock N Roll with a twangy twist. Our music has a little something for everyone. The latest single “My Centerfold” really shows those qualities in a song.

ADAW: Influences are so vast that we could go on for ever ,but some of our stand outs would be Led Zeppelin, The Allman Brothers, The Guess Who, John Lee Hooker, Cream, James Brown and even The Beastie Boys

What is your writing process like (e.g. lyrics first, melody first, etc.)?

ADAW: I think for every writer in the group it’s different. As For me (Andrew ) it’s what ever I am feeling at the moment. A lot of the time I’ll have a subject matter in my head, do the basic structure for the song then write lyrics . Lyrics tend to come to me pretty fast but every song has its own challenges.

Your LP, ‘Move To Be Free’ was released in July. What was the fan response like? Is it what you expected?

ADAW: It was above our expectations. We have gained reviews and fans from places we would never have expected including Iceland and Russia to name a few.

You also released a video for your song “My Centerfold”. What was filming that like? Can your fans expect another video in the near future?

ADAW: Filming the video for us was wild. We made sure we had a good crew, which made the whole process fun and rather painless. We are looking to do a new music video early next year, ideas are just starting to roll out.

What three things do you absolutely need to have with you when you’re on tour? a bit to much fun.

ADAW: Ipod is a must for us, 10 hour drives would not be tolerable without a good mix in the van playing. Red bulls and waters are also a must . Staiyng fueled up keeps us going, especially after those gigs where we have to much fun.

If you could collaborate with any band or artist, who would it be?

ADAW: We’re proud Canadians and would love to work with Gordie Johnson of Big Sugar… Or even have him produce our next lp 😉

Where is somewhere you would love to tour?

ADAW: We have strong roots in Scandinavia and definitely plan on going there in the near future

Do you have any odd or hidden talents your fans may not know about?

ADAW: Kyle (bass) can re-site the lines to almost all the Lord of the rings movies and The breakfast club.

What would be the first thing that you would do if you won the lottery?

ADAW: Besides making sure our families are set, I think we would do some recordings in historic spots (ie abbey road , sun records ext) and of course buy some vintage gear

ADAW: Thanks for keeping indie rock/ Canadian music alive and on the map… Stay Fuzzy!

Check out their music here: http://adayaswolves.bandcamp.com/