By Lindsay Newman on November 21, 2014@https://twitter.com/lindsaynewman_ 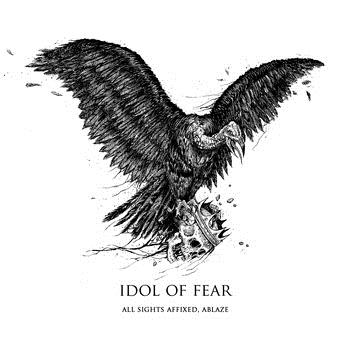 Idol of Fear come from Toronto, ON and have just released their new digital album “All Sights Affixed, Ablaze” on November 18,2014. The band is Austin (guitar & vocals), Dave (guitar), Johnny (bass, back up vocals) and Doug (drums).

Idol of Fear has been a band since 2011,which is shown through their music. They are very talented in their style and it is shown in the album. I enjoyed the different elements of their music because it had me engaged the entire time.

Some of my favourites on the album were “It Demands” , “It Militates” and “Carrion”. I liked these because it showed different styles of their music. This element is good because it keeps the audience intrigued the entire time they are listening to the album. I was impressed with the album and I would recommend it to metal fans.