By Jordyn Armstrong on November 21, 2014@jordynhannah95 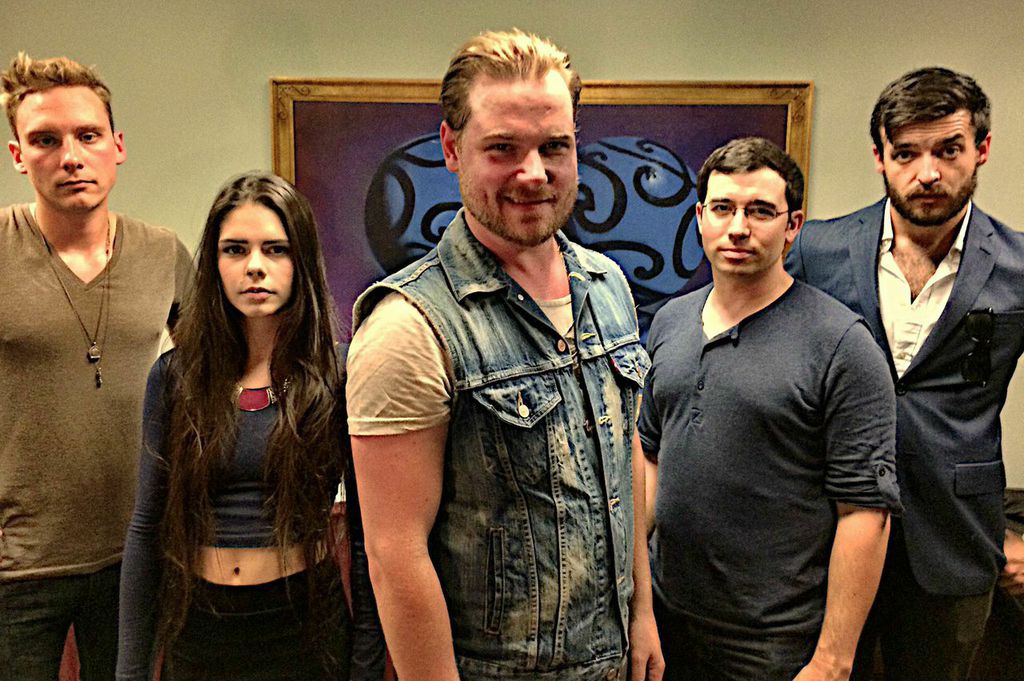 Marc-Antoine Robertson, Alex Meade, Lauchie Headrick, Leanne Hoffman and Shawn Burke makes up Halifax’s orchestral indie-pop band SoHo Ghetto. After finishing their most recent tour of the east coast, they geared up for the release of their first full-length album called, “Thou or I or Both”. We were lucky to get an interview with Marc-Antoine Robertson form SoHo Ghetto, so keep reading to find out more.

How did you first come together as a band?

SHG: We all met or new each other prior to forming the band. This band has been in a state of flux in one way or another for a couple years. We’ve seen members come and go and in the last year we’ve gone from a 7 piece down to a 5. Myself, Alex and Shawn have been playing together in this band for close to 4 years. We’ve recently brought in a couple new members. It keeps things interesting and fresh. We’re happy with the changes and it feels good moving forward into 2015.

Your Facebook page says you came together in 2010. How do you think your sound has changed since then?

SHG: We just try to go with what we think people will like. I guess you could say we’ve gotten a lot more ‘pop’ and kinda moved away from some of the more folk inspired acoustic sounds we played on when we first formed the band.

How would you describe your music to someone who’s never heard you before? What song would you suggest they listen to first?

SHG: I like to think you can start anywhere in our repertoire and be hungry to get more but from the new album I’d suggest either ‘Man Down’ or ‘Sidekick’, people seem to be pleased by those songs. That being said if your feeling a bit nostalgic and need a minute to meditate or feel like watching a movie but don’t have time go with ‘Rook’ or ‘Bobolink’. There’s a song for every scene on the new album.

What do you think was your biggest inspiration for “Thou or I or Both”?

SHG: Movies and movie soundtracks from 1984 up until about 1996. From Top Gun to Twister and Lost Boys to Armageddon. Pop culture was a huge inspiration behind how myself and our producer Dan Ledwell approached the project. We talked allot about scenes from movies and the songs that supported those scenes and how they affected us both as youths and currently. We essentially tried to build a soundtrack to a movie that doesn’t exist.

What is your writing process like? (E.g. lyrics first, melody first, etc.)

SHG: I’m back and forth. Sometimes I’m writing lyrics, sometimes I’m singing melodies into my phone. I can write anywhere and leave lyrics all over my house for me its an every day occurrence so I’ve grown pretty relaxed to it all. The goal is to get all those thoughts and words out to as many people as possible so its par for the course as I see it. The band as a whole digs into the guts of the songs. Once I bring them something they tear it apart and put it back together with bits and pieces of themselves added in. Its serious music science and shit.

Can you explain how you mix in references of 80’s pop into your songs? Is it more lyrical or instrumental references?

SHG: It’s mostly instrumental. We love 80’s music. We were youngsters in those days and as it happens spent allot of time listening to contemporary stuff with our parents like; Steve Winwood, Phil Collins, Bruce Hornsby, Peter Gabriel, the list goes on. I think if we had to choose an influence within a large library of musical inspiration that would be what the core members have in common. Otherwise our influences couldn’t be more different which again keeps things interesting.

Your shows are said to be like plays. Can you tell us a bit more about this?

SHG: We just give everything we got I suppose. We want to make people feel like they’ve seen a show. There’s a higher level of interaction between us and our audience if we make eye contact and move around and we find this creates a more memorable and positive experience. None of that shoe gazing hipster nonsense. Meatloaf had it right.

Will you be doing any more touring to promote “Thou or I or Both”?

SHG: Yeah we’ll be in Toronto at Lee’s Palace November 21st so that’ll be fun!

We like to ask a few fun questions for the fans, so here they are!

If you could go back in time to any era, which would it be and why?

SHG: 50’s in New York or San Francisco throughout the 60’s or Paris in the 70’s or L.A. in the 80’s and of course Seattle in the 90’s. I think there are obvious reasons for all those era’s. Hopefully if this happened I’d be accompanying Doctor Who.

What is something about you that fans may not be aware of?

SHG: Myself and Alex like Science Fiction and nachos. Shawn, our drummer, eats tons of bananas. Our guitarist Alex Meade’s parents were tight with Allen Ginsberg. I am fluent in French. Our bass player Lauchie and piano player Leanne are both from rural Ontario, I call them ‘The Twins’ even though they are not related. Shawn, Alex and myself have been with the band the longest.

If you were an ice cream flavor, what one would you be?