By Remington Fioraso on November 20, 2014@https://twitter.com/RemingtonFD 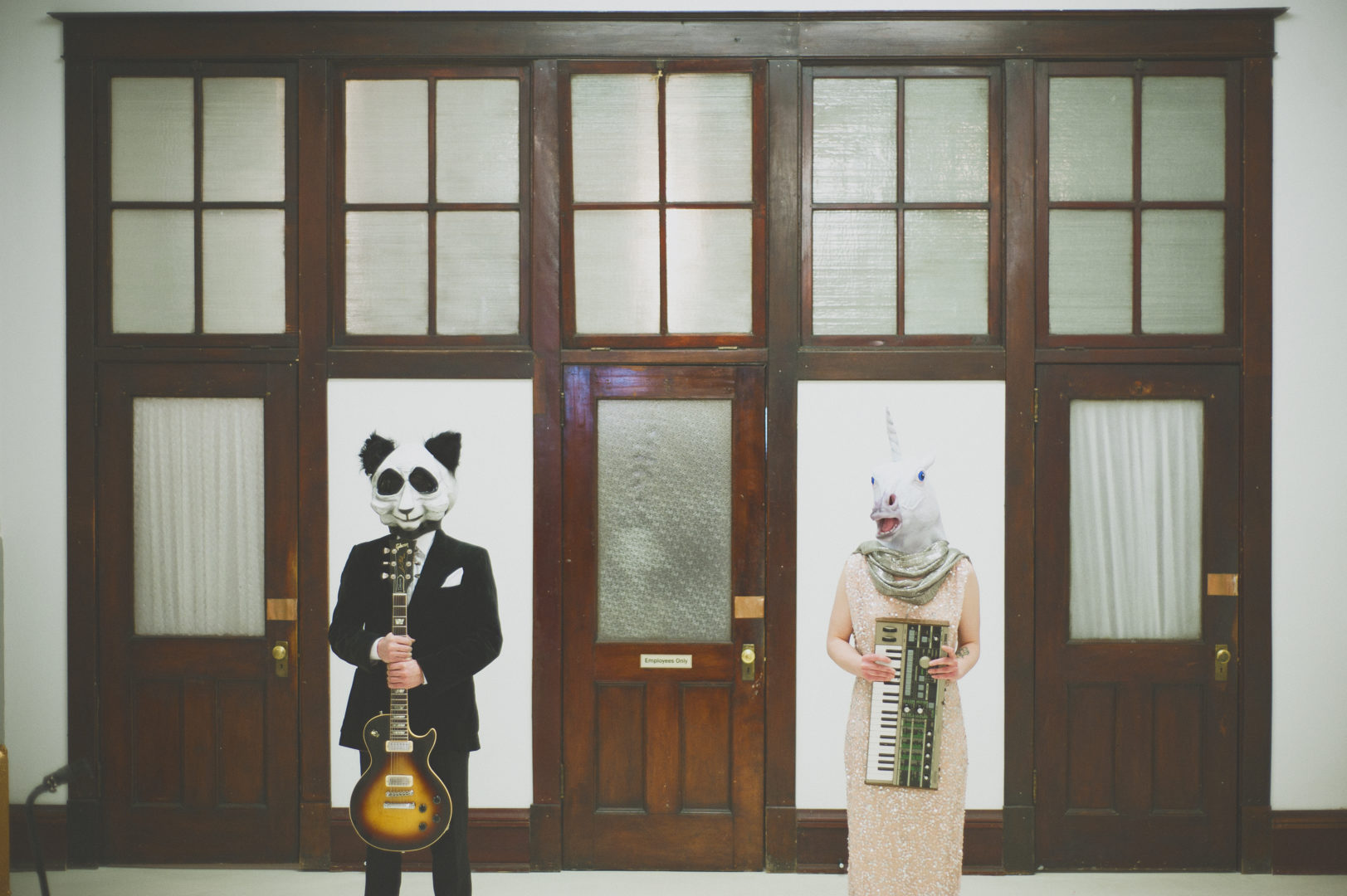 PandaCorn is a synth-rock group hailing from Moose Jaw, Saskatchewan. PandaCorn was formed by Megan Nash and Brodie Mohninger. The group released their new album, Synthesis of Opposites, on November 6, 2014.

Brodie: I’m influenced by everything I hear, so everything from the sounds of commercial radio to that recording of the Rossetta comet. As for specific artists that pop up in PandaCorn music, I grew up on a lot of 70’s music so things like Talking Heads and Pink Floyd show up a bit. Right now I’m going through a St. Vincent phase.

Megan: I adore Stevie Nicks vocal styling and the synth work in Shooting Guns. I remember really drawing from Stars and Holy Fuck when we first started the group.

Brodie: At a gig in Mossbank Sask. I was in a band called Brain Sauce and Megan was playing with a country cover band, we opened for them, tough crowd as I recall…..

Megan: I am pretty sure I played a washboard that night.

What events or whom have been inspirations for writing songs?

Brodie: Sometimes it’s a riff, other times its people or events, or even just a phrase, like Velveteen Daddy. Or past experiences like The Mighty Birch is about a tree I used to spend hours sitting in in Swift Current when I was young. Once when we were on tour we drove by my old house and the tree was just a stump.

You recently released Synthesis of Opposites through Bandcamp. Were there songs you were particularly excited to release? Why?

Brodie: Midnight Move was big change in vocal character for me. I’ve always kinda been more of guitar player.

Megan: I have a lot of fun singing Velveteen Daddy so when people comment on that recording it makes me happy.

What inspired you to name the album Synthesis of Opposites?

Brodie: I’m pretty sure I was listening to Tom Power on the CBC and he mentioned it, its a philosophical term. It just rang true as something that described what we were doing. Musically Megan and I are on opposing ends of the spectrum, there’s also the whole Panda/Unicorn imaginary (real/imaginary), also Megan’s from a farm, I grew up in cities amongst other more obvious differences. This album was us trying to reconcile these things, or at least put the two perspectives beside each other.

What is next in store for PandaCorn?

Brodie: We’re currently making video’s for the songs off the album, looking to release them in the new year.

In typical Canadian Beats fashion, we like to include ‘fun’ questions to help fans get to know you a bit more!

Megan: I have a great love for East Coast singer/songwriters including Amelia Curran, Dana Beeler, and Mo Kenney.

Brodie: Lately I’ve been listening a lot to Calgary bands like GhostKeeper and Devonian Gardens.

Brodie: Sometimes I put the radio on scan and just listen to bits from every station, it makes me feel like Ozzymandus from The Watchmen, but sometimes its more like David Bowie from The Man Who Fell to Earth.

What is one thing you cannot live without?

Megan: You can do a lot with a butternut squash.

Brodie: I can’t say its my favorite, but being on the road so much, I eat a lot of sandwiches. I often wonder how much longer it took to make a meal before The Earl of Sandwich had his revelation to put things between bread.

Megan: Go to Mossbank and get the steak.