By Lindsay Newman on November 19, 2014@https://twitter.com/lindsaynewman_ 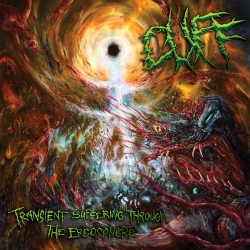 Cuff, based out of Oshawa, ON are just about to release their album Transient Suffering Through the Ergosphere. The album comes out on November 18, 2014 and has 9 tracks on it. Cuff is Bob Shaw (vocals) & Zach Smith (guitar, bass & drums).

Cuff has been a band since 2005, which is pretty obvious because they sound like they have been playing together for years. The band seems very confident in the style that they play and they are very good at what they do.

The album has different elements to it, which kept me engaged such as the beginning in the self -titled track “ Through the Ergosphere”. The album shows that they have talent and the album is worth a listen.