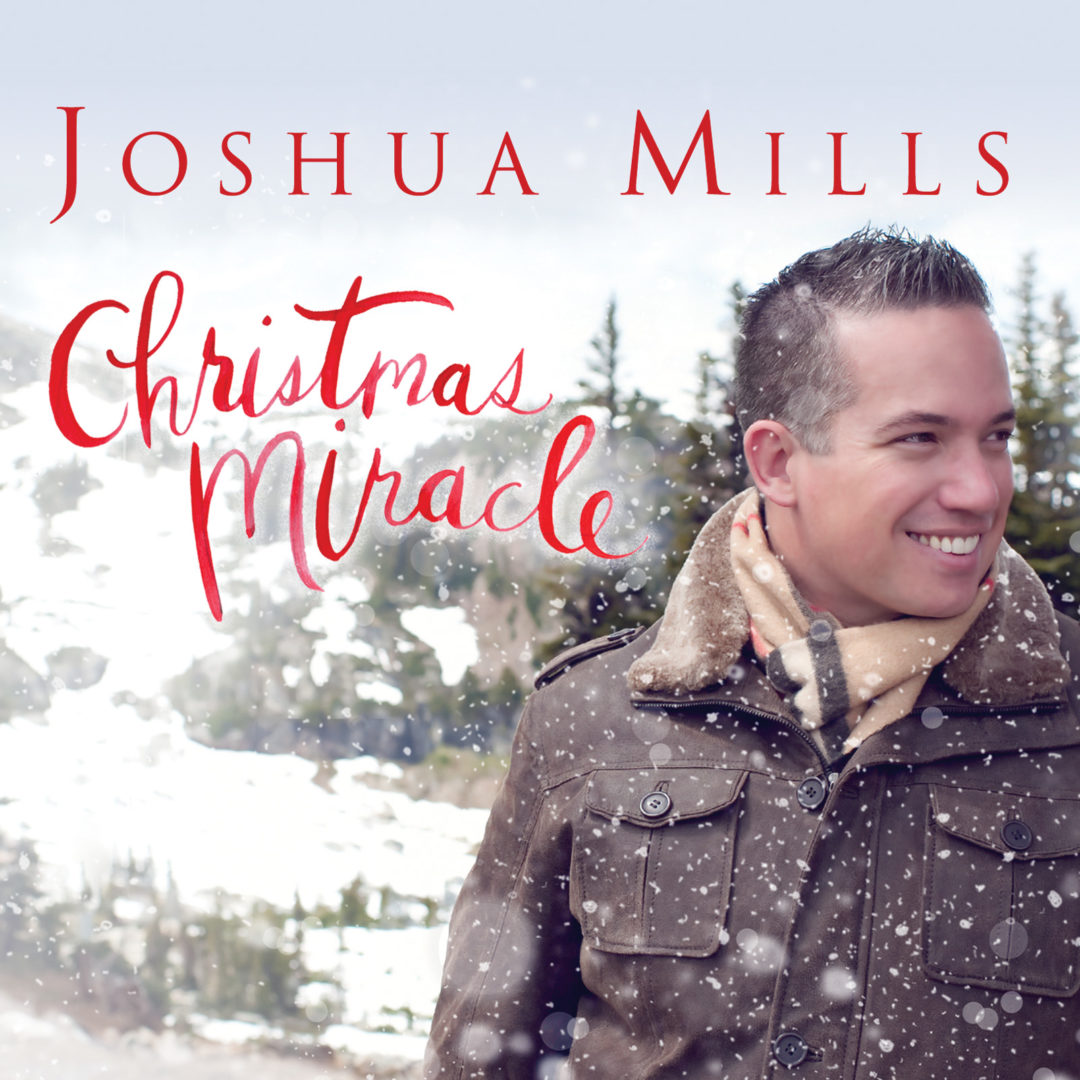 Joshua Mills is a singer/songwriter, as well as an internationally recognized ordained minister of the gospel, who currently resides in London, Ontario with his wife and 2 children.

Joshua has wanted to put out a Christmas album for years now, but late last year he was approached by producer, Jack Shocklee about bringing these ideas to life, and now it is here for us all to enjoy. Joshua went to Kickstarter to help raise the funds, and even reached the initial goal, and went above by almost $10,000, which Joshua spoke of, saying “I guess you could say it was a “Christmas Miracle”!!!”

The album is made up of a mix of well-known Christmas classics, some not so well known holiday tracks, as well as two originals from Joshua. When one of Canadian Beats writers interview Joshua, he said “This album is all about bringing those miracle-feelings back to Christmas!” and that is just what he did.

The album starts with “The Christmas Waltz”, which Joshua says “I love The Christmas Waltz. That’s why it’s the first song on the album. There’s something so beautiful about that song… the way it makes me feel at Christmastime… and when we recorded it, I wanted it to sound like a music box opening up, inviting us into a winter wonderland of song!” I agree that this was the perfect way to start off the album.

Next is a Christmas song that I hadn’t heard before, which if you know me, you know I’m obsessed with Christmas, and Christmas music. “It Snowed” quickly became one of my favourites on the album. It’s got a great beat and it’s fun to sing along to, and it really does put you in the spirit.

As there are 14 songs on the album, I’m not about to go into detail on each and every song, but the album features such other favourites as “This Christmas”, “Come On Ring Those Bells/ Christmas Vacation” and “O Christmas Tree”.

Joshua’s two original songs, “Precious Baby” and “Gift of Love (Heaven’s Kiss)” were two great additions to this album. “Precious Baby” sounds like a classic Christmas carol, but in fact is a brand new song. “Gift of Love (Heaven’s Kiss)” was co-written with Joshua’s wife, which of course makes it extra special to him, and his family. When he was asked about the songs on the album, he spoke very fondly of this song, “It’s a great song that reminds us of the reason why we celebrate the holidays. I’m thankful for the gift of life, the gift of my family, the gift of peace. It’s a miracle. I think the listener will be able to relate and hear this song speaking to them in so many different ways as well.” It really is a beautiful song, with very intense melodies, and tells a story in the lyrics.

If you are a fan of Christmas music, this is an album that you have to pick up for this holiday season!