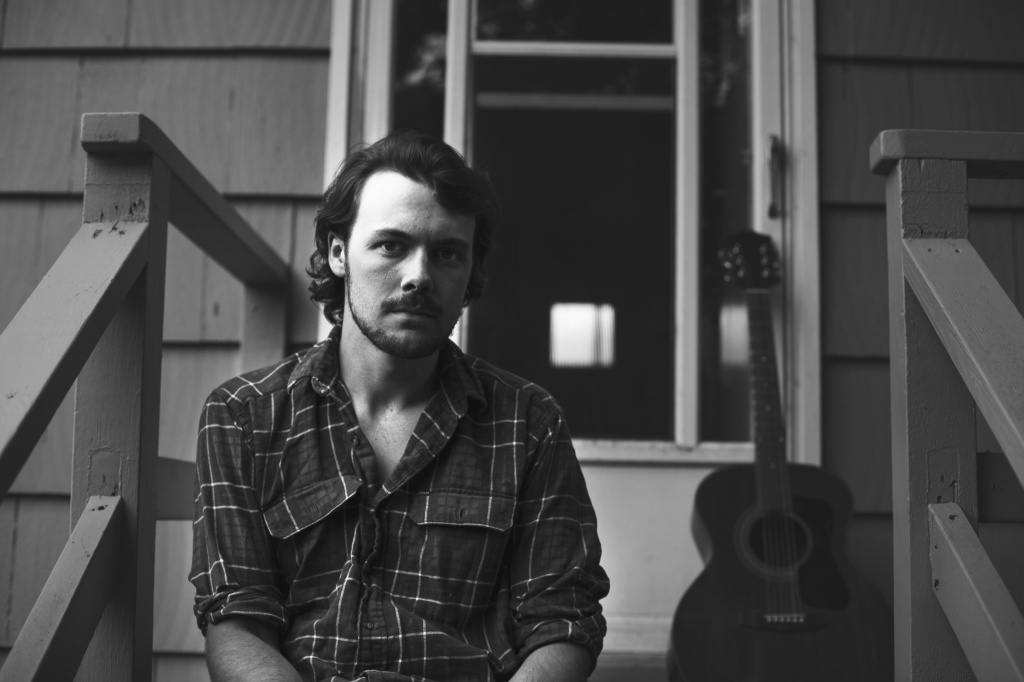 Sam Weber is a 21 year old artist based in BC who has recently released his debut album, “Shadows In The Road” on September 2, 2014. He also released a music video for his first single, “August”. We had a chance to conduct an email interview with Sam and ask him all about this album, and more!

SW: I realized when I was young that music was fulfilling and rewarding in a very unique way. Music demanded a type of engagement and a form of escapism unlike other hobbies or interests I aligned with at the time. I was probably twelve years old when I first started, and haven’t looked back.

You just released your debut LP, Shadows In The Road on September 2, how has the response been?

SW: The response has been really interesting. I released this album independently for friends and family in the summer of 2013. For the most part all of the people really close to me had heard it and weighed in already. I feel like the response I’ve felt since the official release in September has been free of any inhibitions and flattery one might expect to here from their parents or the like. At least it’s easier to spot who’s really into it and who isn’t. Not that I mind if they aren’t into it, it’s just interesting. We’ve toured a lot harder since releasing the album in September, and overall, the response has been really positive.

The album is a compilation of songs written over the past six years, how did you choose which to include?

SW: I culled the best songs I’d accumulated up until maybe 3 months before the release. Oddly enough I found a lot of the stronger ones were those that have stuck around the longest. I tend to write a lot of music and time tends to filter out the worse of it!

Is there a specific song on the album that holds strong meaning to you? If so, which one? Why?

SW: I like the first song on the album “Shadow in the Road”; the self titled track minus the pluralization. Oddly enough, that song was written long after the independent pressing and naming of this record. This song has strong meaning for me because I was finally able to vocalize what the album title meant to me – and hopefully brought the literal imagery of the name out of focus for some people.

You released a video for the first single, “August” on August 21, what was the highlight of filming the video?

SW: The highlight of that project was having the director, a fellow from Vancouver named Lau Tin Pak, bring something I created into the visual domain. We really left creative license, in a visual sense, in his hands. Giving him the song, giving him time to listen to it, and then allowing him to create visually what the song made him see or feel. Any marriage between two sonic and visual elements in art can really reinvent the overall vibe of a piece. It was both amazing and flattering to have someone else supply one of those parts and then have those two elements work in cohesion.

How has the video been received by fans?

SW: Pretty good, I think! It was a good marriage. I think the video and the song brought out some emotive elements in each other, previously unseen. We did a release on Daily Motion, initially, and the video got some good traction around the world during that first week that it was online. It’s cool to know that there are people all over the globe who have seen the video, and hopefully it resonated with them!

You have shared the stage with The Tragically Hip, Sam Roberts, Stars and more in the past, is there anyone you are looking forward to sharing the stage with in the future?

SW: I am looking forward to sharing the stage with the band I’ve been working with. Marshall Wildman playing drums and Hugh Mackie playing bass. Both are my best friends and exceptional players. I express no modesty in saying I feel extremely lucky to play with them every chance I get. They are world-class musicians.

You were featured in Guitar Player Magazine at the age of 19 making you one of the youngest people ever to be covered in the magazine, how did that feel?

SW: For the most part I just felt surprised by the whole thing and the surprise felt good!

You were recently signed to Cordova Bay Records and completed a Western Canadian tour, but when can fans expect a Full Canadian tour?

SW: The new-year will yield many new adventures. I couldn’t be more excited to get back out there! Plans aren’t quite ready to be made public yet, but we’ll be touring a lot in 2015. A full Canadian tour, or almost full, should hopefully be in the card during April & May.

SW: Joni Mitchell, Luca Fogale, Daniel Lanois to name a few. By some coincidence most of the music I listen to is Canadian and my taste is exempt of any regionally restrictive parameters! If the past 50 years tells us anything, Canadians have made and will continue to make some of the most powerful music.

Here, at Canadian Beats we like to include a small portion of “random” questions that may help your fans learn something new about you, so here goes:

If you could write a song for any TV show, which you would choose?

What is the last album you bought?

SW: By My Side by Jon and Roy. It’s very beautiful.

With winter quickly approaching, what is your favourite outdoor winter activity?

SW: We don’t get much snow on Vancouver Island where I live and I haven’t skied for years, so I want to say skating because I’m hopeful we get some frozen ponds this year!

What about your favourite warm drink on a cool winter’s night?

SW: Apart from Mel Gibson’s speech from Braveheart, a very warm and heartfelt: thank you!