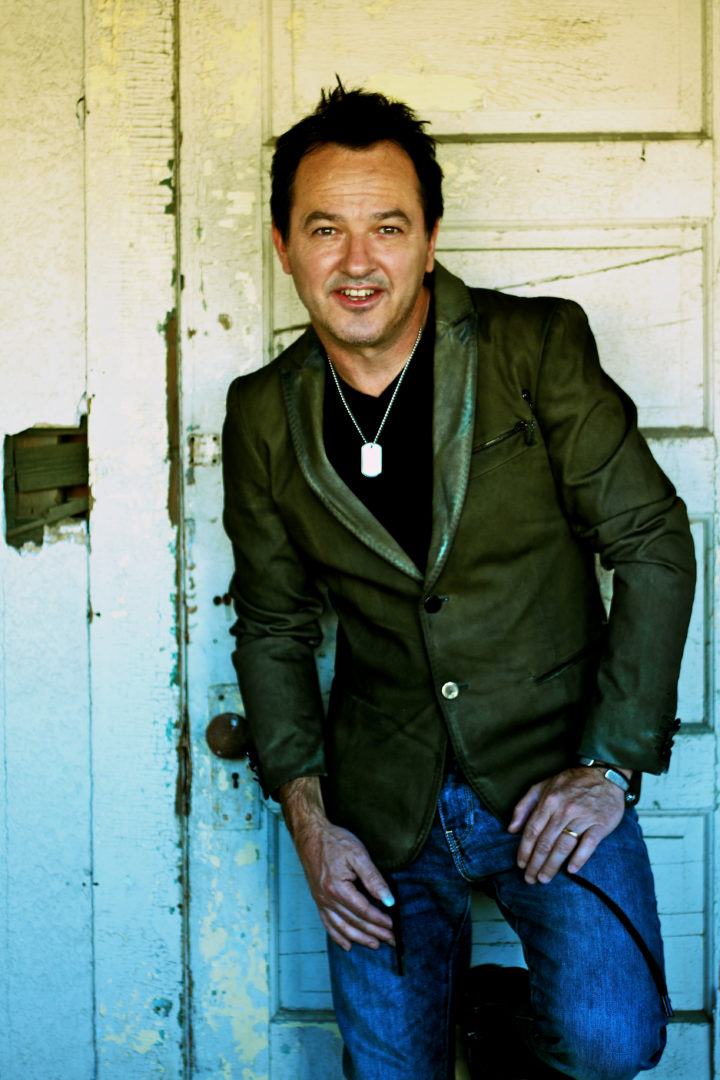 Jimmy Rankin is a name you are probably familiar with. Within his 25 years in the music industry he has been the guitarist and lead singer for the multi-platinum Celtic-pop band, The Rankin Family, as well as had a very successful solo career. Between the two he has amassed an impressive 5 Junos, 28 ECMAs, 9 SOCAN Top Radio Play Awards, 7 CCMAs, 2 Music NS Awards, and 2 Canadian Radio Music Awards.

Throughout October and part of November, Jimmy is touring Nova Scotia, Prince Edward Island, Manitoba, and Saskatchewan. To see if he is coming to a city near you, be sure to check out his social media below, as well as his album on iTunes.

You’ve been a part of the music industry for 25 years. In the beginning did you think it would end up this way?

Jimmy Rankin: I started performing when I was a kid – about eight years old. Playing music became a way of life and it was a great way to make some cash and have some fun. After high school and a gap year in Europe, I attended art college with the intention of becoming a visual artist. Just after I graduated from NASCAD, The Rankin Family decided to make a record which to our surprise, was a big success. The snow balled rolled into a full time career. Music became the priority and I never really looked back.

What made you decide to pursue your solo career?

JR: For a number of reasons, we decided to give The Rankin Family band a break and do our own projects. I had a bunch of songs that I had written that were not necessarily for The Rankins and really, I guess I just wanted to find my own voice. In 2000, I went to Italy to do some soul searching and ended up writing a good chunk of material that became “Song Dog”, my first solo album.

You’ve said that ‘Back Road Paradise’ is the most country you’ve ever been. What made you decide to take the album in this direction?

JR: I’m living in Nashville these days, and country music is just infused in the air here. Musically, I feel very at home with this genre.

How did the Maritime part of your tour go in Nova Scotia and Prince Edward Island? What can fans expect for the stops in Manitoba and Saskatchewan later this month?

JR: The shows in the Maritimes were great – most of them were sold out and the fans know the old and new songs. It was a real nice home coming for us. Now, we are having a great run here in Manitoba and Saskatchewan. We are playing to new audiences – and again, most of the venues are sold out which is always a nice way to have it. I’m playing a mix of old favourites, radio hits and a lot of the new songs from Back Road Paradise.

After winning an incredible amount of awards, is there still part of you that is nervous or anxious at award shows?

JR: These days I don’t really get too worked up about awards shows. Usually it’s more about having a good time hanging out with industry friends and meeting fans.

Are there any tips you’d give your fans if they decided to pursue music as a career?

JR: The music business gets harder and harder every year and it’s particularly tough for new artists. If you want to be a professional musician, think long and hard about what your goals are and what you are willing to endure to get there. If at the end of the day, you decide that music is something you cannot live without doing, then go for it but go into it with eyes wide open.

What can fans expect next?

JR: That’s a hard one because I’m really not sure. I’m planning to do some writing this winter so ask me about that come the spring…

At Canadian Beats we like to ask a few fun questions so your fans can get to know you better:

Where has been your favourite place to play a show?

JR: I’ve played all over the world and I’ve gotta say, it’s always nice to play on home turf. But more than geography, it’s about the venue – the places with the best acoustics are my faves.

Is there anywhere that you haven’t played a show yet that you would like to?

JR: I would love to play in Southern France or Italy – just because I love hanging out in those places. I could also get into playing in Japan.

Who are some of your favourite Canadian bands/artists?

JR: So many great ones – hard to pick just a few… of course the usually suspects – Neil, Joni, Gordon, Leonard…. The list goes on… But lately, Alvvays with only a touch of bias here… wink, wink…

What are three things that you must have with you on tour?

What is something fans may not know about you?

JR: I love long train rides and the Orient Express is on my bucket list.

JR: Thanks for being there to listen to my music… stay tuned… more to come…