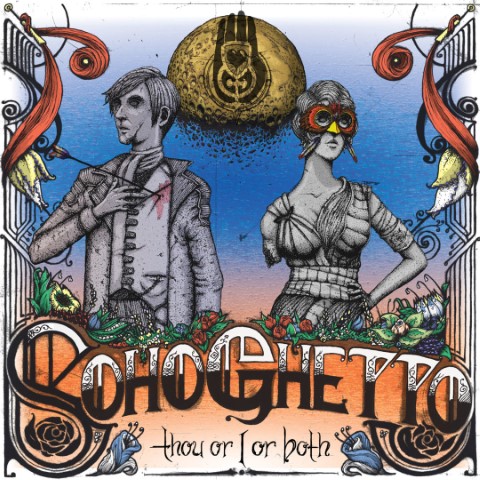 SoHo Ghetto are an indie pop band based out of Halifax, NS and they recently release their new album Thou or I or Both. The album was produced by award winning producer Daniel Ledwell and is packed full of great music. I actually caught a SoHo Ghetto show about a year ago and was very impressed, especially since it was the first time I had heard them.

The album starts off with a track called One At A Time which sounds like two different songs in one. You might wonder how that can work and I’ll admit I don’t quite know either but SoHo Ghetto manage to blend these two different sounds to create one great song that I could definitely hear on any popular music radio station. My other favourite tracks from the album would be Sisyphus and Man Down.

The band might be classified as indie pop but I don’t think you could stamp just one genre on this album. There’s definitely something on here for everyone. I even get a bit of a Great Big Sea feel in the last minute or so of Sidekick.