By Remington Fioraso on November 2, 2014@https://twitter.com/RemingtonFD 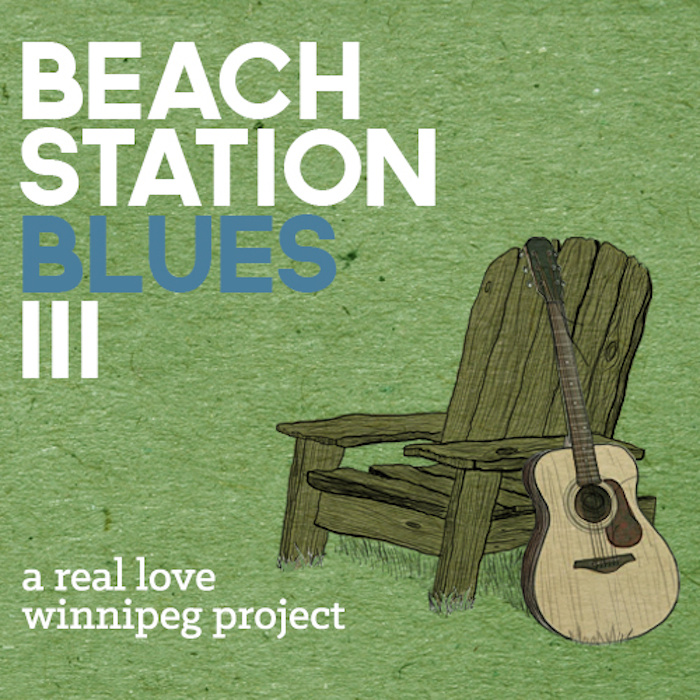 Real Love Winnipeg Records is a record label from Winnipeg, Manitoba. Each year, local musicians are invited to collaborate and record songs that lead their way to being released on Beach Station Blues compilation records. Recording in June, the third in the series Beach Station Blues III was released on October 24, 2014. The release contains fourteen songs by fourteen different artists. In addition, a bonus track follows the final track. It features the album’s first single, “Bachelor Suite,” by Somebody Language. Other artists featured on the album include: Animal Teeth, Bear Clones, Ingrid Gatin, and Palm Trees.

It is difficult to narrow down which of the tracks stand out the most. It is simply a great collection of songs that cover multiple genres. Each song on the track listing differ so there is variety. The tracks that have been played the most for me are: “Bachelor Suite” by Somebody Language, “Doesn’t Feel Like Home” by French Press, “I Should Have Died” by Naysa, and “We’re In This For Tears” by Eagle Lake Owls.

I highly enjoyed listening to Beach Station Blues III. It provides a good introduction to artists that you may not have heard of before. I would definitely pick up the album and check out the individual artists featured on the album!