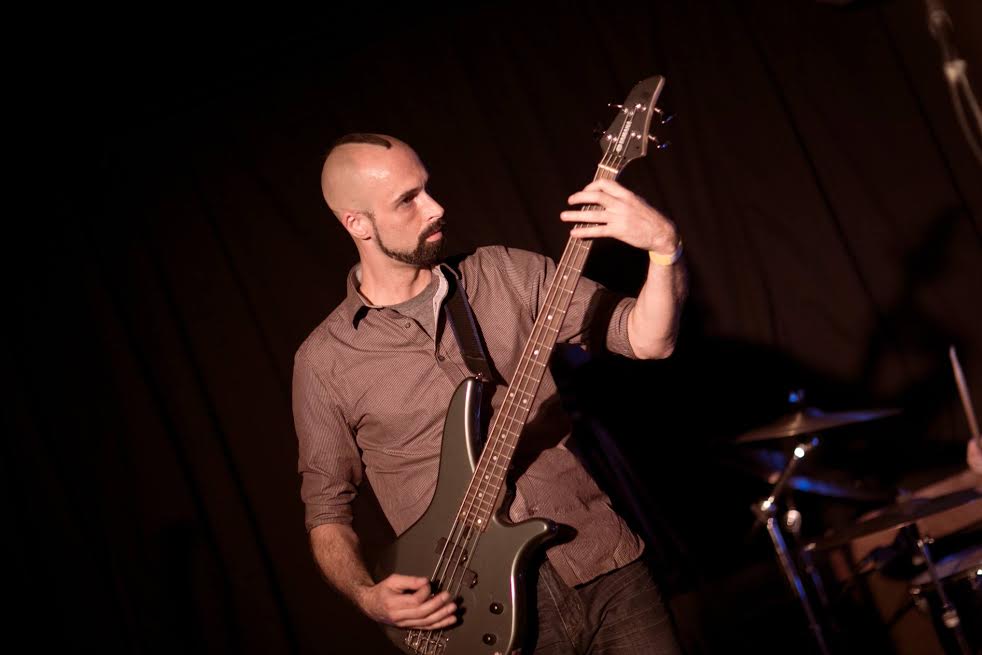 Ryan Redemption is a bassist from Thunder Bay, Ontario. During his time in the music industry he has evolved from classical music into punk rock, metal, reggae, and even top 40 styles. He has played with various bands and has a side solo bass project. Want to learn more about Ryan? Check out his social media below and read the rest of this interview.

First of all, what made you decide to pursue music as a career?

Its the passion that didnt die out as I grow older, in a world where its so easy to get lost, its hard to find what makes u feel like yourself. Music it’s just good for the soul,

What are some of your biggest inspirations when it comes to writing songs?

Anything and everything that happens in our lives from day to day.

How do you think your style of playing bass has changed over the 19 years you’ve been playing with different bands?

I started off playing a stand up bass with a classical strings group which gave me a wonderful place to start, from there i picked up my speed a little bit and start playing with a punk group named Last One Standing where i really learned to conquer a pick. From there i joined a reggae band who was the house band at a little bar called Warp 9 with them I got to get a great grasp on dynamics, In the next couple years i jumped the fence over to the metal world and played with a various groups like Noise Redemption, Richard(dick) Fister and Grindcorchestra in the metal world I really got a good grasp on playing Chromatically, at the same point in time I also played with a tech Punk band legoman haircut where i learned how to tap and discovered a tuning of my own E, A, D,f#, which lead to the creation of my youtube channel and the beginning of my solo playing. Currently I still play with Grindcorchestra, and a top forty acoustic act Matches of Kindle.

How would you describe your sound to someone who has never listened to your music? Is there a song you’d suggest they listen to first?

I would describe my sound as technical bass play its definitely not for everyone, more for bass players then most anyone else, if i was to suggest a song it would be something out of the bass and drum section on my YouTube channel I guess I’d go with.
First One Falling – https://www.youtube.com/watch?v=LYsPRrKsvGY&list=PLdNtl0qEDP7dlVg3Bv1sAgibcGUTlsb9y

How would you describe your solo album?

My solo album is compilation of 10 solo bass tracks, it was released through unir1 records for 8.99, I found the whole experience to be frustrating at best, my album price was not in my control and was greatly over priced in my opinion, not all labels want to help you, if you like my stuff just download it off YouTube, or email Legomanhaircut@hotmail.com and ill personally send out a dropbox link for it.

Is there any advice you’d give to your fans that want to pursue music as a career?

Do it for the love of the tunes not the money.

Well this Friday I have to play a Halloween show, but in the big scheme of things I plan to keep releasing bass videos as often as possible, If im asked again Ill be playing the Lodo bass showcase in Ottawa next summer unfortunately I didn’t make it last year due to a previous engagement And if fate smiles on me a couple bass clinics.

At Canadian Beats we like to throw in a few fun questions so your fans can get to know you a bit better:

Where has your favourite place to play a show been?

My Favorite place to play is a local bar here in Thunder bay, called the Black Pirate Pub not the best lighting, slightly shady atmosphere but they have a wonderful sound man named Sean Kelly who knows his setup quite well and will make anyone sound like a rock star.

Three places you haven’t played a show yet but would like to.

Any odd or hidden talents?

What do you think is the most played song on your iPod?

Three of us by Streetlight manifesto, at least for the last few months

Just a simple Thank you and you’re awesome!