By Remington Fioraso on October 30, 2014@https://twitter.com/RemingtonFD 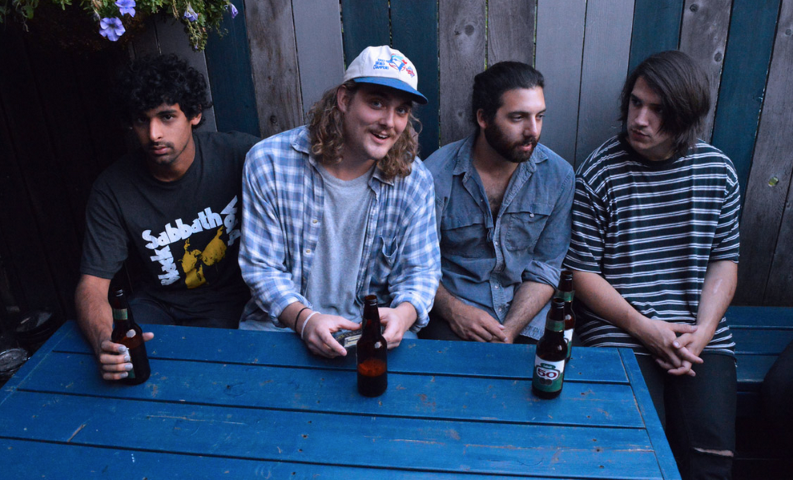 Originally based in Hamilton, Pet Sun is a rock band based in Toronto. The band consists of Parth Jain, Stephane Senecal-Tremblay, Sam Rashid, and Nic Arbour. The band released their debut EP, Feel Like I’m Going Away, on October 7, 2014.

We like to think of it as happiness on a leash. I’ve also always liked the line from Something In The Way “And the animals I’ve trapped have all become my pets”.

We’re pretty much directly influenced by whoever we listen to. The Vines. Nirvana. Sabbath. Weather also influences me.

How did you originally meet?

The EP was recorded mostly in Parth’s basement in Hamilton. Lutes and Brides were recorded at Dream House Studios in Toronto. Initially we weren’t sure if the basement recordings would be more than just demos but after some production work they turned out well so we kept them.

Been sweet so far!!! We released two videos which lots of people have been sharing. Meeting new people at shows too. Nice to see more people coming out!

What influenced you to make the EP available on cassette in addition to digital format?

The opportunity to be involved with Burger Records Cassette Store Day was presented to us so we jumped on it. Tapes are inexpensive to produce and we can sell them for cheap at shows so it gets the music out there. We also wanted the EP to be our first physical release so tape seemed like a good place to start.

How was the filming experience for “Gimme Your Soul?”

It was more like randomly getting a camera shoved in your face haha. Our manager came to party with us in Hamilton for a show. The camera was pretty much always rolling so we tried to ignore it… not always easy though. So we ended up spitting all over ourselves cause we’re camera shy i guess.

Metz. And our homeboy Alex Gorodskoy.

What is your favourite drink?

The first album i actually remember going out and purchasing was The Vines Highly Evolved. My mom took me to the store to find it. I’m sure there were several shitty forgettable purchases before this though….

If you’re out there…. if anybody is out there… please show sign of life. haha. Also lots of new music coming very early in the new year.