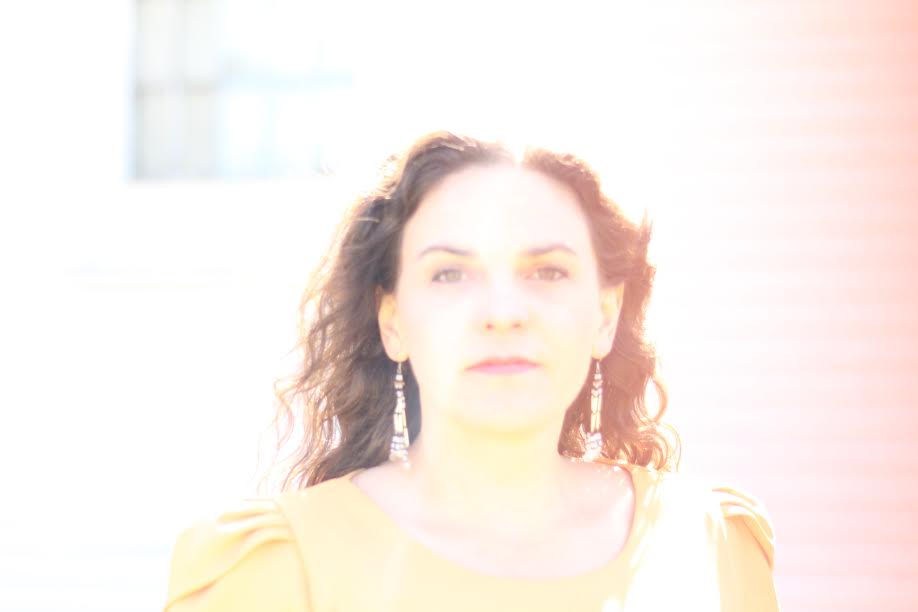 Mary Caroline has recorded her debut studio album in Hamilton, that is expected to be released in January 2015, and her first single, “Such A Liar”, has already been released. The album was produced by Dan Hosh at Catherine North Studio. Want to learn more about Mary Caroline? Be sure to check out her social media sites below.

How would you describe your music to someone who’s never heard you before? What song would you suggest they listen to first?

Mary Caroline:  My music is rooted in acoustic folk music that is then worked through with a full band to give it more of a pop/folk vibe.  I love writing thoughtful, vocal driven pieces, but I also try to balance it out with fun, more up-beat songs.  I would love people to check out the lead single from my upcoming album, Such a Liar.

What is your writing process like? (E.g. lyrics first, melody first, etc.)

MC:  I very often write poetry first.  I then put it to music and work out the chorus and the bridge once I have a general idea of the melody, key and what vibe I want the song to have.  Occasionally I have co-written songs by improving lyrics and melody over guitar riffs and seeing where it goes from there.

What are some of your inspirations for song writing?

MC:  I spend a lot of time at a remote cabin in the Northwest Territories.  It is a small trapper’s cabin that is completely off-grid.  My neighbour is a 75 year old widow who has a wealth of knowledge about living sustainably.  I also have frequent exposure to First Nations people who live in balance with the land.  It is peaceful and the landscape is breath-taking, and I take an incredible amount of inspiration from my time at my cabin.

What made you decide to go all the way to Hamilton, ON to record your album? What can you tell us about the new album?

MC: Last winter a friend hosted me for a house concert and I he pointed out how vibrant the music scene was in Hamilton and that it was more affordable to live there then in Toronto.  I recorded a demo track at Pine Street Studio in Hamilton at the same time, and with that track was able to get FACTOR funding.  I met Dan and Scott at Catherine North this spring, and I loved the vibe of the studio and some of the past work that had been done at Catherine North, so it seemed like a great fit for my first studio album.   The album will be out in January 2015.  It is called “Life on Earth” and has 8 tracks.

What made you decide to pursue music as a career? What do you think you would be doing if it wasn’t in music?

MC: I’ve always loved writing and singing.  While living in Yellowknife over the past 9 years I have put out 2 independent recording projects.  In 2012 I showcased at Breakout West.  Prior to that I had very little exposure to the music scene outside of the north, and it was a big eye opener for me on how to approach being an independent artist.  Based on this experience I decided to leave my full time job in 2013 and started touring in Southern Canada.  At this point in my life I feel like if I wasn’t doing music I would work hard to homestead at my cabin and have northern organic farm.  Unfortunately I travel so much with music that this isn’t really possible, but I do help out my neighbour on her homestead as often as I can.

Who are some of your greatest influences in music?

MC: I love edgy female front-people like Florence Welch or MIA, and I also love Canadian acoustic folk music, and I think my music comes out somewhere in the middle.

MC: For the rest of 2014 I will be working with a film crew in Yellowknife to make some extra money so that I can tour my new album in 2015 with a full band. I will be booking tour dates soon.

MC: I’ve never been to Newfoundland, so I would like to check that out.  I would love to do a bicyle trip the wineries of France. I would also like to check out the dessert in Arizona some time.

You’re in charge of a weekend long music festival. Who’s on the lineup?

MC: I saw Five Alarm Funk play at Breakout West in 2012 and they are such a fun band!  I would get them to headline.  I would also get some bad-ass ladies on the bill, like Inuit Throat-singer, Tanya Tagaq, Megan Nash from Saskatchewan and Jasmine Natsina, who used to live in Yellowknife, but is in BC now.  I got to open for Fish and Bird a couple weeks ago in Saskatchewan.  They’re great.  I would put them on the bill as well.

If you could make an album with any band/artist in the world, who would it be?

MC: Jack White.  I love the Loretta Lynn album, Van I got to see a show at his recording studio in Nashville this summer and I was so inspired.  I think it was one of the more pivotal moment for me over the past year.

MC: I played Triple A hockey when I was a teenager.  I also drove a combine this summer in Saskatchewan.

MC:  I’ve been hitting the new Arkell’s High Noon album pretty hard since it came out.

MC: This past year, traveling around Canada, playing shows and recording, has been an amazing experience.  I just want to thank all the people who have been coming out and supporting me.  It means the world to me and I’m having a ton of fun, so thank you!