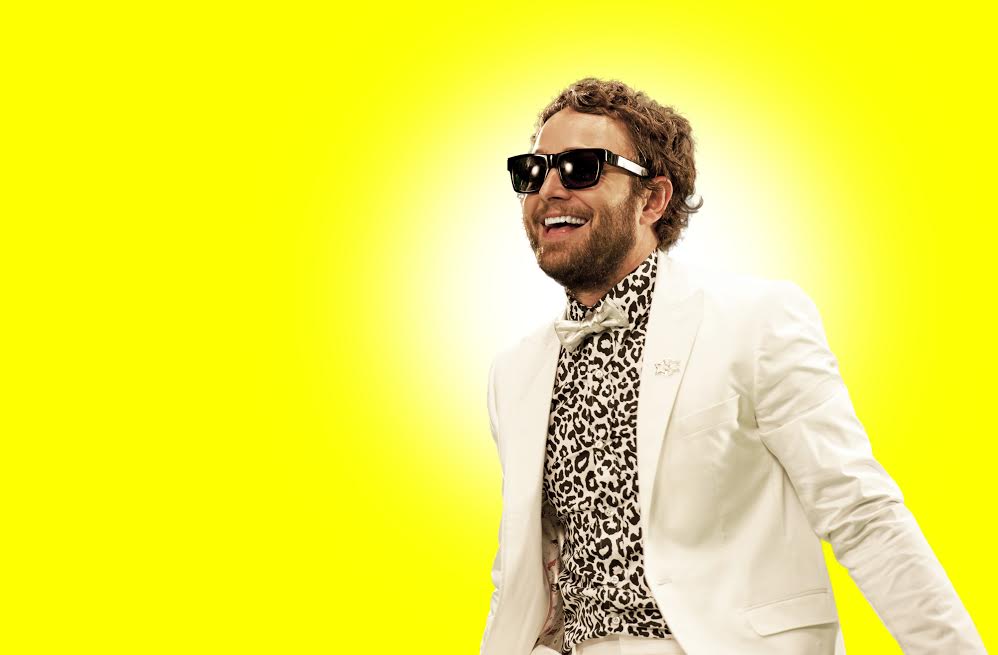 A*STAR is the Anglo alter ego of Juno Award winning singer-songwriter, Antoine Gratton and A*STAR is my name is his debut English concept album. The album dropped digitally on September 23rd and hit store shelves on September 30th. Here’s what he had to say about the album.

Starting off, how would you describe your band/music to someone who had never heard you before?

I think it’s music for music lovers. Good ol’ pop songs with a smile. Not devoid of meaning. The songs have important things to say for the most part and I think there’s a lot of humour and pure love of music-making involved.

The writing and recording process is different for every artist. What was your process with A*STAR Is My Name?

It started out as an exercise. Trying to write what I’d like to hear on the radio. I cowrote the songs with a great songwriter named Lone LeBone and the idea was to play the best musical ping pong possible. Just bouncing ideas back and forth continuously. As for the recording, we rented a house and recorded it old school, the way groups like The Band would do it. I made my own pop-filter out of a coat hanger and pantyhose!

The first single, Dodging Teardrops, has gotten radio airplay in places such as Germany, England, Australia and more. Did you have any idea it would do as well as it did?

No! I’m a very bad judge of what works and what doesn’t. Hence giving myself an exercise in pop songwriting.

Were there any other songs that you thought you could release as a first single? Do you think they would of gotten a similar reaction?

I think Brother to me could have done as well. Maybe it will.

The album also includes a bonus disc of acoustic tracks. What made you decide to include a second disc like this?

I do a lot of orchestration work for other artists. It’s a side of my music that speaks clearly from my heart. I love writing for strings and I thought to have acoustic/string versions of these songs would be a great way to bring out their pure nature.

You have also produced albums for other artists like Brigitte Boisjoli, Amylie and Chloé Lacasse. What differences are there in making your own albums and producing others? Does your recording process for your own albums affect the albums you produce for others?

For me, producing other artists and working on my own music are complementary activities. I couldn’t do one without the other. They give each other perspective. It’s the same thing with live playing. I could never lead a band if I didn’t know what it was like to be led and vice versa.

Oh man. That’s a tough one. I work with a lot of artists in many different musical styles so my tastes in music are limitless.