By Remington Fioraso on October 20, 2014@https://twitter.com/RemingtonFD 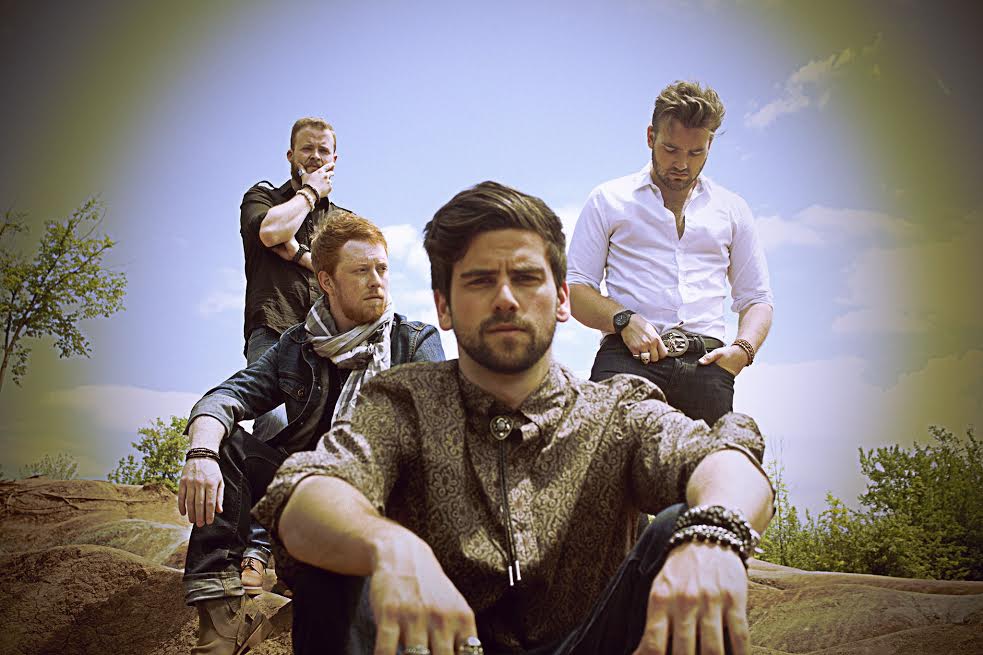 The Luke Austin Band is an alternative-rock band from Toronto, Ontario. The band is composed of Luke Austin on vocals/guitar, Kennedy Pollard on lead guitar, and Bryan Swartz on bass. Their debut single “Long Road Home” was released in July 2014. The Luke Austin Band will be heading to Nashville in November to finish their debut EP.

My influence comes from everyday life…but more the REAL things in life… Relationships won and lost, getting by one day at a time while trying to figure out your next move. Rock n’ roll has always been a big part of my life, not because of the music… but more because of the attitude and the state of mind… since day one I’ve been drawn to it because it was rebellion… and nothing has changed it’s just taken different form. it’s this state of mind that manifests itself into my music.

Musically a couple that bands that inspire me are Bruce Springteen, Kings of Leon, the killers and Gaslight anthem.

It all started when I changed schools in grade 7. My family moved into Toronto from the suburbs and I became best friends with Kennedy’s brother Christian. We got along so well because we both had a passion for music and hockey. He Played the drums and I played the drums…. So we started a band. I agreed to play the bass and sing, Christian played the Drums and kennedy Played the guitar. And we sucked for so long… until eventually we became pretty good.

Thats something young musicians don’t understand these days, with the rise of shows like
American Idol and the voice there’s no room for the young talent to develop without getting their confidence destroyed.

Kennedy and I knew Bryan from around the indie scene and always admired his bass playing, so when we heard he was looking we asked him to join.

Last month, you signed your first publishing deal south of the border with “Long Road Home”. How did it feel for you?

It was cool. The US is the ultimate proving ground for music and just to have one foot in the door feels like a great accomplishment for a young band like ourselves. We appreciate Music Playground for giving us a shot!

What can you tell fans about the writing process for the upcoming EP so far?

This is kind of a difficult question to answer because it really is a massive blur. Once the EP
comes out I will probably go more into detail about the songs individually and what they mean to me and where they came from but I’ll talk about it as a whole for the time being.
Although at first we didn’t know exactly what we wanted it to sound like, we knew that we wanted a couple things indefinitely.

Number 1 was that our priority was making a rock record. That kind of rock that encapsulates raw emotion with rebellion and heartfelt melodies. A record that when listened to it cuts straight to the core. No BS.

Number 2 was in this age that we are living in there is too much emphasis on perfection. An age where it’s scarce to hear real instruments recorded with real microphones. An age where autotune is on almost everything you hear whether used tastefully or excessively. This record will not have any samples and/or autotune. EVERYTHING you heard on this record will be recorded with the real amps, guitars, drums and microphones.

Number 3 was I myself as a person and a lyricist have always had an issue with letting people in. I come from a long line of emotionally encapsulated males and I am not different. Let’s call this record my unveiling. I wanted to address my insecurities, and I want people to know who I am. The First Single ‘Long Road Home’ was the first song written for this project. I did an acoustic tour with Kennedy across Canada last February from Ontario to BC and back. And while we were out on the road we missed everyone back home for one reason or another. We missed our beds… home cooking and friends.

You are going to be heading to Nashville next month to work on your debut EP. Aside from working on your EP, what are you looking forward to doing/going the most in Nashville?

I have been back and forth for the better part of the last year but here it is.
#1 sing karaoke Santa’s .
#2 Prince’s chicken. Our Fried chicken back home just isn’t the same.
#3 Go by RCA studio B. It’s cool to stand outside the building where so much great history was recorded.
#4 go back to our favourite restaurant/bar Tavern for a burger

In traditional Canadian Beats fashion, here are some fun questions to help fans get to know you a bit more:

How I met your Mother, RomComs, and sad sappy love songs

What is your favourite candy?

Sam Roberts, Feist, Black mountain, Monster truck , The Sheepdogs (Who we played with up in Kitchissipi)

Turn Blue by The Black Keys and it’s awesome

It takes a truly balanced and individual person to get behind indie music and all it stands for. To all our fans we owe you everything we’ve achieved so far, and everything we will achieve in the future.
Keep coming out to shows, keep supporting your favourite indie bands because you never how much it means to us. We salute you