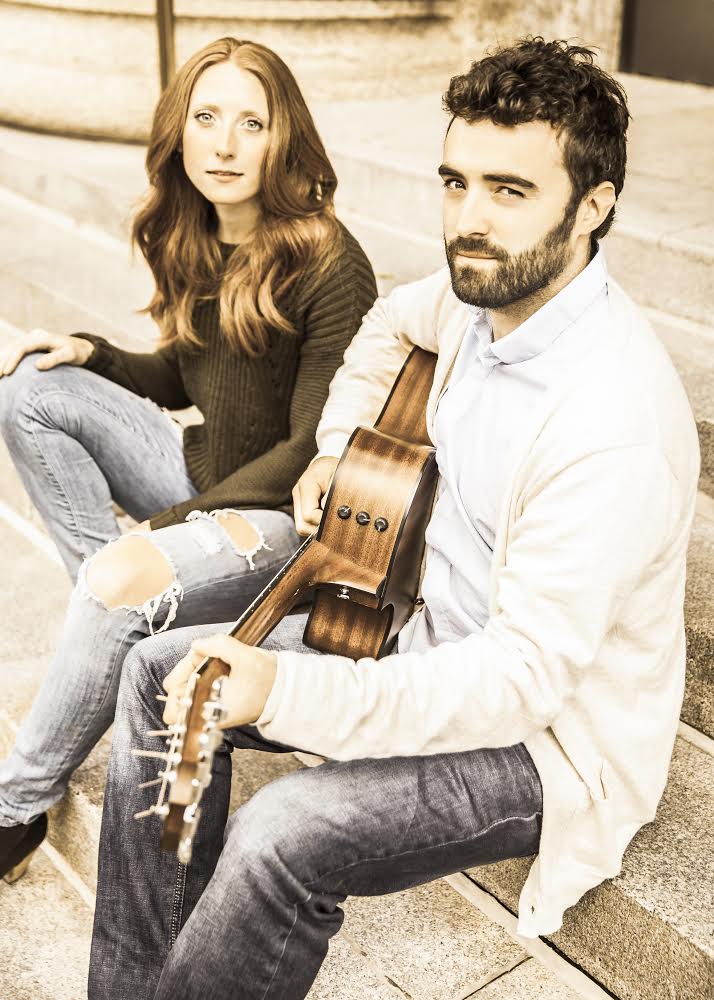 Georgia Sound are a folk/indie duo from Calgary, Alberta. Ryan Roy and Shannon Magee make up the duo, Georgia Sound. Shannon and Ryan met at an open mic night in 2011 and have been working together ever since. Soon after meeting they released their debut EP ‘One Way Path’. Over the past year or so they have been working on a new album. They just released their newest single ‘Love Can Change’. You can check out the song here: https://muzooka.com/georgiasound/2205 Continue reading to find out more about Georgia Sound.

GS: (Ryan) I’ve been a fan of Tegan and Sara since the early days. It’s been neat to watch them evolve as song writers. I also love “Wake Owl’s” sound.

GS: (Ryan) Well if we could open up for any Canadian band, we’d have to stick with Tegan and Sara. We picked up their album “Heartthrob” while playing some shows in the greater Toronto area and couldn’t stop playing it. They are such good writers.

GS: (Shannon) I’ve known since I was 4 that I was going to do music. It was the biggest part of my life since I started school. Both my parents were musicians and encouraged me all my life. I finished my bachelors degree in music and now teach piano and voice.

(Ryan) Music runs in my family, but I didn’t know until I was 14 that I wanted it to be a significant part of my life. I was at my uncle’s place and he had just picked up a new Fender Strat. I’d never played before and he taught my the intro to “Thunderstruck” by AC/DC. The feeling of learning to play something on guitar was a feeling I’d never felt before and I was hooked from then.

You met each other at an open mic night, did you expect that you two would work together right after meeting?

GS: (Ryan) I actually approached Shannon with the intent of collaborating. I was looking to put a group together and knew I wanted a piano player. She was by far the most talented pianist that I’d seen playing at that venue. Luckily the basement recordings I had online were enough to convince her that it’d be worth getting together to work on some tunes.

You guys recently released the single, how has the response to it been so far?

GS: (Shannon) So far it’s been great! We recently made it available on music sites other than Muzooka, which is where we initially released it. You can now download it at BandCamp. A publishing company rep found us through bandcamp and contacted us after listening to the single “Love Can Change”. We actually just signed on so hopefully the track will get us some placement deals. We also did whats called a “crowd review” where random music listeners review your music. The feedback was overwhelmingly good. It’s definitely encouraging when people who have never heard your music before become fans from just one song.

You guys have been working on your first full length album, how is the process of making an album different from the EP?

GS: (Ryan) With the EP we had a tiny budget. It was just Shannon and I with a friend who played violin. We were also still learning how to write music as a duo, so there’s a big difference in style from album to album. For the full length, we’re in a professional studio with hired session players and an amazing producer. We’re recording at Studio D with Steve Dierkens. He’s essentially become the third member of the band. He’s helped shape our sound and refine our songs, as well as helped us step out of our writing habits. Having input makes a huge difference when recording an album, especially when it’s from someone you respect and trust.

What are you most excited for about the release of your first full length album?

GS: (Shannon) Going on tour! We want to hit the road and reach new people. We also want to re-enagage fans that we’ve already made. We’re really proud of the new album and the new sound that has taken us almost 3 years to achieve.

(Ryan) We’re also going to be shooting our first official music video for the single. We’re going to Victoria BC to work with a bunch of friends that are in the video industry.

These next questions will help your fans get to know you better, what song is your favorite to play live?

GS: (Shannon) I really like playing “End of an Era” and “If all we had was Love”. They’re both on the new album, so you’ll have to come to one of our shows to hear them before the album comes out.

(Ryan) I definitely agree with Shannon on “If all we had was Love”. “You will Always” is another one I love to play. It has a build in the bridge that is like nothing we’ve ever done before. I think it’s going to stand out on the album.

GS: (Ryan) I was a bit of a video gamer growing up and recently got my hands on Mario Party for N64. I challenge anyone to a duel.

(Shannon) I’m an avid runner. I compete in a few races and marathons every year. I also make the best banana bread, ask Ryan.

GS: (Ryan) Sorry for the wait! But we’re really confident that it will be worth it. This album is what we’ve been working towards since we met 3 years ago, we feel like we truly found our sound.

(Shannon) And thank you for all the support and encouragement that got us where we are.