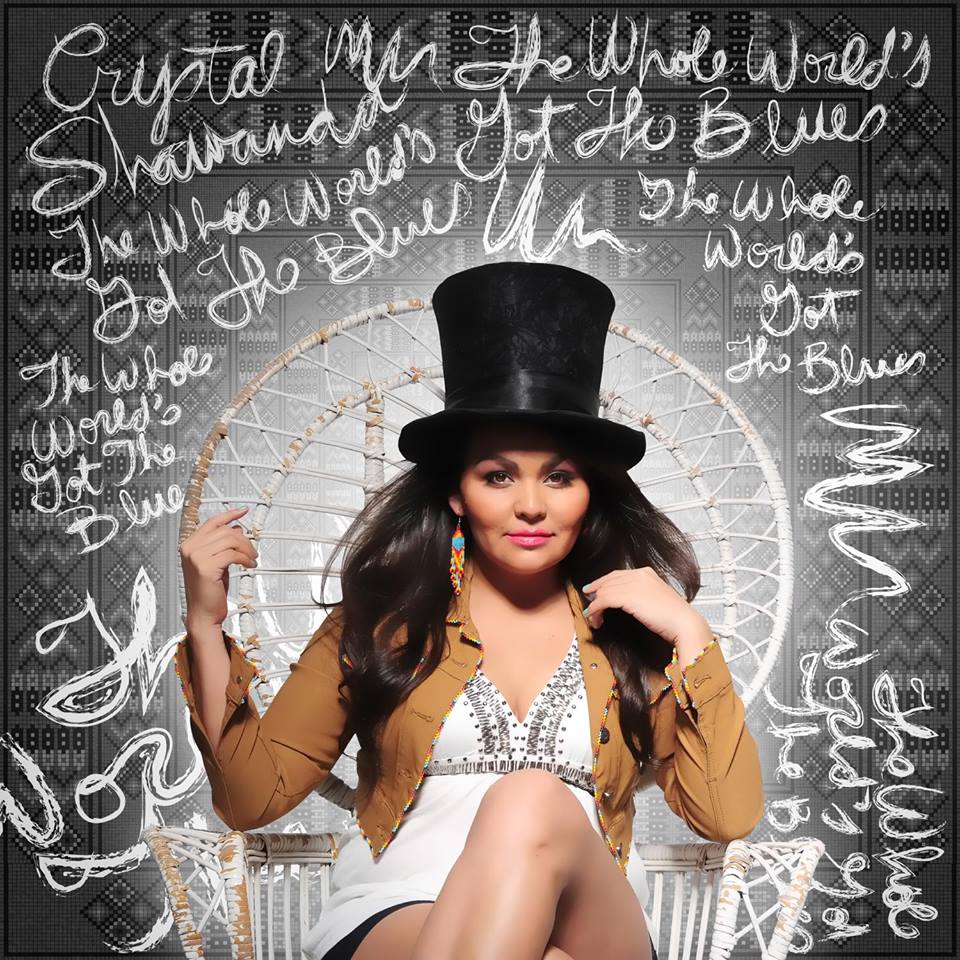 Award winning country singer songwriter Crystal Shawanda has released her newest studio album, ‘The Whole World’s Got the Blues’. Shawanda has been writing and recording music since she was merely 13 years old. Since then she has released several records both independently and through recording labels, including her first single “You Can Let Go”. She has also toured with country giants Dierks Bentley, Brad Paisley, and Reba McEntire. She also has a few tour stops from mid-October through to early November in support of the album.

Her newest album definitely does not disappoint. The 10 song release demands the listener’s attention from start to finish. The harder country/blues sound sets her apart from other female country artists. If you wanted to get a feel for the entire album, “I’m Not Your Baby”, “I’ll Always Love You”, “Fall From Grace”, and “Pray Sister Pray” would be some songs you should check out. The rest of the album is a mix of more typical sounding country sounds and ones that have more of a blues/rock sound to them.

Over all, this album is fantastic. There are few country albums that I absolutely love, but this one definitely made the list. Her fans are sure to love it, and those who aren’t fans yet will be after they listen to ‘The Whole World’s Got the Blues’. Do yourself a favour and check out this album, you will not regret it.