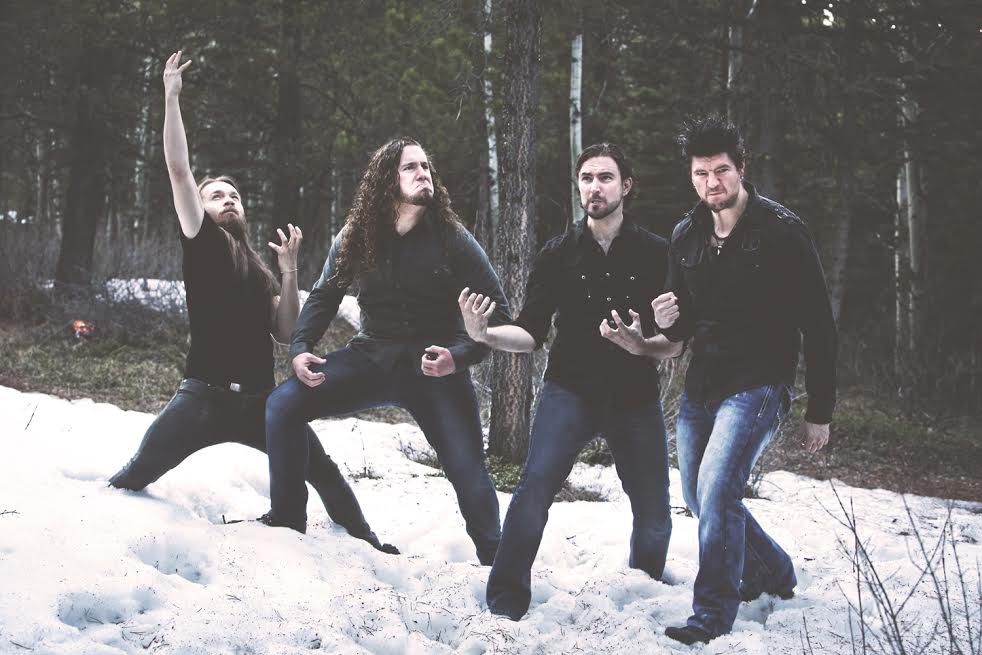 How would you describe your band to someone who had never heard you before?

It’s a thought-out mix of all our influences from early 80s metal all the way to melodic death, folk and power metal. We love the diversity so we try our best to make music that has our favorite elements. The result is a progressive tendency in the structure with elements of power and folk predominantly.

Your new album Cynosure will be released on October 7th. What was the writing and recording process like for this album in comparison to your previous releases?

It was planned out more and the structure and components were much more intentional on Cynosure. Our first album ‘The Peregrine Way’ was more the result of us jamming together and plugging our favorite riffs we had together. On Cynosure we set out to push ourselves harder to make better progressions, execute our skills better and meaningful lyrics. We wanted to be high energy and fun and sophisticated all at the same time.

While making the album you also filmed a mini documentary. Why did you decide to film your recording time?

That came from most of us in the band being fans of watching other band behind the scenes. As a fan we love seeing how bands work, create and execute so it was fun to record ourselves doing that and showing what goes into an album. Also it was taking so long to finish the album we needed something to let fans know we still existed and are working hard to make something awesome!

The first single, Ageless Stranger, premiered on Metal-Rules.com. What has the reaction been to the song so far? Should fans expect similar on the rest of the album?

It was phenomenally fantastic response and we know people now love the rest of the album that its been released. All the feedback has been really positive and I think we are gaining traction with new fans that haven’t heard us before.

Was Ageless Stranger always the first choice for the lead single or were any other songs on the album an option?

It wasn’t really determined early that Ageless would be our first release. Once we got our heads out of recording mode we started thinking about what would get peoples attention as our first song they heard on the album. It made sense once we heard the final product and the energy it had to prepare people for the rest of the album.

We’d love to cover more of Canada and the US. Nothing concrete yet but its always on the radar. It’s a tough business around our day to day lives but if the trip is worth it we’ll do it. We are aiming for festivals that could suite us, like Prog Power and 70k cruise. Those would be fun if the promoters like us.

I guess its always fun to imagine having some of our favorites on an album. The easiest and most obvious guest parts would be vocals and guitar. Maybe having Tommy Karevik from Seventh Wonder belt out some verses, Kiko from Angra do some solos. I think it would be neat to have a collaboration with a good songwriter like Mikael from Opeth or Devin Townsend. That would be awesome to hear the resulting song from those guys!

Big fans of our friends in our local circle like Divinity, Lords of the Mountain, Every Hour Kills, Exit Strategy. Also so greats like Martyr, Augury and I could never forget Devin.