By Remington Fioraso on October 10, 2014@https://twitter.com/RemingtonFD 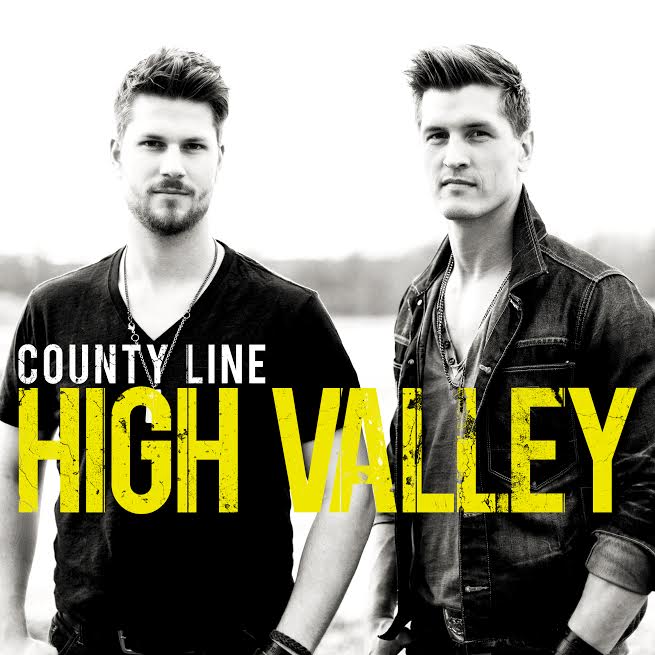 Hailing from La Crete, Alberta, brothers Curtis and Brad Rempel form country group High Valley. The duo will be releasing their third studio album “County Line” on October 14, 2014. In addition, you can catch High Valley on their cross-Canada tour in support of the album starting on October 31, 2014. I had the opportunity to complete an email interview with Brad, so keep on reading to find out more about them!

Who are your influences when writing songs?

For the County Line record I listened to current country radio and a ton of top 40 and pop
radio. I love pairing country and bluegrass lyrics and instruments with Pop grooves and
melodies.

When did you decide to begin working on music together?

Our family is musical and rumor has it that i used to use a footstool in our living room as a
stage. I recorded my first song as a 4 year old. It’s on a cassette somewhere in our parents house. It’s called “Self Control.” Pretty funny

What does the typical High Valley writing session look like?

It starts with me hanging in a small room with a couple buddies working on beats,
melodies and lyrics. After 3 hours we leave and go get Mexican food. If I don’t fall asleep
after that, we finish the song!

‘County Line’ is your third album. How does it compare to your previous releases?

Do you have any memories that stood out the most during recording the album?

Our hero and role model Ricky Skaggs spent a day with us in the studio and he sang on “Make You Mine.” Easily a highlight!

What has been the reception so far from the fans?

Fans are loving County Line. It’s selling more than any song we’ve ever had. Many of our
fans are in our FanClub and actually helped us decide which songs to record, so they’ve known these songs for a long time and heard them in the early demo stages.

What surprises do you have in store for your upcoming Canadian tour?

We’ve added new players to the band to give it more of a rootsy bluegrassy feel. We’ve
also got some sweet bluegrass versions of top 40 songs that should be pretty cool!

Are there any songs that you are most excited about playing from ‘County Line?’ Why?

We like playing “County Line” because it’s the biggest hit and it gives us a ton of energy.

In typical Canadian Beats fashion, here are some ‘fun’ questions to help fans to get to know the Rempel brothers a bit more.

What are your favourite things to do in the La Crete area?

Visit family. I only get up there once a year and there’s a lot of catching up to do. Never
go to La Crete without eating at “The Pizza Place” and having chocolate cream pie at
“Country Grill.”

What is one thing that fans may not know about you?

I used to be a car salesman for Chrysler/Dodge/Jeep for 6 years.

Is there anything else you would like to say to Canadian Beats readers?

Come see a show. We’re playing EVERYWHERE in the next few weeks