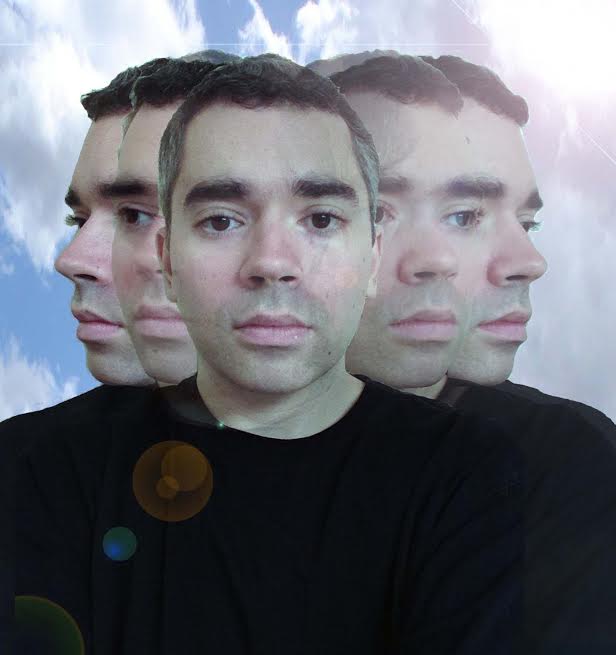 Dan Potter Sings is a one piece alternative rock band from Vancouver. Following his self-titled release in 2013, he released his second album, ‘Barbarian’, on April 22nd. If you like bands like the Smashing Pumpkins and My Bloody Valentine, he is definitely an act to check out. If you want to know more about Dan Potter check out his social media links at the end of this interview.

How did you come up with the name ‘Barbarian’ for your album?

It’s representative of my mindset, creatively. Barbarians are the types of characters who don’t answer to authority and just travel around on their own free will. They are like super individual about everything. Artistically, this is how I approach making music. I feel it’s important to do exactly what my heart desires because there is way more positive energy being emitted that way. My story and vision is all I can truthfully contribute. And if you don’t like that then I will slay you!

How would you describe your music to someone who doesn’t know you? What song would you suggest they listen to first?

So far I’ve been playing with this loud and intense Rock sound. And I like the fact that my songs display a tendency to play hard to get via all the multiple layers that go on. I like mystery and abstraction over straight and to the point. I would say my recent song “Ordinary Life” is the best example to date of this in how it illustrates my favourite combinations of electronically fucked Post-Rock with delicate Pop sensibilities and emotive down cast lyrics.

Do you find your sound changed from your self-titled album in 2013 and ‘Barbarian’?

No. I’m actually quite happy where I’ve landed the last couple of years, so people can expect that guitar heavy art-damaged Rock style which I have allowed to become my specialty for a while longer. That being said, “Barbarian” is a little bit more Pop centred, it’s a little more melodic especially vocally there are more harmonies on this one.

What is your writing process like? (E.g. melody first, lyrics first, etc.)

I’m always thinking just abstractly about what types if songs I want to write next. The kind of song structure, how the melody might interact with the background music, just a general schematic of possibilities. I make little mental notes usually writing them down somewhere. But it all kicks into gear via the first guitar riff I come up with. I get a bunch of guitar riff changes going on and then I start to sing over them to see what works best. The music always comes first; I’m more into sounds than words.

What made you decide to go into music?

I started by listening to music and as that grew I wanted to learn more about what was going on. I played the piano at first, creating really strange sounds with a mini keyboard when I was quite young. It wasn’t until I was in double digits that I discovered guitar music. The unruly sound struck me the most as the feedback and wailing string bends sounded so exotic and otherworldly. Once I started playing guitar I subsequently discovered that I could express myself in a really meaningful way, I subsequently became hooked. Music quickly became the key to my identity as a human.

Who are some of your biggest music inspirations?

As for major musical inspirations, Jimi Hendrix is certainly up there as is the Jazz guitarist Lenny Breau. Also in my teen years I loved looking at old photographs of the early eighties Punk and Hardcore scenes as well as Charles Peterson’s black and white shots of the bands that came from the Seattle scene in the early to mid nineties. Both of these points in music history were hugely influential to me growing up and still are today. As for musicians that are around now who inspire me, I would say Devin Townsend or Omar Rodriguez-Lopez are great examples of unique and compelling artists that make cool music.

Right now I’m in the midst of writing and recording a new release for my experimental Post-Metal instrumental project called Now Is In Effect. I hope to have that finished up and out in 2015. As for Dan Potter Sings, I’m thinking of recording a handful of songs that are laying around and putting them out as an EP.

You are in charge of a weekend long music festival. Who is on your lineup?

I like a broad mix of stuff so I would go with: Bosnian Rainbows, Flying Lotus, Dillinger Escape Plan, St. Vincent, And So I Watch You From Afar, Shining, Khanate, Dinosaur Jr and My Bloody Valentine.

If you were able to collaborate with any artist/band, who would it be?

I love Steve Albini and the records he has helped record. It would be an honour and a dream come true if he were manning the recording console for one of my projects.

You’re stranded on a desert island. What three things do you want with you?

Simple. A guitar, a plectrum and the Blues!

It’s probably “Hear My Train Coming” by Hendrix off the Live from Berkley album. That’s always great to listen to. I’ve always preferred Jimi’s playing when he is on stage; it gets pretty wild!

Marie Pierre Arthur from Quebec, there’s something about the French language put to Indie Rock that makes it sound invigorating. Good unique songs also, that’s always important. BADBADNOTGOOD put out some surprisingly deep jams recently too. I also like listening to the alien sounds of Grimes and the amazing Baritone Sax playing of Colin Stetson. And of course last but not least, Canada has some of the greatest Metal bands in the world like Beneath The Massacre and Gorguts to name just a few.

Be yourself and do something different from what everyone else is doing. Find those greener pastures and avoid the stifling herd.