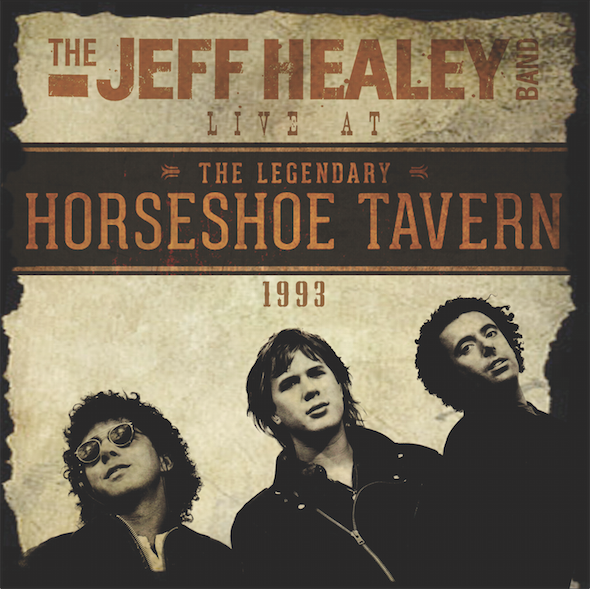 If you consider yourself a Canadian music fan, I’m sure you know some songs by this Canadian Rock/ Jazz group. The Jeff Healey Band played at The Legendary Horseshoe Tavern in 1993 and now Eagle Rock Entertainment and Conveyor Canada have released the recording for fans of this amazing band.

For those of you who don’t know who The Jeff Healey Band is, here is a brief history. Healey lost his sight to retinoblastoma at the young age of one. His eyes had to be surgically removed and he was given ocular prostheses. He began playing guitar at a young age and over the years formed a few bands, one of which being “The Jeff Healey Band” which was himself, Joe Rockman (Bass) and Tom Stephen (Drums). The band was signed to Arista Records in 1988 and released their debut album, “See The Light” which featured their hit single, “Angel Eyes”. In later years they released 4 more albums, as well as some solo albums and live albums before Healey’s death in 2008.

Now, with the release of their performance at the Horseshoe Tavern, it will give us all the chance to re-live the music and fall in love with the unique rock & jazz sound all over again. The album features 12 songs, including “The House That Love Built”, “I Think I Love You Too Much”, and my favourite, “Angel Eyes”.

If you’re a fan of even one of the Jeff Healey Band songs, I recommend you head over to iTunes and purchase this album to hear these live versions, which are amazing, you almost feel like you are going back in time to 1993, and sitting there watching the band do these songs live.