By Remington Fioraso on October 7, 2014@https://twitter.com/RemingtonFD 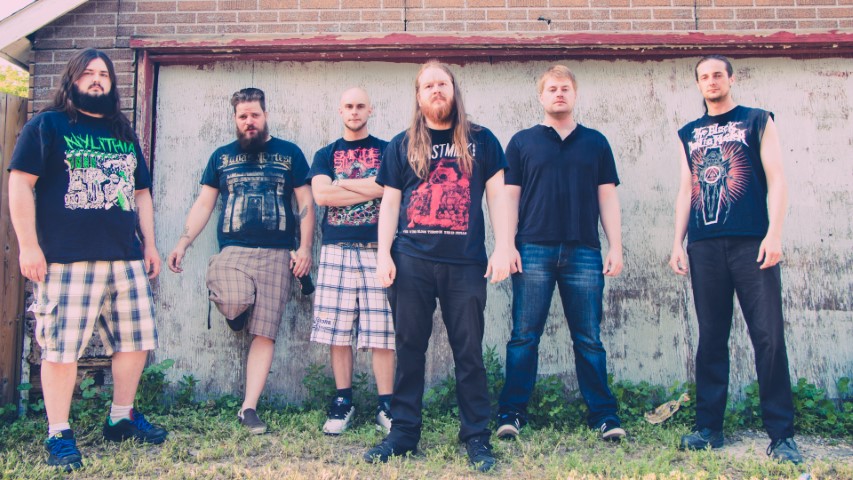 Laika is a melodic death metal band from Winnipeg, Manitoba. Formed in 2009, the band consists of Jordan Dorge, Steve Tedham, Mike Mason, Ian Garraway, Alex Kling, and Blair Garraway. They will be releasing their sophomore album entitled “Somnia” on September 30, 2014. I had the chance to conduct an email interview with lead vocalist, Jordan Dorge, so continue reading to find out more.

Influences have changed over the year but in the beginning of Laikas career we were heavily inspired by Insomnium, Dark Tranquillity, Early In Flames and many gothenberg melodic death metal bands

What, or whom, have been inspirations when writing?

The inspirations for our writing is a lot of movies especially ones with themes of fantasy and are psychological.

How was the recording experience for “Somnia” for you?

The recording of somnia went rather swimmingly I must say it helps a lot to have had these songs rehearsed heavily for 2-5 years prior.

What can fans expect from “Somnia”?

Fans can expect a very unique journey through dreamscapes and mindscapes. It follows the traditional Melodic Death metal mold but I feel like it does a good job at separating itself from the pack.

Your release party for the album is on October 11, are there songs you are looking forward to playing the most?

We are really looking forward to playing each song from the album equally, most of these songs haven’t been performed live so to finally perform them after years of writing is a very rewarding feeling.

The release party is also celebrating the fifth anniversary of Laika. How did it feel realizing that you’ve been a band for five years?

It felt pretty insane, recollecting what we have done over the past five years is incredible. the people and fans we have met have all treated us well. Actually, compiling our thank you list on this album was one of the harder things to do in creating this record haha

Are there plans for a tour to support the album’s release?

We do plan on doing a Canadian tour. At this point we aren’t sure how long it’ll be but we definitely plan on heading out there

In traditional Canadian Beats fashion, here are some ‘fun’ questions to help fans get to know you better.

There is no such thing as guilty pleasure, just pleasure. If I were to call it guilty I would say Post-rock, Foo Fighters and Future islands

My favorite foods are potatoes, ice cream, pizza and a pile of wings

What was the first album you remember purchasing?

Some of my favorite Canadian bands are Begrime Exemious, Chieftain, Bison, Adversarial, Nuclearhammer, Dire omen and Archagathus to name a few..

We hope you enjoy Somnia, we have put a lot of work into the album and we hope it shows. We are looking forward to meeting new fans in 2015 and hope to see you on the road!