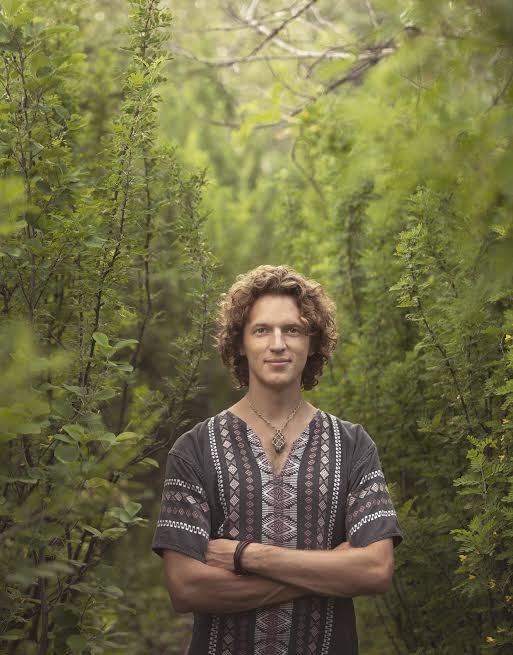 I recently had the chance to conduct an email interview with award winning singer/songwriter, Joal Kamps. Joal is from Calgary, Alberta and has won Album of the Year from the 2012 Western Canadian Music Awards for his album, “Sojourner” and Song of the Year for his first single, “Take My World Apart” at the Independent Music Awards in 2012.

He since released a new album, “Heads Is East, Tails Is West”, which is an amazing album inspired by Albertan history and Rocky Mountain folklore, you can see my review here:
https://canadianbeats.ca/2014/04/02/review-joel-kamps/

Learn more about Joal as you continue to read through this interview.

When did you first decide that you wanted to pursue music as a career path?

JK: My parents observed that I had always been drawn to the Arts since I was a young child – though It wasn’t until the last several years of my life that I really discovered a desire to pursue a full-time career in the Arts. I think I made the real decision to make a go of music in 2011 with the release of my debut album, Sojourner. I received a lot of encouragement and affirmation with its release, and I’ve been working towards a career in music and performance since then.

You have released two albums since 2012, “Sojourner” and “Heads Is East, Tails Is West”. How would you say your sound has changed between the two?

JK: Sojourner was a good foundational release where I was able to explore the boundaries of my songwriting and sound at the time. I think the new record has expanded the borders of my Rocky Mountain Folk-Pop and blended it with World as well. I don’t know if I’ll ever find my ‘sound’, as I hope to always grow and progress as an Artist.

I reviewed “Heads Is East, Tails Is West” a few months ago, and I was blown away by it! What song on the album has the most meaning to you?

JK: Whoa that’s a tough question! All of the songs have special meaning to me, but one in particular called ‘Years From Now’ holds a place extra close to my heart. I wrote the song for my wife Lauren before we ever met in person. We had the opportunity to get to know each other through writing back and forth, and once we met, the stars all seemed to align. Much of our personal journey and hopes for the future have worked themselves into the lyrics of that song.

Can you explain your songwriting process?

JK: For me it’s almost always a different scenario. I do hope to write songs that connect with people from all walks of life, as I think that songs can touch people in ways that words alone just can’t. Often times I’ll come up with a melody on guitar and begin compiling some structure for a song. The lyrics come from many different avenues. Sometimes they’ve been pre-composed poems of mine, other times they come from inspiration on the spot. They key for me is trying to marry the right lyrics with the right melody. That part can be a challenge.

JK: At the moment Lauren and I are enjoying touring around Western Canada and sharing the songs off our latest release. We are working on having Lauren featured in a few songs as well, and that has us quite excited to create new featurettes for her. We just picked up a ukulele on this tour for that very purpose!

JK: We would certainly love to do a full Canadian tour at some point. For the moment we’re focused on developing a community in Western Canada before we branch out across Central Canada towards the East Coast. We’ve heard many good things about the music scene out East, and how our music might be received. It’s definitely in our future plans.

JK: I really enjoy performing songs where we get the audience to participate with us. At the moment we do a big jam most evenings, and we have a whistling choir section in ‘Time Stand Still’ that tends to be a big hit with our audiences. I just love seeing people interact with each other and have the barriers of social awkwardness come down. We have a lot of fun with folks that come see us perform.

Do you have any advice for other Canadian up and comers?

JK: Tour, tour, tour. I know it’s very difficult to be on the road for a lot of Artists, but I think it’s still the best way to hone your performance skills. These days anyone can sound great on a recoding, but the live performance is what really matters in the end.

If you were to work with any other Canadian artist, who would you choose? Why?

JK: I would love to work with singer-songwriter Steve Bell. I grew up listening to his music and really enjoy his style. Steve is a great performer and his storytelling engages audiences in ways that have them rolling in laughter and wiping away tears. It would be a dream to write/produce with him.

When you have a day off, what could we find you doing?

JK: It’s very likely that you’d find us slacklining in a park. Lauren would be doing some crafting on a nearby picnic blanket, and my guitar would be close on hand. We love the outdoors and try to catch the sunshine as much as possible.

JK: Ellis Paul live at the Calgary Folk Club. Ellis is one of my favourite performers out there. He’s an extremely gifted songwriter and a very down-to-earth person. We had the pleasure of having him attend our concert the following evening. What an honor that was!

You’re stranded on a desert island – what three things do you want to have with you?

JK: Lauren, a bible, and a guitar. Freshwater would be nice as well…

If you were able to provide music for one television show, which would you choose?

JK: I’d LOVE to hear one of our songs on AMC’s ‘Hell On Wheels’. That would be such a dream come true!