By Jordyn Armstrong on October 2, 2014@jordynhannah95 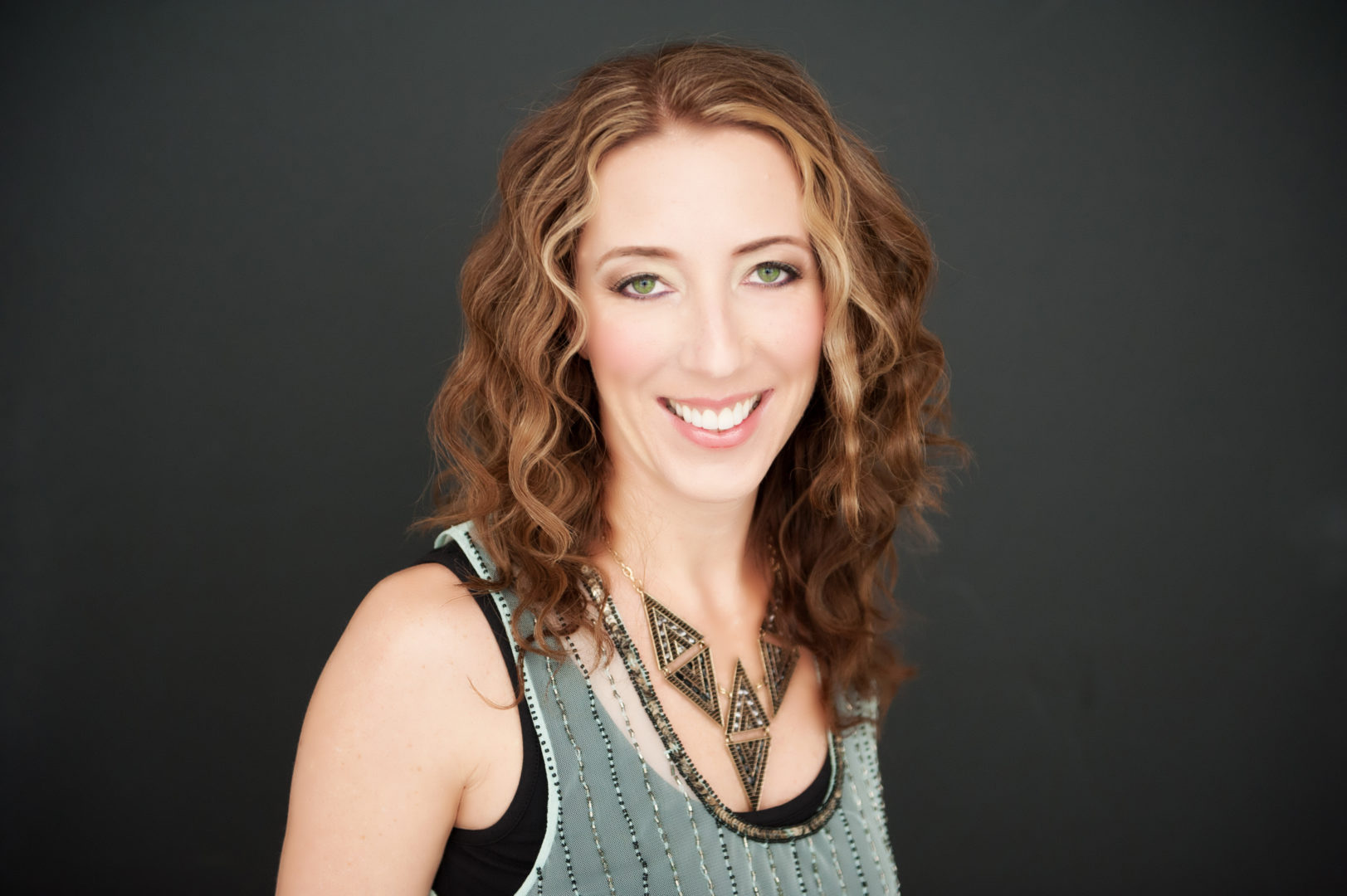 Victoria Banks is originally from Port Carling, Muskoka, Ontario. She is a country singer-songwriter who has racked up her fair share of awards and nominations. Over the last five years she has had 11 Canadian Country Music Association nominations. She was named Female Artist of The Year and won Songwriter of the Year at the 2010 CCMA Awards. Now she is working on her new album called Indigo. To find out more about Victoria, read more below!

How did it feel to receive your first award?

VB: I was absolutely stunned when my name was called as CCMA Female Artist of the Year. I started off attending the CCMAs as a songwriter, working behind the scenes, then I was a backup musician, playing on stage behind other artists, but I never even dreamed of the possibility of walking onto that stage to accept an award myself! One of the coolest things about that moment was the fact that my fellow country artist Deric Ruttan was the one who presented the award. Deric and I grew up together in Muskoka, played in garage band together in high school and I lived on his couch for 6 months when we were trying to break into the music business in Nashville as songwriters. This was back when we couldn’t afford to turn the heat on so we just kept our coats and mittens on in the house all winter. 12 years later, he’s a big Canadian country music star, announcing my name and handing me my first trophy!

What is the inspiration behind your album Indigo?

VB: Five years ago, when my career as an artist was just taking off, my Mom lost her fight with mental illness. She took her own life, just days before I walked onto an arena stage to perform for a huge audience for the first time. When you experience pain like that, it gives you a different perspective on life: a more compassionate, more introspective one. In my case, it made me ask myself a lot of questions. When I fall down, how do I find the strength to get back up? How can we watch the evening news and still somehow find light in a world that looks so overwhelmingly dark? What is life really about? The songs on Indigo come from those questions, and from the answers that I found all around me in my life, in my art, and in the people I love.

How does Indigo differ from your previous albums?

VB: Although each of my albums has been written from personal experience, Indigo is the most vulnerable. It’s raw, it’s honest, and it’s risky. When I made this record, I didn’t try to fit it into a genre, or an expectation of a sound. I just tried to capture the emotion of the songs. Instead of tracking with a band, most of these tracks were built on the bare bones of late night solo recording sessions that I did in my home studio. When I had taken them as far as I could on my own, I brought them to my co-producer, Park Chisholm, who is a multi-instrumentalist. Together, we spent 8 months layering instruments on tracks, overdubbing strings, and following the songs to where they wanted to go. I’m very proud of the way Indigo sounds. It wasn’t just about putting a bunch of radio singles on a record…it was about making a record that I would want to listen to over and over again as a piece of art.

Which song are you most excited for fans to hear and why?

VB: That’s like asking me to choose among my children! So tough. I guess I’d have to say “Angelina”. It was inspired by a picture I saw of a missing girl. I couldn’t get her face out of my head, and I kept thinking about her and wondering where she is…if she’s alive or dead…if she’s somewhere out there running away or waiting to be saved. I started writing the song by myself early one morning and had to stop after a couple of verses because I had to go to an appointment with my co-writers. But the moment I walked into the co-writing room, they started playing the EXACT melody I had been writing that morning! It was like they pulled it out of the atmosphere. The hair stood up on the back of my neck! I knew we were meant to finish the song together.

When did you realize that making music is what you wanted to do?

VB: Music was always part of the fabric of daily life for me. My family is musical, and we lived in the middle of nowhere in Muskoka so during the snowed-in winters we entertained ourselves by playing the piano, listening to Dad’s collection of antique phonograph records, and singing Bach in 4-part harmony around the dinner table. I went to the University of Toronto and earned a Bachelor’s in Zoology in an attempt to get a “real job”, but I just ended up writing song lyrics in the margins of my calculus notes. I spent summers working at the Ministry of Natural Resources Muskoka Fisheries Unit, but in my graduating year the unit – and the potential career waiting for me there – was shut down. It was that blessing in disguise of a blank slate that allowed me the freedom to choose to pursue what I really wanted to do most: write songs for a living. I worked four summer jobs, saved up my money, and packed my bags for Nashville to take a shot at trying to get a professional songwriting job. Six months later, I was signed to a publishing deal, and I’ve been putting food on the table with music ever since.

What advice do you give to aspiring musicians?

VB: Besides raw talent, there are three common denominators to every successful career in music: work, networking, and luck. You can’t control the luck aspect, but you can up your odds by working to develop your talent and networking to expand your circle of relationships. To call yourself a songwriter, you need at least 1000 songs under your belt before you can even start to understand your craft. To be a performer, you need to be on stage paying your dues and learning how to connect with an audience. So write, practice, perform, go to seminars, get lessons, read books, train yourself and be prepared spend about 80 hours a week working on some aspect of your career. Learn how to be outgoing, how to start conversations with people, and then put yourself in situations where you can meet folks in the industry who can help you. Ask questions, make friends, align yourself with other musicians and work as a team to help each other. With all of those elements in place, “success” in the music business might happen, and it might not. Ultimately, you have to be doing music because you love the process, whether the socially-perceived success comes or not. If you’re doing it to be famous – if you’re doing it for money – you’re doing it for the wrong reasons, and they won’t sustain you for the long haul.

What do you think drives you to be a Country artist instead of another genre?

VB: I listen to all kinds of music, and my new record really blurs the lines between genres, but what I do still comes from Country roots. That’s because I consider myself first and foremost a songwriter, and Country music is the home of the most highly crafted, lyrically complex, difficult and beautiful songwriting in the world. Nashville isn’t even so much the nexus of Country music as it is the mecca of songwriting at its best, and artists from genres all over the world seek out help from Nashville-based songwriters to hone their songs. All of my own efforts as an artist really stem from being a songwriter – it’s all just driven by a desire to share my songs – and being in the trenches as a professional writer for the past 18 years in Nashville has helped me develop that craft within the context of the country music genre.

How do you usually write your music, lyrics or music first?

VB: Ideas come to me in all different ways. Sometimes, it’s a phrase on a billboard sign, a piece of poetry, or something I overhear someone say in a coffee shop. Sometimes, it’s a melody that pops into my mind. A common way to write collaboratively is to start from a lyrical hook – a song title – and figure out the song from there, so I do that a lot. But I find that when I’m writing songs for myself, they tend to come into my head in chunks: words with melodies already attached to them. I have a ton of those on my phone’s voice recorder. Sometimes they’re a piece of a verse, sometimes a chunk of a chorus…sometimes I wake up in the middle of the night and I’ve dreamed an entire song and I have to record it before the idea flies away. No matter how it happens though, it usually feels like I’m more of a conduit than a source. When it really flows, it feels more like you’re discovering a song that’s flying around in the atmosphere, already in existence, and just capturing it.

The following questions are some fun for the fans:

VB: Dogs! I’ve got a Shepherd/hound mutt named Sammy Davis Junior, Junior. He’s huge, but he’s a scaredy dog. And when he barks, he sounds like a car that won’t start.

What colour do you think describes you the best?

VB: Indigo, like my record. I see indigo like deep ocean water with sunlight in it. I’ve had sadness in my life, but I keep the light shining through it. Does that make sense?

You’re stranded on a deserted island, name three things you would want with you.

VB: A guitar. A piano. And a co-writer. Then I would just be doing what I do now…but on a desert island. Sounds like paradise to me.

Is there anything you want to say to your fans?

VB: I want to thank my fans for being so supportive, personal, and open with me. Everything I do as a songwriter is about connecting with other people – I believe that’s what we’re here on earth to do – and that kind of connecting goes both ways. The fact that they stand in line after my shows to tell me their stories, the fact that they reach out over social media to tell me what these songs mean to them, that’s what keeps me inspired as a writer and grounded as a performer. So I want to thank them for that.