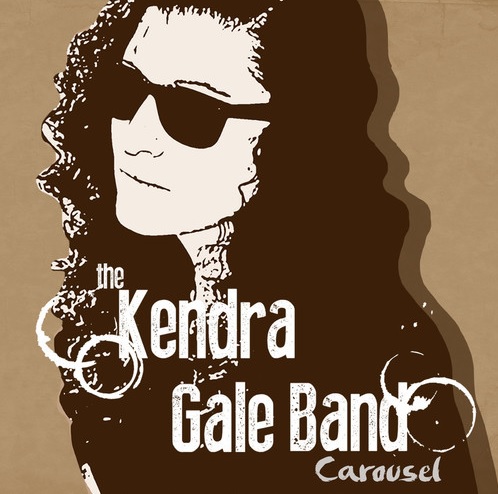 The album starts with “Owe You” which really gives me a classic rock feel, and Kendra’s vocals are powerful and full of energy. The next song is “By Your Side” and has a more upbeat feel to it. I have read that Kendra’s voice radiates confidence, and it’s so true.

“To Mexico” is one of my two favourites on the album. The track is another that totally reminds me of classic rock, with a mix of blues. Kendra’s vocals are a pleasant mix of husky and smoky. My second favourite is “The Greatest Man” which is the sixth song on the album. The song starts with strong vocals that will make you stop what you’re doing and give the song your complete attention.

I had trouble picking a few songs to talk about on this album, because each song pulls you in. “Your Door” and “Who Says” emit two completely different vibes but that being said, both songs captivate the listener and will have you hooked in no time.

If you are looking for a talented female artist to listen to, I would highly recommend you go pick up “Carousel” on itunes now. You won’t regret it.

Also, Kendra has announced some tour dates for November, so if you are able to make it to one, I recommend you go:
Thurs. Nov. 6 – Baba’s – Charlottetown, PEI
Fri. Nov. 14 – Raven and Republic – North Bay, ON
Sat. Nov. 15 – Brutopia – Montreal, PQ