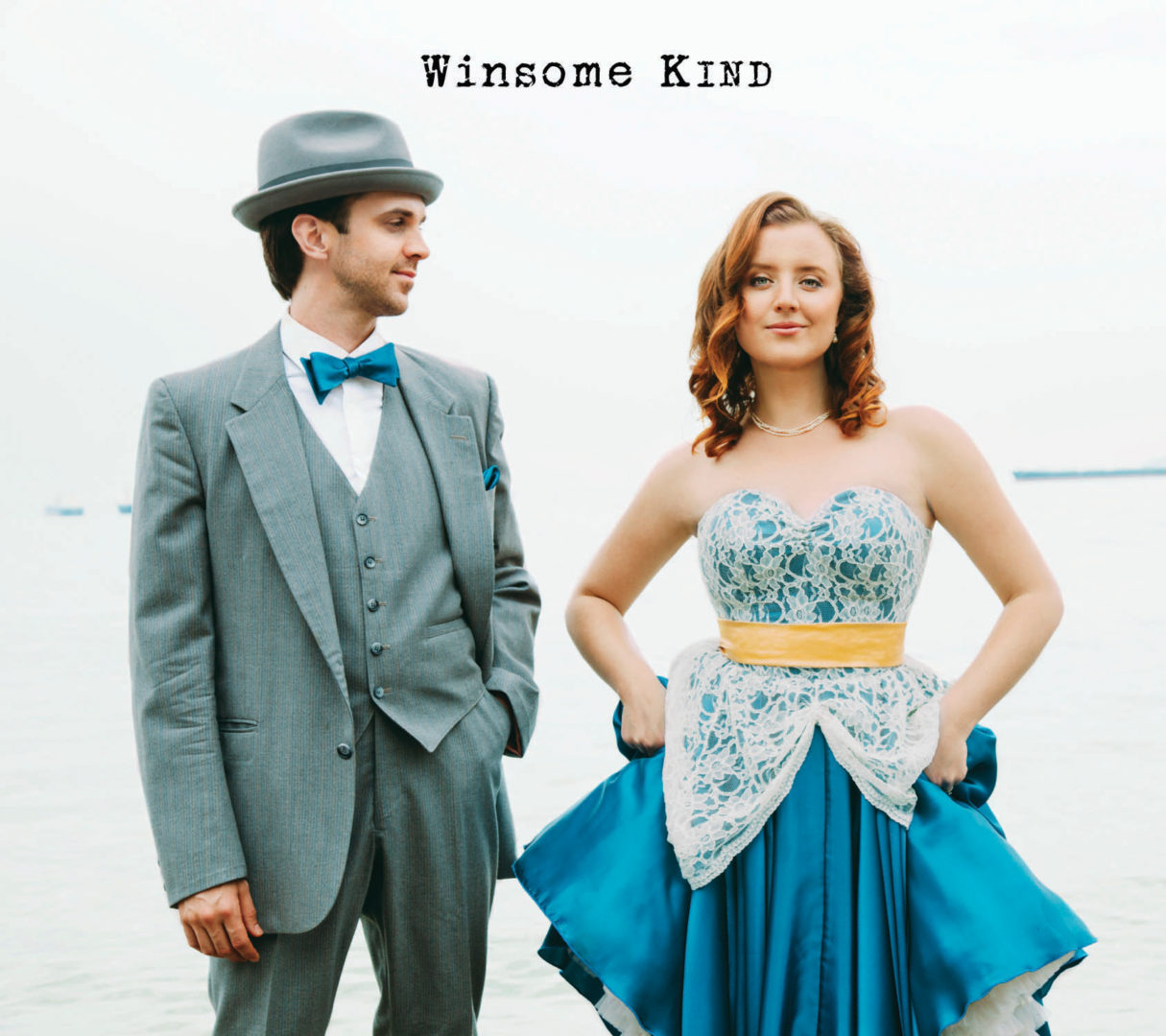 Indie folk/pop husband and wife duo Winsome Kind hail from Vancouver, British Columbia. The pair made up of Scott Perrie and Leora Joy have had quite the story. They met in Saskatchewan in a production of The Buddy Holly Story and soon later fell in love. They have performed from coast to coast on VIA Rail and have had two sold out house concerts in Toronto and Halifax. Scott also had a solo project as a singer/songwriter and released ‘Everything Gives’ in 2013 which was nominate for an Independent Music Award. He was also part of the band Redgy Blackout who won the Shore 104 Best of BC and were placed in the Peak Performance Project Top 20. Leora is also a member of the Juno nominated Vancouver Chamber Choir, as well as a solo singer and actress.

What more can this pair possibly do you may ask? Well on October 7th you can hear their debut album, as well as catch them at a few shows throughout October. Be sure to follow them on social media so you don’t miss anything about their upcoming release.

What made you two decide to release this album together?

Scott: Well, it was sort of inevitable. We started making music together a year ago, when we were travelling across the country on VIA Rail. It was on that trip that we really developed our song, sang a lot together, and people loved us. We came back from that trip engaged and started making plans to go into the studio, with all these songs that we had written together.

How different is it compared to your solo music?

Scott: It’s very different because I’m not singing lead all the time. Leora sings a number of songs on the album, some of which she wrote. And we sing a LOT of harmony together. She also contributes her musical talents and abilities. It’s such a pleasure for me to collaborate with someone who I feel so connected with, on a personal level (being that we’re married). And we also make good business partners too.

Was it hard to agree on the songs (lyrics, background music, etc.)?

Leora: No, I think there’s always a certain challenges when working as a team, but most things came quite naturally. We both come from very different backgrounds musically. I have more classical training and am used to reading music and we didn’t have charts in the studio so that was a fun and different experience for me.

A lot of bands like to spend time apart after a tour, is it hard to be together as a duo as well as husband and wife?

Leora: No. Maybe we’re just really lucky but we honestly don’t get that feeling. It’s good have alone time but usually a walk or a yoga class with do the trick.

What is your favourite song off of the upcoming album?

Scott: Depends if you’re asking me to pick the one I like performing the most or listening to from the album. I really love how “Burning Out” came together in the studio. It was one of the last songs to make it on the album and we had some of our friends join us to sing on the track. My favourite one to sing live is “Sunrise” because of the vibe of the song and the harmony that we sing in tandem all the way through.

Leora: It’s too hard to pick one! I like them all for different reason. They are all so personal to me.

How would you describe your sound? Is there a particular song someone should listen to first?

WK: We’re an Indie-Folk duo, with pop sensibilities. We sound like modern day Simon & Garfunkel. Try listening to our first single “This Much Is True”, it’s a song that draws you in with the harmonies and driving beat. Scott wrote it on his birthday last year, during our visit to Saskatchewan.

What was it like touring on VIA Rail? Are you excited to be going back at the end of October?

Scott: VIA Rail was awesome. It was an experience of a lifetime riding the train from Coast to Coast, and playing our music the whole way there. We even filmed our own homemade music video on the train, a cover of Vampire Weekend’s Unbelievers (you can find it on youtube). We’re really excited to be boarding the train again, from Winnipeg to Vancouver, with our debut album this time. Hopefully we’ll see some familiar faces on the train, and I’m sure lots of new ones!

Leora: It’s going to be a busy couple months! Our album is officially released on October 7th. Then we’re heading to Saskatchewan, where I grew up, for a little Prairie Tour. We’re to do shows in Regina, Oxbow, and then head to Winnipeg for a house concert there. We also have Vancouver CD Release Show coming at St. James Hall November 7th, and it’s being presented by the Rogue Folk Club, which we are thrilled about!

At Canadian Beats we like to ask a few fun questions so your fans can get to know you a bit better:

Who is your favourite Canadian duo?

WK: There’s so much great music out there. We like The Fugitives, they’re super cool. Also, Whitehorse is a really awesome male/female duo.

WK: This is Canadian Festival, right?  Half Moon Run, Joel Plaskett, The Harpoonist and the Axe Murderer, The River & The Road.

Where are the top three places you would like to travel?

Who would your dream collaboration be with?

Leora: I have a secret dream to sing with China Forbes and Pink Martini. That would be crazy fun.

Scott: I’m a huge fan of Rick Ruben and the album he made with The Avett Brothers and I also really like Brandi Carlile’s album The Story that was produced by T-Bone Burnett. To work with any of those producers or collaborate on a song with those artists would be… whoa.

Scott: Anything by Vampire Weekend is the staple on the ipod but these days we’ve also been listening to David Francey’s latest album quite a bit. We also listen to a lot of vinyl at home. This month we’ve been spinning Carol King, Cat Stevens, The Beatles, Gordon Lightfoot and Half Moon Run to name a few.

Do you have any favourite Canadian bands/artists that you would recommend to your fans?

Leora: Try anybody on our festival line-up list! There’s so much great Canadian music these days.

Leora: We appreciate you taking the time to listen to something new. We make our living 100% as artists and it means to much to us to have your support. Hopefully we’ll see you at one of our live shows soon!