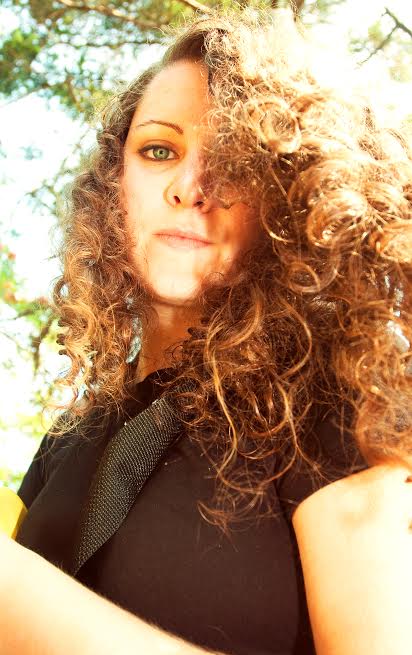 New Brunswick’s, Kendra Gale is about to release her new album, “Carousel” on September 30, so I decided it was the perfect time to ask this New Brunswick award winner (Fredericton, New Brunswick’s Harvest Jazz and Blues Rising Star, as well as 2014 East Coat Music award nominee) a few questions.

KG: I don’t remember it ever really being a decision, I never stopped and said “Hey you know what I want to do this as my job” I just always loved playing and writing and never had another plan for different career.

How would you explain New Brunswick’s music scene?

KG: Very welcoming and encouraging I guess between most musicians I’ve worked with or met. Everyone just wants to see each other succeed, for the most part it’s very positive and feels kind of like a big family.

You are set to release your new album, Carousel on September 30, what can you tell us about the album?

KG: To me it’s the most like what you will hear us sound like live, there isn’t a lot of extra stuff going on like solos that you won’t hear live and other instruments like keys that we don’t have.

The album is your fifth release, how would you say your sound has changed through the five albums?

KG: the first 3 cds are very folky kind of pop rock, and the 4th one gets a bit heavier as I start to try and write a bit differently and now with the 5th one I’m starting to feel more comfortable and know the sound I want.

What song on the album has the most meaning to you, and why?

KG: The one that has the most meaning to me is It Will Be Alright, I won’t get into the story because it’s pretty long but it’s just about my relationship and I wanted a song to tell them I will always be here no matter how hard things get and I love them.

You have released some tour dates in NB , as well as PEI, Ontario & Quebec, when can your fans expect a full tour?

KG: No plans yet but hopefully not too long.

If you were able to work with any other Canadian artist, who would you choose?

KG: I can’t really think of any I would like to work with that I haven’t, most of the musicians and people I look up to are my friends and I have either gotten to work on something with them or have shared a stage in some way. I guess one person I would like to work with more that I have only gotten to open for once would be Jessie Brown from Halifax. I really love her music and her vocals are crazy.

KG: I don’t have just one but some of my favorites would be Ross Neilsen, Little Foot Long Foot, Scarlett Jane, Jessie Brown and the Black Divine, Earthbound Trio, Chris Colepaugh and Carmen Townsend.

Here, at Canadian Beats we always like to include a variety of “random” questions that may help your fans connect with you.

KG: I don’t remember, but I do remember the first CD that I got for my birthday when I was 10 I think and I got it with my first CD players and it was Brittney Spears. Like I said I was 10.

Think back to the first concert you ever attended, who was it?

KG: The first concert I that I remember was Sum 41

KG: I think I’ve only sang karaoke twice and I sang Brittney Spears, and Paradise By the Dashboard Lights by Meat Loaf.

What would your fans find you doing on a day off?

If you could write a song for any TV show, which would you choose?

KG: Maybe the Walking Dead, I have a song about Zombies and I love that show and the graphic novels, I wrote it based off of Shawn of the Dead. Or it would be pretty cool to get one on Orange is the New Black.

Put together a tour with all Canadian artists, who would you put on the tour lineup?

KG: Probably the ones that I listed in my favorites.

KG: Thanks for all the support and I hope to see you at the shows.